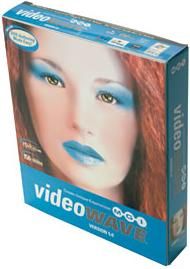 Video editing tools have almost become standard features on new computers. This has created a demand for novice-level video editing programs. One of the most widely distributed is VideoWave, now in its fifth incarnation.

Roxio is perhaps most well known for it’s Easy CD Creator software, widely distributed in OEM (original equipment manufacturer) deals with CD burners. VideoWave, on the other hand, was widely distributed by MGI in OEM deals with video capture cards. In January 2002, Roxio bought out MGI and, until the next upgrade (see Zoom In, page 12), Roxio will continue to ship VideoWave 5 (VW5) in MGI boxes.

The software has a non-standard Windows user interface. Most novice-level editing applications do, but we hope that someday, somewhere, someone will do a little usability testing on one of these interfaces and see if they really are effective. It takes some time to learn what all the unique icons mean along the left side of the application. VW5’s interface was fairly clean and scaled nicely at higher resolutions, but we couldn’t resize it and the Windows Taskbar didn’t automatically pop up.

It was easy and non-problematic to capture DV and analog video footage. Scene detection was optical and applied to already captured files; it took half real time to complete. We could easily adjust the sensitivity of the detection, but we found the default setting to be accurate. Library thumbnails clearly indicated the detected scenes and working with these scenes was effortless.

VW5 uses a storyboard metaphor called a "Storyline." Storyboard editing is one of the easiest ways for hobbyists to quickly edit video. We accomplished simple trimming and splitting in the "Cutting Room" and really liked that we could set the clip thumbnails on the timeline to any frame in our scene.

VW5 gave us instantaneous previews when we worked with an effect in Special Effects mode. There was also no delay when we applied the effect to the clip on the storyboard, where it would also preview in real time. This rapid response and previewing was also true for titles and transitions, no matter how complex.

VW5’s audio editing capabilities are weak. When switching into Audio mode, the application paused for a significant amount of time (measured in tens of seconds) as it loaded the audio into the computer’s memory. The most serious problem with VideoWave’s audio editing is that additional audio tracks did not preview with the project when we returned to the Storyline. It was impossible to hear background music until we rendered our final movie. This also meant that while it was quite easy to time the start of an audio clip, such as a sound effect, with a particular event in the video, it was not possible to line up subsequent video events or clips with longer audio clips, such as music.

Previewing the entire project was not particularly easy. Only video clips that had been selected were previewed when we clicked the Play button. In other words, to preview our project, we needed to select all of the clips on the Storyline before we clicked Play.

A couple of VW5’s effects and extras were nice. Instead of just a simple slo-mo tool, VW5 had a nice motion interpolation feature. We also liked the simplicity of the Video Mixer mode, which let us overlay video, either in a picture-in-picture effect or as a chromakey superimposition (called "Remove Color" in VW5).

The manual suffered from a dearth of information about the most basic functions, but covered many advanced functions in adequate detail. It had a nice section outlining various output formats, but the remark that MPEG-2 is "Suitable for output to DV" is just plain wrong (only DV is suitable for output to DV). The Help file was better.

VW5 had a number of output options, from standard AVI files to MPEG encoding. The default DV template had the audio set to 32kHz@16bit, which is not a part of the Blue Book spec for the DV format. The program included a DVD authoring feature that seemed nicely integrated at first, since we could click the tempting DVD button at any time while we edited. When we did so, VW5 opened a separate companion DVD application, that confusingly looked exactly like VW5, except that it was slightly bluer and it didn’t have anything at all to do with the current video editing project we were working on. So, although the DVD application appeared to be integrated, we still needed to edit and render our video in the video editing application, run the DVD authoring program and then manually import our video into it. DVD authoring itself was straightforward. We liked the ability to manually set chapter points within a particular clip and appreciated the automatic MPEG encoding of video to the proper format.

You Be the Judge

If VW5 was bundled with something else you’ve purchased, give it a try. But with significant audio editing limitations, a less-than-intuitive workflow and a smattering of minor issues that should not exist in a fifth-generation product, it is difficult to recommend this application to anyone who wants to do anything beyond simple, basic edits. Since Roxio has only recently acquired VideoWave, it’ll be interesting to see what they do with the next version, when its name (and reputation) will be on the box.

Analog capture board and/or