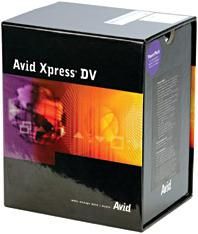 Around the globe and in the elite realm of Hollywood movie magic, Avid is one of the big players in the industry. In its heyday, the Avid Media Composer (the flagship of the Avid line) was delivered inside a Mac, albeit a relatively slow Mac by today’s standards. The prized Avid software solution could cost over $100,000. "Let’s see, should I buy a house, or purchase the Avid?"

Now, every kid with a newer computer has digital video-editing capabilities. And now, fueled by the flood of reasonably priced editing products, Avid Xpress DV, a software-only editing solution, has hit the consumer market.

Avid Xpress DV is targeted toward the intermediate to advanced DV storyteller, offline editing professionals and anyone who wants a reliable editing interface that’s been tempered under the fire of countless users. At this price point, however, the PowerPack seems targeted at serious videographers who are making money with their equipment.

The full package includes the standard 2.0 version of Avid Xpress DV, as well as the ready-to-rumble PowerPack bundle, which is stuffed with many Avid and third-party software treats. By itself, Avid Xpress DV 2.0 comes to the shelf at a we’re-not-givin’-this-stuff-away price of $1,700, and the added muscle of the PowerPack brings the ticket up to $3,000. Moreover, if you lose the required USB dongle, you must purchase a replacement, which can be very expensive. Within the PowerPack, Avid adds its own ePublisher and Sonic Solution’s DVDit! for alternative electronic media output. Boris Graffiti, Knoll LightFactory and Pinnacle Systems Commotion DV are included for a boost to the FX capabilities of the package. Also, Avid gives the PowerPack purchaser its FilmScribe and Log Exchange applications. FilmScribe makes cut lists from film source material, not a usable function for most, and Log exchange can take Edit Decision Lists (EDL) from other sources and turn them into readable documents for the Avid Xpress DV software. Along with the healthy PowerPack assortment we received comes an extensive resource literature set in a handsome library shelf box. The manual is easy to understand and makes using the Avid editing solution painless.

The Avid Xpress DV software uses a DV codec driver from Canopus and we had no trouble acquiring footage from a Sony PC5 Mini DV. The Avid Record tool is a simple pleasure. The user can jump from either Record mode or Log mode to create a batch list for future acquisition. Machine control on our test unit with our camera was flawless.

Good Looks and Smarts Too

The first thing you’ll notice when opening a project in Avid Xpress DV is the interface’s clean, uncluttered design. There just seems to be more room on the desktop. The buttons and tools are simple, graphic representations of their specific function and even if you don’t, or won’t, open the manual, you’ll find them extremely intuitive. Several timeline characteristics are plusses when it comes to navigation and edit moves. In particular, the ability to individually expand each track width separately is an invaluable attribute. For example, we took an audio track that we were laboring over and expanded it to fill nearly the entire computer monitor with the area in question. Avid has always had this flexibility, but it is a trait that other video-editing solutions have not been able to master. Also, the Avid scrub function and the expansion and contraction of sequences are smooth and speedy.

Many of the new, much touted, software releases from Avid’s rivals stutter and jerk or hesitate to respond at all to quick timeline navigation. Not so in our experience with Avid Xpress DV. Scrubbing was smooth as silk.

We tested the Avid Xpress DV 2.0 PowerPack on an IBM ThinkPad running Windows 2000 Professional with a Pentium III and a single 30GB ATA 100 drive with a Pyro 1394 Port FireWire card from ADS Technologies. Although we had to render simple dissolves and all video filter effects, we were pleasantly surprised that audio gain and equalization adjustments played back in real time, without any detectable hardware support influencing playback. Here’s another plus. When a video transition or filter effect that required rendering was added, the video clips and cuts played back unaffected in place of the unrendered effect. This was a welcome feature, rather than encountering some blue gradient screen announcing the need for rendering. This was a headache saver to us. When we applied a color effect, we could play back the unaffected video and keep working on the timing of our edits, knowing that when we chose to view the color effect, we could choose to render. We felt this was very good performance for a stock laptop editor.

Along with Pinnacle Commotion DV, a fully functional compositing and rotoscoping application, Sonic Solutions DVDit!, Avid ePublisher and Media Cleaner EZ, along with Boris Graffiti could make for some very advanced visual manipulation and output options. The Avid Xpress DV 2.0 PowerPack is just that, a power pack, and it could be your solution to getting a computer-editing job done with minimum hardware and maximum software. Avid is a name that can surely be trusted and the fact that consumers can enjoy this prestigious editing environment at a reasonably attainable cost is a monumental development.