Ulead’s MediaStudio Pro 6.0 is the latest incarnation of their popular editing software. While it is sometimes overshadowed by its main competitor (Adobe Premiere), there are many satisfied and loyal users of MediaStudio. Intermediate and advanced videographers looking to get started in computer editing should do his homework and give MSP 6.0 a serious look before deciding on that other program.

By incorporating native support for FireWire and MPEG-2, Ulead is keeping its product on the leading edge of technology (and ahead of its competitors), yet MediaStudio’s video editing interface is powerful and fairly easy to learn. While the individual applications that make up MediaStudio Pro aren’t setting records as individual tools, when used together, they make MediaStudio a formidable suite of editing tools.


We opened the package and put the program CD into the drive of our test machine, a Pentium III 550 with 128MB RAM and a 20GB hard drive, running Windows 98 SE, with a Canopus DV Raptor capture card. As soon as the CD got up to speed, the initial screen for the MSP 6.0 installer appeared. Installation took just a few minutes.

After we rebooted the computer, we ran the Video Capture application and captured some footage. Capturing with the Video Capture application was straightforward and we had no trouble capturing footage from our Canon GL1 through the IEEE 1394 FireWire port. Because MediaStudio Pro edits DV natively, there is no transcoding to another format, which helps to retain image quality.


Once we had captured our footage, we began to edit by piecing together a short program. We found the MediaStudio Pro interface easy to work with and intuitive. The look of the program seems a bit more fun, more bright and airy than Premiere, yet its still a serious editing program.

MediaStudio Pro is comprised of four distinct modules: an editor, a character generator, an audio editor and a video capture application. At first, we were put off by these divisions, but once we got used to switching from one application to another, we liked how the program worked. When you start MediaStudio Pro 6.0, you automatically go to the editor. From here you can easily switch to the other tools. We liked the Video Editor, which has a user-friendly feel, a learning curve that wasnt too steep for newcomers and the flexibility to accomplish just about anything we could imagine.

We also liked the media browsing capabilities, which provides the ability to catalog all kinds of media in one place, so you dont have to fumble around looking for the different elements for your project.

The layout of the screen is pretty much the same as other editing software. Its a timeline-based editor that makes it easy to organize and view your project. Its got room for 99 tracks of video and audio, so youll never run out of editing room.

With the 100-plus transitions included with MediaStudio Pro we had no limits on our transition choices. Besides the old standbys, such as barn doors, dissolve and diagonal wipes, there are also some pretty nifty 3-D transitions. We dont expect that anyone will ever use all of these transitions, but its nice to have such a wide selection, just in case.

Theres also a convenient bin to store clips, and two monitor windows, one for the clips on the timeline and another one to preview clips in the clip bin.

We did experience a couple of program errors, one of which caused Windows to generate a "program not responding error" and the other caused Media Studio Pro to appear to stop responding. Both times, we simply re-ran Media Studio Pro and we were off and editing again. Needless to say, its a good idea to save your project often so you dont lose time and work.

The Rest of the Suite


We liked the other applications that make up Media Studio Pro. They include a character generator, an audio editor and video capture module. Although the real powerhouse is the video editor, these other tools made it easy and convenient to tweak and enhance our project.

For instance, the audio editor allowed us to trim our audio clips, to normalize the volume levels and to add some depth. From within the timeline of the video editor, you can trim audio clips, adjust the rubber bands, and generally perform simple adjustments to your audio clips, but if you want to do more, like add special effects, youll want to use the audio editor. It allows you to flange the clip, add reverb, or reverse it. This kind of flexibility is handy, and provides functionality that Premiere does not.

The character generator program, CG Infinity, gave us some really cool options for getting text on the screen, including a variety of textures and styles, crawls and scrolls and colors and shades. Gradient text, outlines and multi-pattern backgrounds are just the beginning of the choices we had. We could also play around with a variety of text styles, overlays, shapes and crawl patterns, all easy to select and apply.

Although we would have preferred to see the other applications presented as dialog boxes within the video editor, Ulead has done a good job of integrating these applications into an actual suite. Also, the suite approach may make it easier for new editors to learn each piece without being overwhelmed by trying to learn everything at once.


If youre looking to acquire a robust editing solution and you have a computer system on which to edit, definitely check out Uleads MediaStudio Pro 6.0. It does everything Premiere can, and is much easier to learn. For this reason, it is to new computer video editors that Media Studio Pro will probably have its greatest appeal while people running Premiere are not likely to switch. We were left with a very positive impression of MediaStudio Pro 6.0. In many ways, we found it to be more powerful than Premiere, such as native DV and MPEG-2 support (resulting in fewer file format conversions, for better image quality) and a superior standard titling application. MediaStudio Pro 6.0 is well worth your consideration. 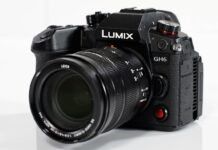