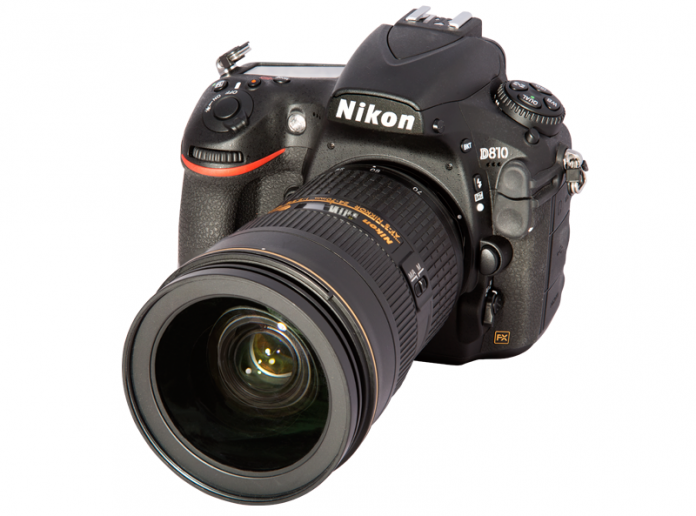 What happens when an unstoppable force hits an immovable object? That’s a question that’s plagued great minds since the dawn of philosophy. In the same vein, what happens when you try to improve perfection? Though that may seem like an oxymoron, Nikon has somehow found a way to do just that with their new D810. Not only does the update to the Nikon 800E take sharper video and pictures, get more frames per second, and shoot more stops of dynamic range, it also has a price that’s within range of both professional and hobby photographers alike.

When Nikon first released the D800, the predecessor to the D810, all of the focus was on the surprisingly large pixel count. The sensor could record RAW images at a whopping 7,360×4,912 pixels. Knowing how successful that feature was, it’s no surprise that Nikon’s newest model, the D810, keeps the same resolution giving you the ability to take pictures with the kind of detail that was once the exclusive domain of scientists and spy satellites. While this may sound great in theory, the reality is that it takes up a serious amount of space. We’re talking 72MB-per-image kind of space. This means that you’ll likely find yourself shooting with cards that are 32GB or higher especially if time-lapses are part of your shooting repertoire. With the D810 all of that changes. In its newest model, Nikon included the ability to set the camera’s RAW dimensions to 3,680×2,456 in a mode aptly named “small RAW” giving life back to eight and 16GB cards the world over.

High pixel counts are great, but it’s not the feature that will get cinematographers pulling out their hard earned cash. Cinematographers primarily need a large sensor and a fast processor. Nikon delivered just that by including a full frame 36x24mm sensor and an updated EXPEED 4 image processor in the D810. Having a full-frame sensor means that cinematographers can expect super wide angles and beautiful shallow depth of field shots that look like they came right out of a Hollywood film. Additionally, the increased space on the sensor means fewer light leaks from one photodiode to the next, which will result in less noise in the image. This means that you’ll finally be able to set your camera at an ISO of 1600-2000 without worrying that you might have to ditch the image or video in post.

In addition, the new EXPEED 4 image processor can crunch photos (even 36.3MP ones) 30 percent faster than their former processor without giving up detail or color accuracy. In fact, the boost in processing speed means that the D810 can shoot at 5 fps instead of the 4 fps that was once the limit for the D800. While 5 fps may not be quite fast enough for the hardcore sports photographer, the boost in frames puts the D810 squarely on the radar of both wedding and news photographers. Even more exciting, the faster processor also allows the D810 to shoot 1080p video at 60 frames per second. This means that if you’re editing in a standard 24 fps timeline, your footage will appear 2.5 times slower than real time — something that was only possible at 720p in the D800.

As any cinematographer who has used a broadcast camera knows, having external controls to quickly change camera settings is a convenience that is tough to live without. When clients are paying you good money to get a shot, the last thing they want to see is a shooter who spends half their time digging through menus. Thankfully, the D810 has external buttons for all of the most commonly used controls cinematographers need. There's the usual front wheel and rear wheel for quick iris and shutter speed changes, but there's also a circular selector for the menu, a dedicated switch to toggle video and stills in live-view mode, a mode selection button and best of all — four buttons on the top of the picture mode dial that allow you to quickly change ISO, white balance, picture quality and bracketing settings. We were also excited to see an external video record button that was conveniently placed right behind the shutter button. Though Canon, Sony and Panasonic DSLRs all have similar external controls, we found Nikon’s placement to be far more intuitive and ergonomic.

When we last reviewed the Nikon D800, we mentioned how overlooked their internal time-lapse feature was. While most DSLRs require an external controller or a tethered computer to do a time-lapse properly, Nikons are able to do it with a few quick hits of a button. The D810 improves on Nikon’s dominance by allowing for 9,999 photos instead of the D800’s 999. This means that you’ll be able to catch time-lapses that last for an entire day without having to worry about running out of images.

Of course, it wouldn’t be possible to get a time lapse of an entire day without a battery that can last throughout the day, too. To address this, Nikon designed a whole new battery for the D810 that is 33 percent longer-lasting than the previous battery for the D800. We found that the battery lasted for almost 2,000 pictures when taking a time lapse and around 45 minutes of video recording during our tests.

The Nikon D810 also has an improved 3.2” OLED screen that has 1,229k dots of resolution. This higher resolution proves to be very useful when zooming in to check on focus. In addition, you can customize the colors of the OLED screen through the camera menu system which allows you to eliminate any tint that the screen may have. The camera also has a hot/cold shoe for powering microphones and flash units as well as dual card slots for simultaneous photo backups or for contiguous video recording.

Though it was primarily designed for taking photographs, Nikon has done a great job of integrating video into the D810. When it comes to video, most DSLRs tend to highly compress their footage to save on space. This leads to artifacts, moire and splotchy colors. Though the D810 keeps the standard lossy H.264/MPEG-4 codec, it went a step further than most video capable cameras by allowing an uncompressed video feed via HDMI. Doing so gave us the chance to record a much higher quality image to an external device. In addition, the Nikon D810 also got rid of the optical low pass and anti-aliasing filter which made both our pictures and video look sharper.

As important as compression quality is to a serious cinematographer, getting a good, clean audio source is arguably even more important. This is why it comes as such a relief that Nikon included audio controls and (gasp) a headphone jack on the D810. With these features, it’s possible to fix the kind of sound issues that are hard to see on a volume meter such as excessive room noise, buzz and humming. Speaking of volume meters, the D810 has visual audio meters when in Live View mode. This was helpful for knowing how loud our audio was whenever it was too impractical to wear headphones. That being said, we were a little disappointed to see that Nikon still hadn’t included a button to change the input volume for the microphone without having to dig through the menu. However, they more than made up for this by including USB 3.0 on the D810. USB 3.0 allows for transfer speeds of 5Gb/s, making it at least 10x faster than USB 2.0 so that shooters using the D810 can save a lot of time ingesting footage. This is especially important considering how large the NEF files on the Nikon D810 can be.

We took the camera out for a spin and were more than impressed with its capability to shoot clean and professional video. By getting rid of the low pass and anti-aliasing filter, we found that the D810 fared well against patterns that usually produced unsightly moire. That being said, we still found ourselves dealing with some rolling shutter issues even though it’s been a known issue for a long time with Nikon DSLR cameras. Also, the camera felt a little heavier than we’d like for extensive handheld shooting. Even so, there are so many features to love about the Nikon D810 that it’s definitely still the best DSLR in its price-range on the market today.

Even though it seemed impossible, Nikon has made the perfect DSLR even better with the updated D810. With its full 35mm sensor, myriad external buttons, faster processor, uncompressed video out, sharp OLED display and superb audio controls, the D810 is once again the camera to beat in the DSLR video world.

Dan Bruns is an award-winning cinematographer and editor who has worked in video production for more than a decade.