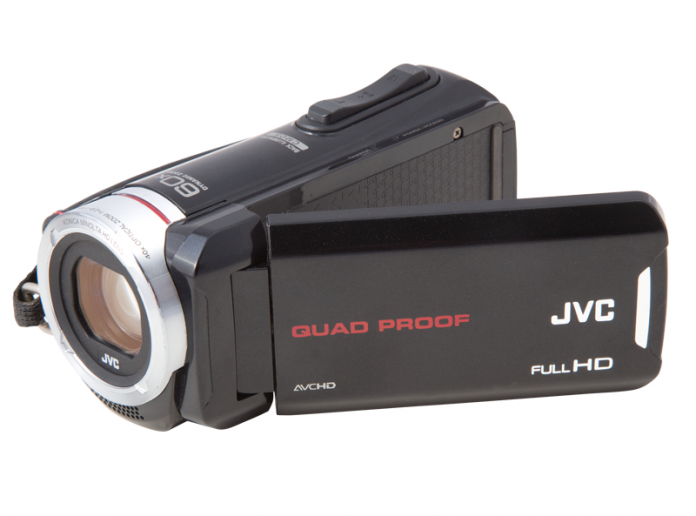 There are a lot of people out there that seek adventure and some of those people like to document their adventures, and what better way to do that than with video? With the sight and sound of intense moments, who wouldn’t want to share it with others? The need for action video camcorders continues to rise. People are testing the limits and their cameras are sometimes receiving the blunt end of the action. Adventure seekers alike will take their cameras for a ride through some of the roughest and dustiest places and they might drop it once or twice onto hard surfaces and into the water below. With all the focus on the need to protect our spectacular moments of greatness, we need a camera that can not only protect our moments, but can also withstand the elements itself so that we can pick it up out of the dirt and water and continue recording the action. So with the need for indestructible HD action cameras growing daily, there has not been a zoomable camera with an LCD screen that is water, dirt, shock and freezeproof without the use of hard protective cases — until now.

With the introduction of the GZ–R70 at this year’s CES convention in January, JVC let the world know that there is an HD video camera that doesn’t need hard cases for protection. The GZ-R70 is a Quad Proof camera, meaning it can be taken anywhere and it can withstand the elements of everyday life, or for some, the everyday thrill seeking life. Waterproof down to 16.4 feet, dust and dirt proof, shock proof at 4.9 feet and freezeproof to 14 F. Those are the stated specs that make this HD video camera Quad Proof, and from what we’ve tested, this camera does exactly what JVC says it can do and more.

On top of being Quad Proof, the GZ-R70 has a 60x dynamic zoom and a built-in image stabilizer, which really helps to capture objects at great distances. While in San Francisco, we tested the zoom by recording a helicopter that was hovering at about 300 feet above the city and 400 yards away. By using a parked car for assisted stabilization, we were able to frame the helicopter close enough to where we could almost see inside the cockpit. The 60x dynamic zoom works amazingly and with the built in stabilizer, the steadiness of the video footage had little-to-no disorientation. Without a tripod it might be tricky to capture completely steady footage, but for those times that you don’t have a tripod, all you need is Everio’s built-in image stabilizer and a sturdy object to lean against and you’ll be capturing some smooth video. Another built-in feature is the ability to capture time-lapse videos and photos. Recording at intervals of one second and up to 80 seconds, you will capture some stunning moments from day to night and with the 2.5M back-illuminated CMOS sensor built into the camera, you can capture your timelapse sequence with clear images and detailed coloring, even during those low-light times of the day.
Advertisement

We need a camera that can not only protect our moments, but can also withstand the elements itself.

The GZ-R70 also provides you with the luxury of 32GB internal memory, which means you don’t need to use an SD card. If you do choose to use an SD card and it malfunctions, the camera will back up your footage. But as JVC reminds us, “always make backups to prevent the loss of important recorded data.” JVC has taken into account all the lost footage that people have shot while filming their adventures. By developing a camera that protects both your footage and the camera itself at the same time, JVC has created a true action camera. The GZ-R70 offers some really advanced video recording and with all of the built in features this awesome little camera will be helping you to capture some stunning HD videos.

Weighing in at .62lb., you can pack the GZ-R70 with you on all different types of adventures and you won’t have to deal with the burden of a heavy camcorder. With the ability to go to a depth of 16.4 feet underwater, which is enough for most people, you can take the camera with you on your next snorkeling excursion or virtually any pool. We took the GZ-R70 into a pool that was a little more than 10 feet deep and tested the clarity of the footage by jumping into the water and swimming around at all depths of the pool. When we reviewed the footage it was very clear and the transitions from above to underwater were nice and smooth. Another thing that we found out while testing the camera at the pool was that the GZ-R70 will float if you accidentally drop it into water. This goes to show how lightweight and waterproof this camera really is. For people who are concerned to shoot around water, you won’t have to worry any longer, the GZ-R70 is here. Just be sure to not drop it into water that is swiftly flowing away from you.

The concern that we thought we might have was with the LCD screen, which is yet another wonderful feature on this camera. Since the camera is waterproof, the LCD screen is also waterproof, allowing you to see what you are recording while you are underwater. As we found out during our testing, you’ll want to come up for air as often as you can just to check out the awesome footage that this camcorder can capture underwater.

Lastly, with the GZ-R70 being waterproof and dustproof, you won’t have to worry about dirt getting into the different compartments during a dust storm. With the rechargeable lithium-ion internal battery sealed into the camcorder, you don’t need to remove anything and with 4.5 hours of run time, who needs to change the battery anyway? One of the greatest things about this camcorder being waterproof and dustproof is that you can easily rinse the camera off when it gets covered in dirt and mud. It’s waterproof, it’s dirtproof, it’s shockproof, it’s freezeproof and it can change the world and the way we can use our video cameras.

No Case to Close

With the market for action video cameras booming and with the ability to purchase them at any big store, it makes it difficult to choose the right camera with all the different options. With JVC’s Quad Proof Everio GZ-R70, you will be purchasing a close to indestructible camcorder that you can rely on for a multitude of situations. Though no camcorder is completely indestructible, this small, yet tough camcorder offers you the ability to worry less about where you take your camera, so you can focus on actually capturing your footage. Definitely consider this camera and if you have a chance to use JVC’s GZ-R70, you will quickly understand what it can do without the use of hard protective cases. Quad Proof is the future of action cameras and GZ-R70 is leading the charge.

Zac Fernandez is a freelance videographer and photographer and has worked as director, editor, and cinematographer on numerous international documentary films.