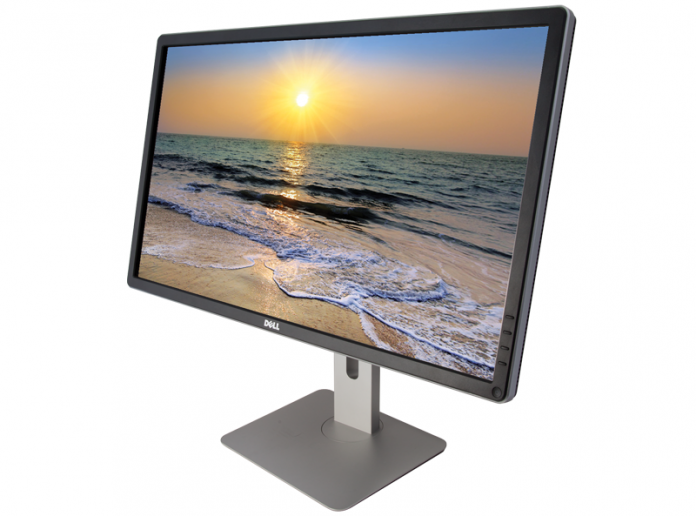 But, just as it was when the standards switched to HD from SD, 4K movies can be a minefield of buzzwords, resolution hedging, poor frame rates and shallow color space. Dell introduces their 4K monitor, the 28-inch P2815Q. Painstakingly designed for post-production, and at a relatively reasonable price, is it a viable monitor for the video professional?

You'd be extremely hard-pressed to find another 4K monitor to seamlessly integrate into your post production workflow with better quality in this price range.

Drilling Into the Specs

Let's be fair, this is a beautiful screen. The colors are rich, the blacks are black and the design is great. With that out of the way, it could be a tad better. The 30Hz refresh rate at full resolution, and the 5ms response time can certainly be improved. But remember, this is a 28-inch 4K monitor priced at well under $1,000. Contrast that with the HP ZR2740w (2560×1440) at $900, and it's a great value. Also, that 28-inch rating doesn't get cropped off by the frame around the screen, it's truly a 28-inch viewable area. Great contrast (1000:1), perfect viewing angles (170-degrees horizontal, 160-degrees vertical) won't leave you playing musical chairs with your client for optimal viewing and the anti-glare coating doesn't affect clarity nor color.

It's lean too. The narrow frame will allow you to use multiple monitors without the giant gap to traverse when moving your mouse across the desktop. There are no speakers on the monitor. Some may wrinkle their nose at that, but a professional would be using powered speakers on a good sound device (not mixing using tinny speakers on their viewing screen). It's light at 11.4lb., so using third-party stands for your multiple monitors won't rip the corner off your desk.

Alright, but how does it feel to use?

Unless you're using OS X or Windows 8 or newer, text is tiny. If you use this monitor for writing documents, you'll need glasses. If you don't need glasses, you soon will (from all of the squinting). Fitting that many pixels on a 28-inch monitor results in breathtakingly clear imagery, but reading can be problematic. Also, your wrist will soon need a brace. As icons and text gets smaller, exacting pixel-accurate clicking with your mouse will require more skill. But, if you're using this monitor to surf the Web, or write in Word … you should be mocked … publicly. This is a proper post-production monitor.

The color is extremely accurate right out of the box, and the monitor has all of the familiar controls for setting it to your taste. Using a Huey Pro color calibration device and calibration software, barely made any difference to the image. Although we'd suggest using such a device on any screen, this screen seems to only need one for adjusting the monitor for the changing light conditions between open windows and office lighting. In such cases the P2815Q adjusted to the calibration software commands perfectly.

The 30Hz refresh rate can be a little odd when editing 24fps footage. We used the 4K monitor primarily as a preview monitor within Adobe Premiere Pro CC in a RED project. A professional in post-production, (who has to remember to blink when looking at video) will pick up on a slight strobe effect when editing 24p footage. After about three hours solid of editing, this author felt a bit light-headed. So … take some breaks. Nobody should sit at a computer without looking away for that long anyway.

Let's reiterate that the Dell P2815Q has amazing color and clarity. If you've ever been swimming and come up, then your ears unplug and you imagine you can hear like never before… that's what this monitor is for your eyes. Considering the relatively low price, you'll find yourself taking all sorts of things for granted. Remembering having to edit 4K movies in low-resolution proxies (and then having to re-edit when re-uprezing the project because of flaws never noticed with proxies)? Editing 4K movies now has the post-production workflow of editing for TV. Computers are faster, video cards are beefier and 4K monitors such as this Dell P2815Q are far more financially justifiable. Crowding around a workstation for dailies and editorial reviews is far more efficient than the entire post production department schlepping down to a theater for minor reviews.

This 4K monitor is fantastic. Sure, it has some minor flaws with refresh rates and pixel response time. However, once you throw price at the equation, you'd be extremely hard-pressed to find another 4K monitor to seamlessly integrate into your post production workflow for 4K movies with better quality in this price range. We're pleased that Dell spent their manufacturing and design budget purely on the quality of the display, and no useless features such as integrated webcams and speakers. It's when you get into your work, and don't notice anything, no hindrances, no generating proxies, no wondering if colors are accurate, and can concentrate on what you're producing… you know you're seeing quality. Much like visual effects, it's what you don't notice that's the real prize. In that sense, and virtually every other; Dell has done their job splendidly. A 4K monitor that gives you the freedom to work, the Dell P2815Q is definitely a must-get.