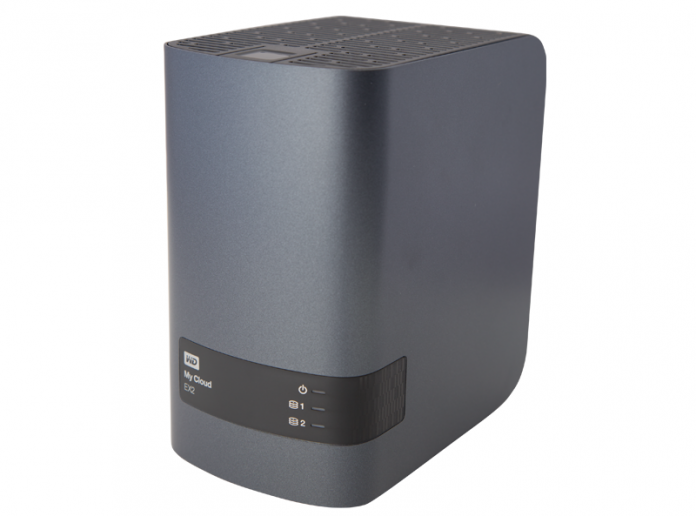 Everyone wants precious digital assets secure and properly backed-up. One solution is a public, cloud-based storage service like DropBox, Google Drive or Apple’s iCloud. Western Digital offers an alternative with their line of personal cloud storage devices that ensure the integrity of your data without having to entrust a third-party.

Consider this scenario: you begin working on an important file at home and copy it to a flash drive as you head to catch a flight. Panic strikes in the hotel when you realize you left the flash drive at home. Calm returns when you remember you also emailed the file to yourself. A week later while working on the file, you begin to doubt which copy is the most recent. Is it the one you emailed, the one on the flash drive or the one saved at home?

Western Digital's My Cloud EX2 offers a solution to the dilemma posed above. My Cloud EX2 has the power to be the only storage device you need to own by offering data access at home, office or on the road with a laptop, tablet or smartphone. There’s nothing new about using backup drives to protect mission critical data, but what sets My Cloud EX2 apart is its added ability to serve secure personal data over the Web.

Cloud storage includes any data stored on equipment not under the control of the owner. The concept of the “cloud” is not new. Web-based email systems — like Hotmail and Yahoo Mail — are pioneering examples of cloud services that store personal data somewhere other than the user’s own device.

My Cloud EX2 has the power to be the only storage device you need to own.

My Cloud EX2’s target is the prosumer — someone who probably does not make a living creating digital content, but nonetheless has important data that needs protection. Western Digital designed the drive for use in a home or small office. For instance, this device is a perfect fit for a part-time event videographer.

It will operate on any Windows computer running Windows XP SP3 (32-bit) or newer. For Macs, you need to run OS 10.6 (Snow Leopard) or newer. You’ll also need a recent version of Firefox, Safari, Chrome or Explorer to operate the My Cloud EX2 dashboard.

To save power, disks spin down after being idle for 10 minutes. The server administrator can schedule My Cloud EX2 to turn off automatically after business hours.

After a power-failure, My Cloud EX2 automatically restarts. In fact, the device has no power switch, it is always on. For an extra dose of protection, My Cloud EX2 supports several uninterrupted power supply systems allowing for graceful shutdown if power is lost.

Windows users can use Western Digital’s SmartWare Pro backup software on up to 10 computers. For Mac users, My Cloud EX2 supports all the features of Apple’s built-in Time Machine backup software.

My Cloud EX2 supports industry-standard redundant array of independent disks storage configurations. When setup as RAID 0, the server places data on both drives in a process called “striping.” This does not create redundancy but provides the best speed of any RAID configuration. In this setup, two 2TB drives combine to give 4TB of total storage.

If redundancy is your goal, then RAID 1 is what you desire. RAID 1 duplicates all data from one drive to a second drive. RAID 1 “has your back” by allowing one drive to fail without any data loss or interruption. I suspect this will be the most common setup because of the fail-safe feature.

To test this duplicity feature, I removed one drive while streaming a movie. Sure enough, the movie played without interruption since both drives contain identical data. Pulling the second drive caused the video to stall after the streaming buffer emptied. No surprise here.

My Cloud EX2 supports two more configurations. In JBOD, or just a bunch of disks mode, each drive mounts as a separate volume. The “spanning” option combines two drives into a single large volume equaling the sum of the two drive’s capacity.

The box includes the small footprint My Cloud EX2 device, an Ethernet cable for connection to a router, an AC adapter and a quick start guide.

My Cloud EX2 offers two vertical hard drive bays accessible through the top of the enclosure. You can purchase My Cloud EX2 “driveless” and install your own hard drives, or you can get it pre-configured with dual 2, 3 or 4TB drives. Need even more storage? Two rear USB 3.0 ports allow for additional USB drives to expand storage.

My Cloud EX2 supports 3.5-inch SATA drives (6GB/second) with a maximum speed of 7200rpm and up to 4TB each. The unit reviewed for this article shipped with two 2TB Western Digital Red drives, specially designed for 24/7 duty and offering an advertised read/write speed of 145MB per second. A range of other Western Digital drives are compatible with My Cloud EX2, as well as select Toshiba and Seagate drives.

In practice, performance will vary with the chosen drive and with Internet connection speed. A sluggish hotel DSL connection might cause frustration.

My Cloud EX2 requires attachment to a router with an active Internet connection. The two-step software installation is quick and painless. Step one is to download and install the My Cloud EX2 Setup application. Step two is to install WD My Cloud software on each device you wish to connect to the server.

WD My Cloud was an easy install on an iPhone and flawlessly streamed an HD movie over an LTE cellular connection. Before the video began, the software gave a welcome warning to alert that the connection was not Wi-Fi and that it would use data from my cellular plan. Also available is an Android version of WD My Cloud.

My Cloud EX2’s minimalistic design includes a power on LED, and one LED for each drive. Flashing speed and color changes keep us apprised of the server’s status. For example, if an incompatible drive is placed in the unit, the hard drive’s LEDs rapidly blink red. Additionally, a back panel LED offers status information on the network connection.

Ready to toss your flash drive in the drawer with the floppy disks and 8-tracks? Western Digital’s My Cloud EX2 could render that flash drive obsolete. Maybe it’s time to move up to your own personal cloud.