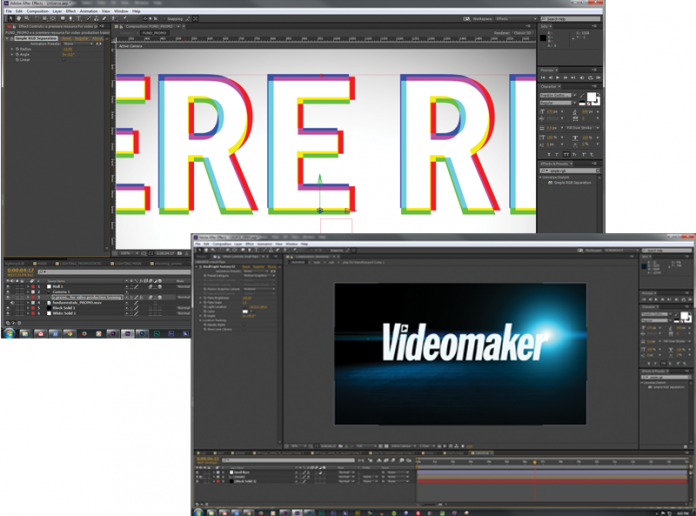 Relying on standard video effects might get a talented video editor looked over.

Universe is a community that gives video editors and motion graphic artists access to a growing library of tools, effects plug-ins and transitions. Membership to Universe is free and so are the majority of its tools and plug-ins. There are premium tools which users can subscribe to or purchase a perpetual license for their use.

Universe plug-ins are a combination of upgraded effects from the Red Giant Effects Suite, brand new plug-ins and a set of upgraded and new premium tools that are well-known among Red Giant fans. The premium tools include Knoll Light Factory EZ, Holomatrix, ToonIt and Retrograde. Some of the popular free video effects include Camera Shake, RGB Displacement and Simple RGB Separation.
Advertisement

Tools in Universe are built to take advantage of a computer's GPU. This includes existing Red Giant plug-ins, which are now part of Universe. For example, Knoll Light Factory is now five times faster than before.

Red Giant has streamlined their development process, meaning they will be continually adding free and premium content to Universe. Universe tools are built to work with Adobe Premiere Pro, Adobe After Effects, Final Cut Pro X and Apple's Motion. The membership price for premium content starts at $10 per month and is scaled to be more affordable with a longer commitment. An annual membership cost $99 per year, while a "lifetime" membership is $399.

The tests for the Universe suite of effects were performed on an iMac with a 2.93GHz i7 Intel CPU with 8GB of RAM and an ATI Radeon 5750 graphics card. The computer is running OS X 10.9.2 and Universe was tested in Adobe After Effects CC, Adobe Premiere Pro CC and Final Cut Pro X. The effects were applied in various projects that were set up in a similar fashion with three layers of footage at 1080p, all with animated masks, an overall adjustment layer and animated text. Effects were applied to both the individual layers and stacked on the adjustment layer.

One thing that stands out with Universe effects is the speed. The effects are fast and efficient, able to playback and render with little, if any, lag time. The majority of the effects are built to work in a 32-bit color space, while taking advantage of GPU processing. Premium effects rendered fast and offered a wide range of presets. The presets are diverse, allowing the user to quickly change and apply a variety of looks.

The lens flares of Knoll Light Factory EZ rendered instantaneously, an incredibly different experience from the early days of the effect’s predecessor.

Universe is an exceptional value for video editors of any skill level. The video effects and transitions are fast and easy to manage. Red Giant Link is a useful utility and a great convenience for anyone having to manage multiple plug-ins across multiple pieces of software. The downside is Universe is still in its infancy, but growth seems to be the model as Universe is built to expand based on user input. It will be interesting to see how Universe Labs develops and connects users.

Red Giant Universe provides an exceptional value of fast rendering effects and transitions for video editors of any skill level.