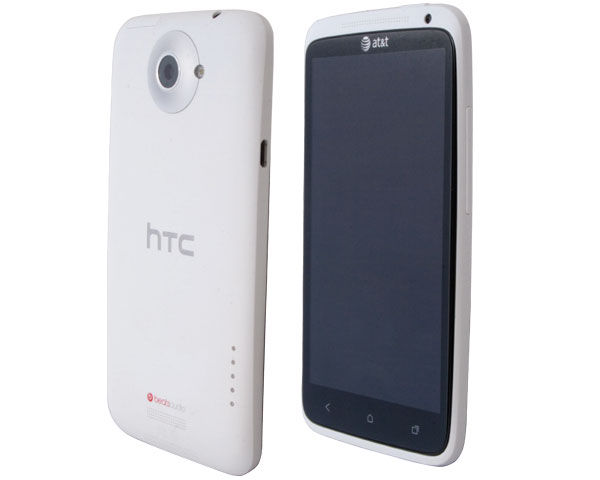 In an orange desert wasteland, a lone adventurer stands, looking at the scenic view before him. He has explored this strange new world, seeking out new life and new civilization, boldly going where no man has gone before. He takes a deep breath, his mission a success, and pulls out his portable pocket communicator. “Beam me up, Scotty!” he orders clearly into the mic, and with a dazzle of glittery gold, he disappears.

That scene could be found on one of the 1966 Star Trek segments. Now, nearly half a century later, we find ourselves almost living in a dream. Although we cannot teleport ourselves (yet!), we can call our rides from our palm-sized mobile phones. The video and sound equipment employed at the time of shooting the Star Trek series was gargantuan compared to the tiny cameras that we find on our portable devices today. Since the birth of the mobile phone, companies all over the world have started a little “space race” of their own. Who can build the fastest, the most compatible, the most versatile mobile phone?

With all the competition, advances in mobile phone technology continues to be an ever-moving field. One of these mobile phones is the HTC One X, from AT&T. The HTC One X has a sleek, white design. It is very slim and has a matte finish that feels good in your hand. Although it is a little bigger than the average iPhone or Android phone, it makes up for it in screen size. The HTC One X has a large touch screen, which makes it easier to navigate and ideal for video shooting and viewing.

The first thing that really hits you about the HTC One X is the screen size. As soon as you select the camera option, you can immediately see the quality. The HTC One X has the ability to shoot in several different quality modes, but most impressively, it can shoot video in High Definition. The extra screen space allows you to see what you are capturing in better detail. Although the video and camera options are visible on the sides of the screen while you are shooting, they are small and quasi-opaque, so it’s easy to ignore them.

One of the exciting video features on the HTC One is the filter options. There is a pull down menu that allows you to play with a variety of filters. The more outlandish filters, such as Distortion, Vignette, Depth of field, Vintage, Dots, etc., were easy to use and well designed; though we were disappointed to find that some filters were segregated between the still camera and the video camera. Though you can use the more extravagant filters on still shots, the filters available for video were much more basic. Grayscale, Sepia, and Polarized, were some of the limited filters you are allowed to record in.

That is only the filters option, however. The HTC One X has two other pull down menus with other options for shooting. In the Tools menu you will find plenty of ways to tweak your video, and for a smartphone, it’s a pretty serious little menu. Along with the standard self-timer, the HTC One X gives you nothing but choices in this toolbox. You have the ability to choose the quality of your camera and video, and can manually manage the ISO, white balance, contrast, exposure, saturation and sharpness. You can set the camera to continuous shooting or limit it to 20 frames per second. You even have the option to record with or without audio, or record with stereo or mono sound.

Aside from that, you have a “Camera Scenes” option, which has many still picture options, such as panorama, white board and low light. Another little surprise that HTC One X had up its invisible sleeve was the “slow motion” option for video shooting. It takes real-time video and plays it in slow-motion on playback. It is an interesting effect, but the video is not shot in HD, so you lose some of the detail and quality.

The HTC One X boasts its ability to capture a still shot while shooting video, without interrupting the video capturing. It works well and is fairly seamless, but the most surprising aspect of this feature is that you can capture a still shot during play back, so if you missed the perfect picture of your child’s face while blowing out his or her birthday candles, but took the video, you can now find the perfect shot in your playback menu.

This phone is ideal for social network users or video bloggers that like to take video and upload it straight to Internet. The HTC One X comes pre-programmed with the ability to sign you in and upload your video to many of the popular social networking sites, such as Facebook, Twitter and YouTube.

There aren’t many cons to this smartphone’s camera capabilities, but they are worth mentioning. First, and most frustrating, is that the focus pops in and out a lot. It’s pretty consistent when the subject you are shooting is less than three feet away from you. Also, though the HTC One X has convenient shooting and sharing technology, it only has a basic “trimmer” that can cut a video from the beginning and from the end, but not slice or edit in any other way. Though there are a few, rare download available apps for editing, none come pre-installed.

Shooting for the Stars

The HTC One X is a smartphone with plenty of video options, pushing it’s way into technological history with its unique steps forward for portable video. Only fifty years ago, Gene Roddenberry’s well-known television series Star Trek showed remarkable technology that the general public thought that they would never see. Star Trek‘s fantastical technology was appealing to the imaginations of people everywhere. In a world where the computer mouse had barely made its debut, the idea of communications devices that you could carry, wirelessly, in your pocket, was unbelievable. The concept of portable computers? Impossible.

The HTC One X is a great phone, with an easy to use camera for video and still shots; overall an enjoyable video capturing device.

Beata Dumaplin is a freelance writer and independent photographer.