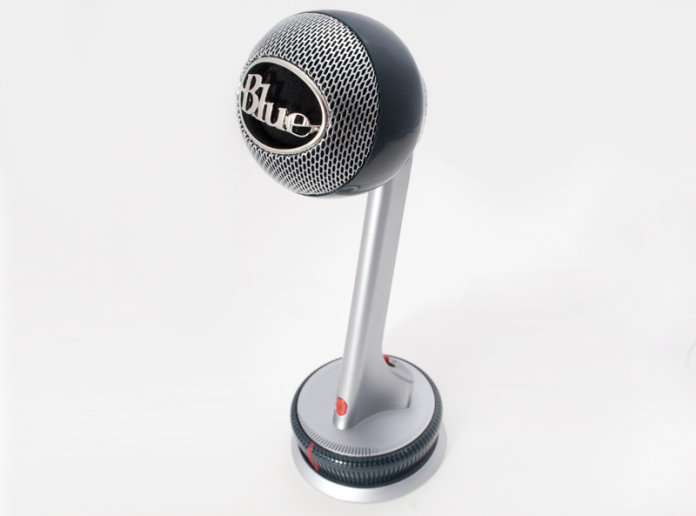 Some tasks are done best with simple tools. Nessie by Blue Microphones is just that: simple. It resembles the Loch Ness monster, and has monster performance too! It’s a USB powered device, so all you need to do is just plug it in to your Mac or PC and within minutes it’s ready to go. It sounds great for its price, and is simple to use.

Doing over-dubs for a music production? Nessie’s got you covered. Need that broadcast voiceover for a podcast? Nessie has a broadcast mode, offering a warmer, deeper and more professional sound with the flick of a switch. And for those that like more control, it has the powerful raw mode, making adding compression, effects and EQ in post a cinch. Both beginners and professionals share the need for a simple and easy auxiliary microphone; Nessie is the product you have been looking for!

What is in the package?

Pulling away the packaging reveals the manual, microphone and USB cable. Nessie has very few parts, making it simple and easy to set up. It has a built-in studio-grade pop filter however, it’s less than desirable, but better than nothing. Nessie offers three recording modes: Raw, Broadcast and Music. We prefer the raw mode in general. For post-production manipulation, however, the quick modes (broadcast and music) offer great options for two types of people, those with less time, or those without deep audio post-production knowledge.
Advertisement

Nessie could fit into any edit suite. It has a small footprint, only one cable and can be used for a variety of needs. Its flexibility allows you to use it daily in any production workflow. And it won’t break the bank.

Tests began with a simple voiceover for a commercial. The first test of Nessie was in broadcast mode, to see if any post-processing could be skipped. It did a fine job, but because of the one-size-fits-all processing, it seemed to compress a little too much, adding more room noise than would be preferred. However once in raw mode, the voiceover was very clean, offering greater flexibility to process the voice as needed.

The next test was to try out the music recording mode. Tracking an acoustic guitar for a simple jingle became its next task. The music mode has more of an open feel, and brought out more brightness than in raw mode. Not having to post-process the guitar track was nice, but after adding a few layers of other instruments (shaker, clapping and main vocal melody) it became apparent that the music mode made the mix muddy, compared with the raw, unaffected tracks. Music mode is great for simple needs, but just like the broadcast mode, the ability to process it yourself in raw mode creates more flexibility and an overall, better sounding product.

Nessie has a nice, heavy and sturdy design. Its name comes due to it resembling the famous Loch Ness monster, which isn't just for fun. The design makes it easy to set where its most comfortable for the narrator. The build quality is nice; however it’s constructed mostly of plastic. It has no on and off switch, but instead offers an easy mute function. It’s powered and communicates through a USB cable. It would have been nice if it had been designed with USB 3.0, which would offer faster connection and less latency, but because of the zero-latency earphone output, latency isn’t a problem. The strongest mode is raw, giving the most flexibility in post. Broadcast and music modes are great when time is an issue.

You will find that Nessie is a great mic and worth the money; good for pro to hobbyist.  It’s easy to use and set up, offering great value and no latency headphone monitoring. A few drawbacks are that it’s built mostly of plastic, and the built in pop screen isn’t sufficient to keep the hard Ps and Ss from getting through. Nessie hits every need in a simple, easy to use package and at an affordable price.

Nessie by Blue Microphones is overall a worthwhile product. They’re surely going to get a lot of notice from this easy-to-use product. It’s balance of low cost, great function and rugged build quality makes it ideal for those in the market. It’s just a simple and easy to use mic.

Chris Monlux is the Creative Services Director at a CBS and NBC Affiliate.