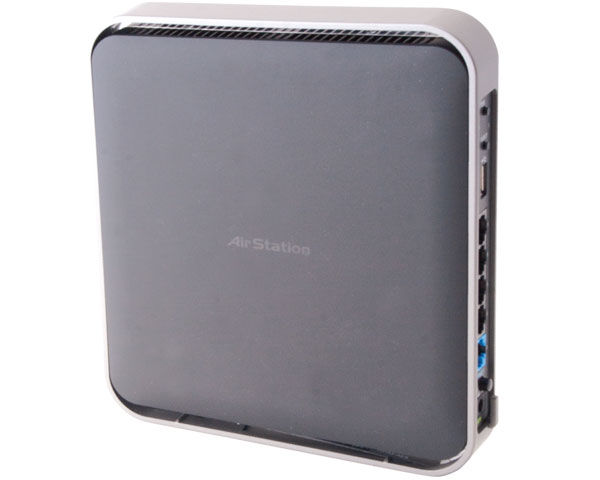 Having the ability to store and gain access to files, quickly and efficiently, is critically important in any media based workflow. In a networked environment, particularly one that includes wireless communications, faster, more secure connections are highly sought after. Buffalo Technology comes to the rescue with their first-to-market, extreme performance router, taking advantage of the new 802.11ac super high-speed wireless standard.

Standards: Made to be Broken 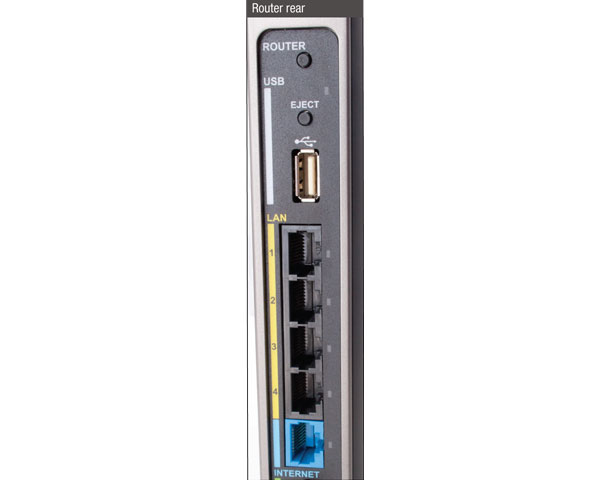 The key difference between the 802.11ac standard and those that came before is speed. The technical name, 802.11ac – also referred to as 5G Wi-Fi – it is fast, very fast, more than three times faster than the most recent 802.11n, or Wireless-N, compare the maximum speeds of .3Gb/s to 1.3Gb/s! As with previous standards, the newest one is tiered, with bandwidth based on the number of streams. Single-stream connections run at 450Mb/s with dual-stream at 900Mb/s and three-stream connections running at 1.3Gb/s. Each stream is about three times that of the Wireless-N standard.

Another difference between the two standards is that 802.11ac operates in the 5GHz space rather than 2.4GHz. With 802.11ac, you may support 80Mhz in channel width – four times that of the previous standard.

Finally, 802.11ac is backward compatible with Wireless-N, and therefore, with the previous standards A, B and G as well. This means that existing client devices will connect to routers using the new standard and still function as they always have. Likewise, clients based on the new 802.11ac standard will connect to function just fine with an existing Wireless-N router. In order to take advantage of the faster speeds attainable under the new standard, however, both devices must be based on 802.11ac.

Airing Out the AirStation

Opening the box, we find the router itself, the power supply, a two-piece base, a length of RJ-45 (network/Ethernet) cable, setup documentation and a CD containing the product manual and Air Navigator client utility software.

The front of the device has a button labeled AOSS (AirStation One-Touch Secure System) and four status lights. The AOSS button assists in making the connection between the router and another Buffalo AOSS-enabled device. It assists in connecting with WPS devices as well. The uppermost LED indicates the status of the wireless connection, the middle light shows whether Internet access is available or unavailable and the bottom LED indicates whether router functionality is enabled. The last status indicator is at the bottom, behind the Buffalo name. This light shows whether power is on or off, and blinks to indicate various errors or other conditions that may have occurred.

The back of the device houses the router on/off/mode button, a USB port for connecting a USB drive, an eject button to dismount said drive, four 10/100/1000 Mb/s LAN ports and one 10/100/1000 Mb/s Internet port. Also at the rear are LEDs indicating the connection status of the USB, LAN and Internet ports, the power on/off button and the DC connector.

Along the underside is a reset button and slot containing the device’s setup card with all the information necessary to get everything up and running. The two-piece base is too narrow to provide a truly stable vertical configuration, so mounting it for horizontal placement would be highly recommended if space allows.

The packaging indicates that the AirStation WZR-D1800H is an AC1300/N900 dual band router. The AC1300, of course, refers to the AC standard with its 1300Mb/s ceiling. N900 dual band refers to the fact that this is a true dual band router. It supports two bands of 450Mbps Wireless-N in the 2.4GHz range or one band at 2.4GHz 450Mbps and one of as much as 1.3Gbps in the 5GHz space – simultaneously. In order to provide total backward compatibility, Buffalo combined a 2.4GHz 3×3 802.11n radio and the new 802.11ac technology in the same unit.

Get Up and Go 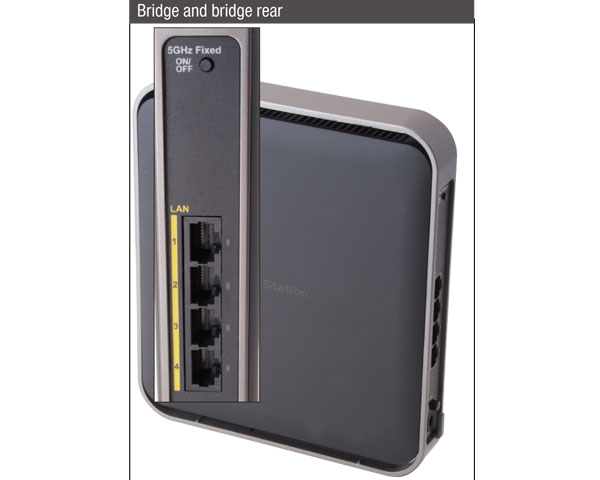 To accurately test and truly see the benefits of an 802.11ac router, one must use an 802.11ac client. We used Buffalo’s AirStation AC1300/N450 4-Port Gigabit Dual Band Wireless Ethernet Bridge WLI-H4-D1300. The bridge connects to the router via the AC standard and shares that connection with as many as four Ethernet devices. Using the setup wizard and AOSS connection, setting the two devices up was relatively simple and uneventful. Our existing wireless devices connected to the new network easily and functioned as they had previously. Devices connected through the bridge, however, saw marked increases in speed, with three computers streaming HD content from the Web effortlessly.

Whether you’re ready to jump on the gigabit bandwagon immediately or just want to future proof your network in anticipation of the onslaught of 5G Wi-Fi devices that are certainly headed our way, then the AirStation AC1300/N900 router may be the device for you. Faster speeds never hurt and your existing client devices will continue to work just fine.

If you’re ready to take your wireless network into the next frontier, Buffalo’s AirStation AC1300/N900 dual band router will take you there at warp speed.