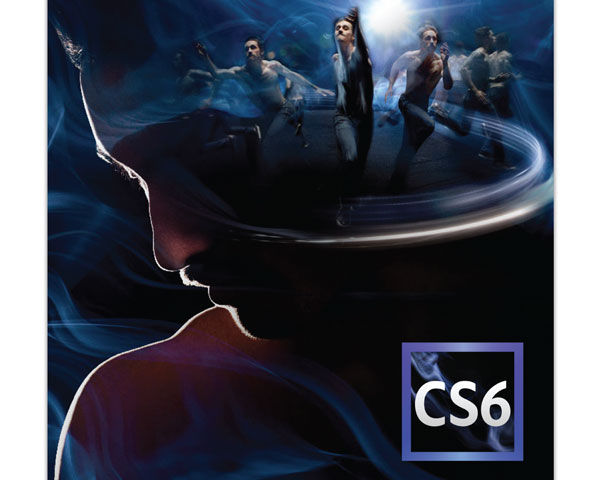 Read part 2 of this review.

Creative Suite 6 has been in circulation since early May giving us enough time to catch our breath and give it a good real-world workout. The flagship titles have exciting new tools, requested new features, are faster and, in the case of Adobe Premiere Pro, Photoshop CS6 Extended and Illustrator, sport a whole new look.

Since there is so much to talk about, we are going to break up our review into two articles that focus primarily on Premiere Pro and After Effects. This first one will feature our look at Premiere Pro and associated programs that are commonly used in the first half of a production workflow including Prelude, Adobe Audition, Photoshop and Illustrator. Our second article, which runs in next month’s issue, will examine After Effects and touch on other programs commonly used in the second half of the production cycle including SpeedGrade, Flash Professional, Encore and Media Encoder.

There are several other impressive new products in the suite that are not included in the Production Premium collection, which we will not review here, such as Adobe Muse, Adobe Edge, Story Plus and many others that are part of the 18+ apps included in the Creative Cloud services. They are certainly worth checking out at Adobe’s website.

A New Way to Pay

Let’s quickly get to the bottom line – is the cost of upgrading or purchasing CS6 Production Premium worth it? Absolutely! But the new subscription pricing model is initially a bit confusing. No, you are not being forced into shelling out cash every month if you don’t want to. You can still buy the products on disc individually, as part of various collections as you always have or you can now pay monthly with, or without, an annual agreement as part of a Creative Cloud membership. If you already own CS4 or above, the Creative Cloud membership is discounted for the first year costing you only $30 per month with a one-year contract. Without a previous qualifying version it is $50 per month for a 12-month contract. The huge benefit of the Creative Cloud membership, beyond not having to shell out a hunk of cash at one time is you get access to all the Master collection programs plus the new Muse, a simplified Web creation tool along with five Cloud-based services: Story Plus, for script writing and scheduling; Adobe TypeKit, a web-font library and manager; Business Catalyst, a template-based website development tool; cloud storage; and device and PC sync. Your Cloud activation is confirmed on a monthly basis so you do need to maintain an online connection with your editing system.

The first thing you notice is the redesigned workspace. It is greatly simplified since previous versions but, in many ways it is more powerful. Adobe wanted to let you concentrate on the creative aspects and remove the distractions of a complex workspace. Of course, you can always revert to a CS5 workspace if you get homesick. Major user interface (UI) changes include: a larger area dedicated to source and program monitors with simplified transport controls that are now user-customizable; a tabbed window in the lower left that joins the Project panel with Media Browser, Info, Effects, Marker and History windows; a centrally located toolbar and a nice big audio VU meter to the right of the timeline with independent solo buttons for the left and right channels.

To make way for this sleeker interface, some things had to go. The shuttle and jog controls are now extinct. Adobe says after surveying users, they found that the controls were just not being used. There are inexpensive USB controllers that will give this back to you if you need it. The Resource Central window and CS Live button have also vanished. No tears shed here.

The top new tools include; Warp Stabilizer, Adjustment Layers, Dynamic Timeline trimming and Rolling Shutter Repair. Warp Stabilizer was the first new tool we had to check out (not that we ever shoot shaky footage). We had a nine-second 1920×1080 clip shot with a DSLR on a Steadicam that, due to strong winds, was less than “steady.” A perfect subject for this test. We simply dragged the Warp Stabilizer effect onto the clip and left all the settings at their defaults. Premiere Pro then analyzed each frame in a background process allowing us to continue working in the program. Since every frame was in motion, this took a lot of analysis but after three minutes and 32 seconds, what was a very shaky shot with plenty of tilt and roll was a perfectly stabilized shot. We applied the effect to other stationary shoulder shot clips that took far less time but the results were equally stunning – rock solid images! The only artifacts we found were some blurring when the camera was jostled faster than the shutter speed could keep sharp. A work around would be to shoot with faster shutter speeds if you know that you’ll be applying this effect.

If you’ve touched Photoshop anytime since CS2, you know how powerful Adjustment Layers can be and it is finally available in Premiere Pro. You no longer have to painstakingly add the same effects to every clip on the same layer or get tricky and nest sequences. We created an adjustment layer (it is not an effect, you have to go to New>Adjustment Layer), placed it on the track above the tracks we wanted to modify and added several effects. It works just like it does in Photoshop or After Effects.

CS6 gives you lots of new ways to trim edit points. By right-clicking on an edit point you have a new option panel that includes Ripple Trim In/Out, Rolling Edit, and Trim In/Out. You can also use the numeric keypad to assign a set number of frames to trim or even dynamically trim by selecting the Roll Edit then double clicking on the edit point. This displays both clips in your program monitor allowing you to drag the edit point in the timeline or adjust directly in the program monitor window. These are tools designed to speed up the process, but we found it took some time to get used to how they worked. Once we spent some time with them, we found ourselves using them more often. Give them a try before you just plow through your next edit session doing it the “old-fashioned” way.

If you shoot with a DSLR, you know all about the rolling shutter problem. If you don’t, you will soon. While there are several third-party solutions for this problem, we are glad to see Adobe take it seriously enough to integrate their own. The Rolling Shutter Repair works admirable well in CS6. We tested it with a tracking shot of a passing car that had background buildings looking like they were made by a 12th century Italian architect. We applied the effect, set the scan direction to top to bottom, selected Pixel Motion rather than Warp under the advanced dialogue and presto – our leaning Towers of Pisa were no longer a tourist attraction!

There are many smaller, but equally welcomed improvements such as: you can now instantly switch to a full screen mode which Adobe calls, Cinema mode. By pressing the Ctrl and Accent keys we were viewing a clutter-free full screen image on our 24-inch monitor. Multicam is no longer limited to just four streams and is much easier to use. With our system we were able to switch “live” between eight HD video streams without a problem. This is one area’s performance that will be very dependant on your system. The three-way color corrector is more intuitive but the new SpeedGrade will more than challenge you if you need finer controls (more on this in our next article). When creating new sequences or adding new dissimilar footage, if the clip you import into a sequence has different settings you are prompted to alter either the clip or sequence settings. And one of the most pleasant changes – playback now continues rather than stopping when you click outside the Premiere program window (like to type notes in a word processor when doing a review).

Other improvements include thumbnails that automatically play with mouse-over, (hover-scrub) improved methods to set markers, notes, and input metadata. Audio tracks now are type-independent…so no more mono-only or stereo-only tracks. Just drag and drop, both can exist on the same track. The Merged Clips feature helps you sync your separate timecoded master audio source with your DSLR footage. And if you’ve got seriously large files to edit, you can edit up to 5K files. Sorry, but we didn’t have any handy to test. 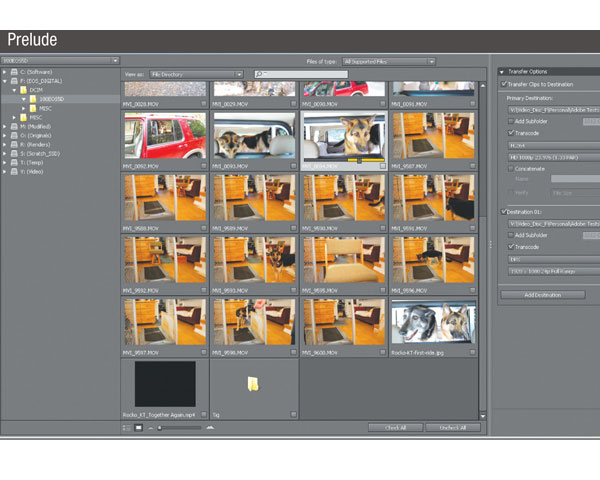