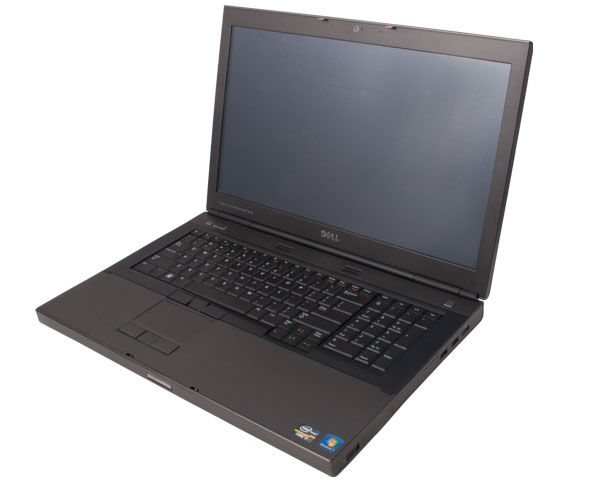 If there was a concept that could summarize the last few years of technology innovation, it might very well be the word ‘touch’. From the iPhone to in-car navigation systems, it seems that companies everywhere are banking on the unique advantages of touchscreen technology. Now, it seems the same holds true even for Dell. With its newly released Precision M6600 mobile workstation, Dell hopes to bring both speed and touchscreen technology to the video editing world.

There’s one thing that every editor can agree on in a workstation: it needs to have speed. No editor has ever enjoyed waiting several hours for an effect to render when deadlines are looming. That’s why it’s great to see that Dell was well aware editor’s “need for speed” when designing the Precision M6600. At it’s lowest end, the Precision M6600 includes a second generation core i5 dual core 2.5GHz CPU which is fast enough for almost any kind of editing work. However, Dell also offers a blazing fast Intel Core i7 CPU with Quad Core 2.7 GHz technology for those who need to do some serious pixel crunching. All of this is run by a 64-bit version of Windows 7 Professional which comes standard with any of the laptops in their line.

Though the CPU is essential to fast and efficient editing, there’s a newcomer to speed increases in the editing world: the graphics processing unit (GPU). With programs like Adobe Premiere Pro CS5.5 and Sony Vegas Pro 11 writing GPU support into their editing programs, it is now possible to get a significant bump in both render speeds and real-time playback with a beefier graphics card. To help you with this, the Precision M6600 offers speedy graphics cards from the AMD FirePro M8900 with 2GB of GDDR5 memory all the way up to the newest NVIDIA Quadro 5010M card with 4GB of GDDR5 memory, which is what our test model included. This card made all of the edits we created in Premiere Pro 5.5 incredibly responsive and made our real-time playback at least three times faster than if we were just using the CPU. That’s good news for any editor looking to save time while editing. In addition, Dell included NVIDIA’s Optimus technology which automatically turned on the graphics card when we needed it (like when editing) and turned it off when we didn’t (like when writing a script) extending the battery life of the laptop considerably. With this feature and with all of the time a good graphics card can save on an edit, we found the NVIDIA 5010M to be worth its weight in gold.

Another important component for speed is RAM. The Precision M6600 can start with as little as 2GB of SDRAM, but you’ll probably want to work your way up to the 16GB of DDR3 1600MHz option for a real increase in performance when switching between programs.

It’s quite embarrassing to have to explain to a client why their night scene ended up looking red on TV rather than the blue they were hoping for. Though Dell’s monitor looked perfectly adjusted right out of the box, it didn’t include any professional software to help you adjust your display to standard broadcast colors. To be fair, there’s very few laptop monitors out there that go so far as to include color adjusting software so it wasn’t a deal breaker for us. In fact, we were quite impressed by the other great features of Dell’s display. All of their Precision models come with 17.3-inches of screen real estate, giving you plenty of space to edit projects. Most interesting of all, there’s also an option for an LED 1920×1080 screen that has a four-finger touch-sensitive surface. Our model had the touchscreen display and a stylus which we found to be fun and somewhat useful for editing. The best uses we found for the touchscreen and stylus were while masking objects in Photoshop or After Effects. Otherwise, the ability to touch the screen was actually a bit of a downfall since our hand would often obscure the very picture that we were trying to edit. Another downfall of having a touchscreen display was that the screen had to be made of a reflective glass material which made it difficult to use in bright areas, though the brightness of the LED backlight did make it fairly tolerable. However, the touchscreen was accurate, and with the release of Windows 8 – which promises to blend touchscreen technology with the usual benefits of a desktop operating system – this feature may be very handy.

Though the Precision M6600 will probably have almost everything you need between it’s solid aluminum and magnesium alloy chassis, there will inevitably be times when you’ll need it to do even more than what Dell offers. To do this, you’ll need ports – and the Precision M6600 has them in spades. For data transfers, the workstation has two USB 2.0 ports, two USB 3.0 ports which can serve data at up to 3.2 gigabits per second, and an eSATA port. If you find yourself needing even more screen space than the laptop provides, you can also connect up to three additional displays with an AMD graphics card using the DisplayPort, HDMI, or VGA outputs. For those still needing to ingest HDV or DV footage the Precision M6600 also includes a IEEE 1394 FireWire port. There’s also a bevy of other useful ports including an ExpressCard slot, a SmartCard reader, an optional Blu-ray drive, and the standard microphone and headphone 1/8-inch jacks giving you plenty of options to improve your editing experience.

Dell’s designed the Precision M6600 using aluminum and magnesium alloy design, and this combination made the workstation feel ready for whatever the road has in store. For those looking to quickly access the internal parts of the machine, Dell wisely designed a detachable bottom plate that unveils the hard battery, drive, RAM, and optical drive slots all at the same time without having to keep track of the tiny screws that laptops usually sport.

The Precision M6600’s trackpad was also extremely sensitive and accurate with buttons that were soft and silent when pressed. Believe it or not, this isn’t always the case with laptops so we were relieved to see that the trackpad worked so well.

Of course, when you’re on the road, battery life can be a make-or-break deal for a laptop. We found that Dell’s 9-cell battery could handle almost three hours of video editing and playback at full brightness along with almost 11 hours while sitting idle.

Dell also included a Fast Response Free Fall sensor that will protect your valuable media in case your laptop happens to take an unexpected spill. In the same manner, it also has a fingerprint reader in order to keep your data safe from anyone who may try to access your computer’s contents.

For those who want some hard numbers to back up the facts, we ran a few tests to see if the Precision M6600 was truly up to editing specs. We first ran a PCMark Vantage test, which resulted in a score of 15,502. This is an excellent score even for a desktop workstation, let alone a mobile one. We also tested the time it took to render a 10-second H.264 clip in Adobe Media Encoder CS5.5. To make things even more interesting, we compared the render times of the Precision M6600 to a new high performance desktop sporting an Intel Xeon X3450 at 2.67 GHz and an NVIDIA Quadro FX 3800. The workstation rendered the clip in 10 seconds while the desktop took 18 seconds to render the same clip. That means this mobile workstation is almost twice as fast as a good desktop while having the ability to travel on the road.

For editors on the go who need a solid design, fast performance, and a touch of innovation, the Dell Precision M6600 is a solid choice. It has a screaming-fast processor, a slew of beefy graphic card options, a magnesium alloy build and a future-proof touchscreen display that will allow it to edit your projects well into the future.

The Dell Precision M6600 is perfect for editors needing speed, durability, and plenty of options.