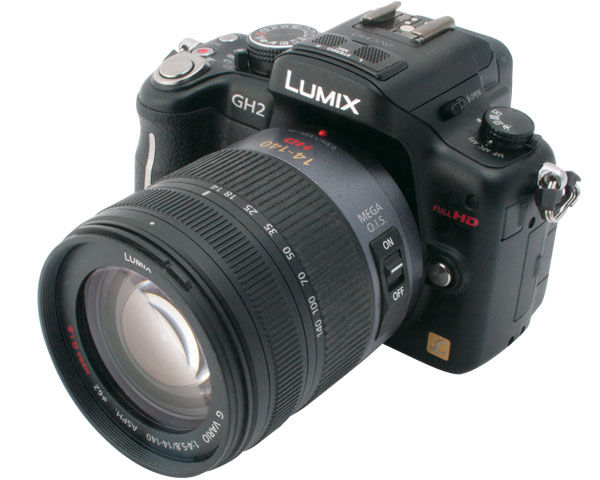 The “Shot Heard Round the World” occurred at the Lexington Green on April 17, 1775. This was the official beginning of the armed conflict we know as the American Revolution. However, this didn’t have to be. Not if the British had merely listened to the complaints of its colonial citizens. The same goes for camera companies. Though the HDSLR revolution has brought large sensors, professional optics, and low noise to prosumer video enthusiasts, it has done so at the cost of fixed screens, a lack of autofocus, and a host of other controls. That’s why Panasonic’s new HDSLR is so exciting. With its release of the DMC-GH2, Panasonic has put many issues that once plagued HDSLRs to rest once and for all. 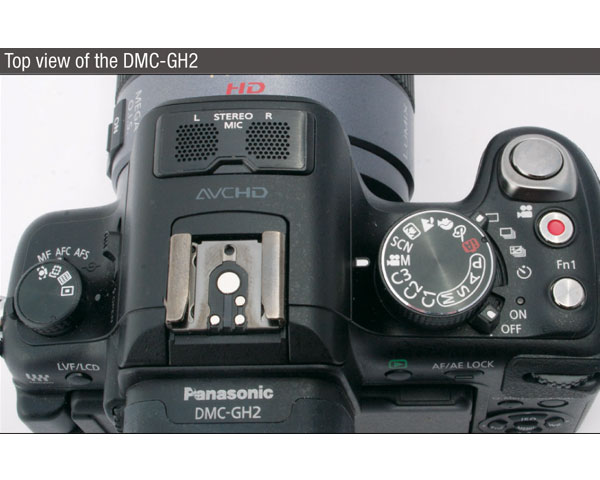 Let’s face it: the main function of any DSLR is to take photos. Though the GH2 seemed to be built with the pro videographer in mind, it’s clearly a still camera first. As a still camera, the DMC-GH2 performed admirably. When shooting photos in either its RAW/NEF or JPEG format, there was no noticeable noise in our image until we got to ISO 800. We found that Panasonic’s Venus Engine FHD did a superb job of processing JPEG images by adding little chroma noise and blockiness to the image. Due to this processing speed, the camera was able to capture five frames per second in its 16.05 megapixel resolution.

Besides the powerful processor, the GH2 has a 17.3 x 13mm Micro Four-Thirds inch sensor. This is almost half of the magical size of a full 35mm frame which is the Holy Grail of both photography and videography today. Compared to the fact that most camcorders are still sporting 1/3- inch sensors at best – at a price that is at least three times that of the GH2, one can’t help but see how revolutionary this is. The GH2 is able to capture a shallower depth of field and lessen noise in extremely dark environments due to the larger sensor size, which also allows Panasonic to take pictures up to 4976 x 2800 wide, which should be more than enough for even the most avid photophile.

One of the advantages of the Micro Four-Thirds system is that lenses made for the camera body can be both lightweight and compact. In fact, some of the lenses for the camera are so small they’re fondly referred to as “pancakes.” Most of Panasonic’s lenses include an optical image stabilization feature. Though they make the lens almost twice as expensive, this option is a must-have for those looking to do some handheld shooting without making audiences sick. Of course, if one doesn’t have a whole host of Micro Four-Thirds sensors lying around, it is possible to use regular Four-Thirds lenses or Leica D lenses with an optional adapter. The only caveat is that those lenses won’t be able to use the GH2’s Contrast AF function, so manual focus will be required.

When taking photos, While it’s true that the GH2’s body is made of plastic, the textured rubber compound that coats the body made the camera easy to grip and comfortable to use. The camera has a couple hooks for a strap, a hotshoe for powering an external flash, a built-in pop-up flash (which can be very helpful in a pinch), a dedicated “film mode” button, and a host of external controls.

Of all the HDSLRs released to date, the Panasonic GH2 seems to one of the few that has been designed with both stills and video in mind. Panasonic designed the camera to record Full HD 1920 x 1080 video at either 24p or 60i and 1280 x 720 video at 60p, in the popular AVCHD format. The GH2 can also record Motion JPEG images in 1280 x 720 at 30p, but since we planned to use this footage in our editing system, we chose to stick with AVCHD instead, which has greater support. A huge side benefit of using the AVCHD format is that Panasonic is able to make the continuous recording time longer than the 2GB limit that most cameras run into. In fact, recording doesn’t necessarily stop until the card is completely used up! This can result in records that last as long as 65 minutes – great news for any live event videographer.

For those video enthusiasts who want to use their cameras for run-and-gun style shooting, the GH2 includes a super fast Contrast AF function that is commonly found in compact cameras. By super fast, we mean focus times of 0.1 seconds which combined with the GH2’s 23 focus areas, made for a quick and accurate autofocus feature while in video mode. The lens also focuses very silently allowing for a cleaner audio capture while using this feature. As great as the autofocus feature was, we still turned it off to have more control over our image, but it was a welcome addition for those times where manual focus can be difficult.

Panasonic also added an interesting overcrank and undercrank feature where footage can be slowed to 80% of its original time or sped up to 300% of its normal speed. At first, this feature seemed rather interesting, but in practice we found that recording in 720p/60 mode and dumping our footage into a 24fps timeline did the same thing as “overcranking” with the GH2. 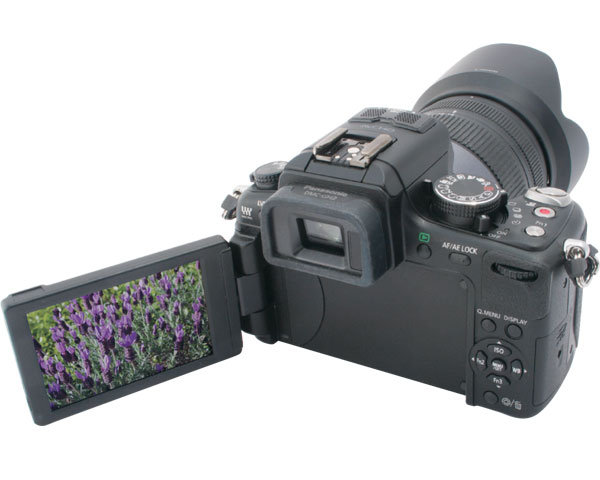 One incredibly useful feature, however, was the GH2’s multi-angle, touch-capable LCD monitor. Due to its 270-degree swivel design, we found that low and high angle shooting was finally possible without an external monitor. Also, with its 100% frame coverage, we were able to frame shots with the LCD without any guesswork. The touch-screen was accurate enough for us to intuitively get through menu features, though often caused smudging on the screen. However, the external menu controls were also easy to use and were a welcome addition to the camera body.

Finally, no camera is complete without ways to input and output signals. The GH2 came with an SD/SDHC/SDXC memory card slot on the right side of the camera along with a 1/8-inch microphone input that unfortunately makes phantom power to mics impossible. The camera also came with an audio video output, built-in stereo microphone, USB 2.0 for offloading media, and a mini-HDMI slot for outputting a clean 1080p signal to an HDTV or monitor. This last feature gives the GH2 an advantage over similar cameras that can only output a much smaller resolution over HDMI.

For video enthusiasts looking for larger sensors, shallow depth of field, autofocus, and fixes to many of the problems of HDSLRs in the past, the Panasonic DMC-GH2 is the perfect choice. Though its sensor is smaller than other comparable cameras, the ability to output full HD over HDMI, to tilt and pan the LCD, and a low price make this camera worth taking a look.

With its HDMI output, multi-angle LCD, and the ability to auto focus in video mode, the Panasonic DMC-GH2 fixes many of the problems of previous HDSLRs, which makes this camera perfect for video enthusiasts.