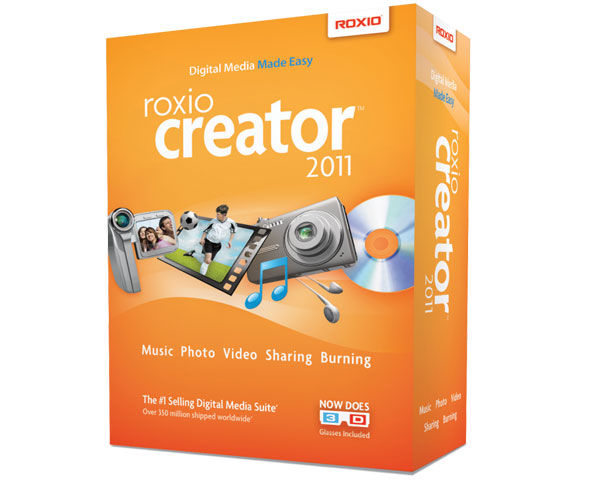 With past new consumer electronics technologies, such as DVD, DV, and HD, the trickle down from professional production to affordable consumer gear took years and years – as these were first deployed for movie and broadcast production, then for corporate and independents, until finally becoming affordable for consumers and enthusiasts.

This was still true with the more recent introduction of Blu-ray discs, as you still need professional tools to take advantage of the advanced programmability of the format, and even basic Blu-ray authoring with consumer-range tools requires additional licensing fees.

So you might expect the same situation with the latest greatest innovation in the consumer electronics – 3D technology. The CE industry began the push to 3D in 2010, starting at usual at the high end, with top-of-the-line 3D HDTVs and early 3D Blu-ray players, supported by expensive production work at high-profile sporting events and for Hollywood blockbusters.

Instead, perhaps because 3D was already well understood from the PC gaming side, the trickle down has taken less than a year – as 3D capabilities are already appearing in even entry-level consumer products like the new Roxio Creator 2011 media suite, released in August 2010 for $100.

If you want 3D, Creator 2011 has it in spades – You can import, edit, and export 3D video productions and slide shows and discs, in standard-def and HD, and in a variety of common 3D formats, for display on 3D TVs and PC 3D displays, and sharing on YouTube.

Even better, Creator even can get you started with 3D without needing to buy new equipment:

Beyond 3D, the other big news with Creator 2011 is the new Roxio Streamer application, which opens up your PC (or Mac) as a media server, to share your files not only on your home network, but also across the Internet for sharing through a Web browser (using Adobe Flash), with password security.

As a home media server, Roxio Streamer allows you to access your PC media files from other PCs on your home network, and from consumer electronics devices that support DLNA sharing, including TVs, set-top DVD players, and game systems like the Sony PS3.

Beyond the new 3D and the media server, Creator 2011 is an evolutionary update to the Roxio Creator line, which Roxio reports is the leading toolset for digital media. This year’s edition adds new refinements including video stabilization, especially for shaky pocket camcorders, and video rotation, especially for digital camera videos. It expands sharing with portable devices including the iPad, and Web sharing with direct publishing to Facebook. And it provides faster processing with acceleration for the latest Intel i7 and i9 processors and ATI Stream and NVIDIA CUDA graphics.

Creator 2011 continues the well-designed look and key application components of the 2010 version. It supports the full range of media – video, audio, photos, and data – for importing, editing, and sharing, on PCs, portable devices, online, and on disc. And Creator supports a wide variety of popular media files and formats, including HD, H.264, AVCHD, and Blu-ray disc (as a separate plug-in).

The Roxio Creator 2011 application provides a launch pad for accessing the different capabilities of the suite. You select the media type you want to work with (Data, Video, Audio, Photo), and then choose the task to perform on that media, grouped by category (Import, Edit, Create, Enjoy). For help getting started, use the Learning Center with an expanded selection of video tutorials that demonstrate specific tasks. Most also have accompanying step-by-step PDF instructions.

For video editing, Creator includes the venerable VideoWave application, plus CineMagic to automatically generate movies from video clips and photos, and MyDVD to author projects to disc. Or use the assistants for more focused tasks, including Video Copy & Convert to copy entire DVDs, or create video compilations to files, disc, and portable devices.

To work with 3D video, both VideoWave and MyDVD can import video in a variety of 3D formats, as well as convert 2D video to 3D – to preview, edit, enhance, and author in 3D. Or upload to YouTube to view online in 3D. However, not all editing options are available in 3D, including stabilization and rotation effects. It’s also best to avoid effects that distort the video, blur edges, or adjust colors (for anaglyph) – which can lessen the 3D effect.

With MyDVD, you can author 3D DVDs in anaglyph or RealD format, albeit without menus (but with chapters). You even can author 3D in high definition, and burn in AVCHD format to a standard DVD, which will play in HD on Blu-ray players.

To view 3D video, CinePlayer not only plays 3D videos, but it also converts 2D standard-def video to 3D – in real time. It supports a variety of display formats, including active shutter, line polarized, and anaglyph. You also can adjust the 3D format during playback, including the 3D depth and position.

For photo editing, use PhotoSuite to repair, enhance, and share digital photos.Plus there are a variety of assistant tools to enhance photos, create slideshows and other collections, and upload online.

Creator 2011 does not support editing photos in 3D space (i.e., in PhotoSuite). Instead, the new Create 3D Photos application allows you to view a photo in 3D and adjust the stereo positioning before exporting. It imports photos in three formats:

If you’re interested in experimenting with 3D productions, Roxio Creator 2011 is ready with an inexpensive and comprehensive solution. This is not only amazingly soon after the introduction of the first high-end products, but also impressively complete, in terms of supporting a range of common formats, and in providing 2D to 3D conversion so you can get going out of the box, with no additional equipment cost. So step out of the plane, and get dimensionalized.

Watching 3D media, as with high-def / widescreen content, requires two elements: a compatible display that supports the technology, and content stored in a compatible format. As a result, Creator supports importing and exporting a variety of 3D video and photo formats, as well as a range of display formats for preview and playback.

For importing and exporting 3D content, Creator supports a variety of formats for storing a pair of stereo images. This can be done with formats that explicitly store separate left and right images (as with the MPO Multi-Picture photo format, used by the Fujifilm FinePix Real 3D digital cameras), or with formats that store both images in the same frame (i.e., side-by-side or top/bottom):

You can choose the appropriate compatible formats for previewing on your PC display, or for exporting a production to be viewed on a target system like a 3D HDTV. Creator also provides options for specifying the format details of imported 3D media, and tweaking the display format for better depth perception.