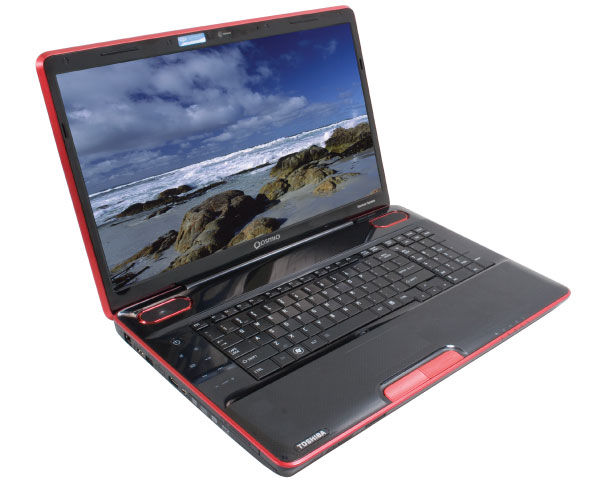 One of the biggest questions that had been plaguing editors for years was how to justify the high price and slower speeds of a laptop. On one hand, a video editor could have the superior portability of a laptop, allowing a person to edit on the road or at a conference, or use it as a computer to take to both work and home. On the other hand, when it was possible to get a top-of-the-line desktop system for a fraction of the price of a similar laptop, it was hard to justify sacrificing so much more money just for the comparatively small benefit of portability. This, typically, put laptops out of reach for almost any serious editor besides those who did the bulk of their editing on the road. However, thanks to the brilliant individuals behind computer technology, that dilemma is no longer a real concern. Instead, with laptops such as Toshiba’s Qosmio X505-Q880, it is now possible for editors around the world to get the same kind of power they needed from their desktops in the convenient form factor of a laptop, all at a price that is easy to justify. 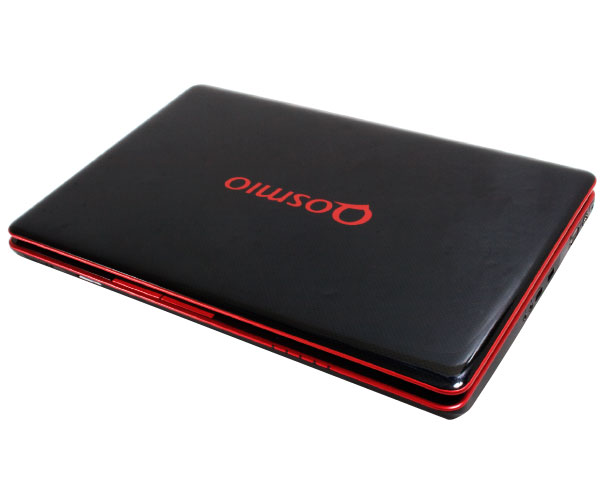 It’s amazing how such simple things in life can also be the most impressive. Such was the case when we first saw the packaging that the Qosmio came in. It was hard not to be in impressed with the small size, and superb usability of the box that the computer came in. It was made of strong cardboard, had two easily fitted pieces of foam for protection, along with one box for the power cable that sat right on top of the laptop itself. Lastly, it came with a plastic handle allowing you to carry it like a briefcase from one place to another.

With the good tone already set by the unboxing alone, it was easy to appreciate the specifications this computer has. It came standard with a mobile 1.6 GHz Intel Core i7 CPU and the newly released Nvidia GeForce GTS 360M graphics card, allowing for GPU-accelerated video and imaging in a variety of applications. Also, for fast switching between applications and for extensive rendering in both Adobe Premiere and After Effects, the 6GB of fast DDR3 RAM was just about enough to do the heavy rendering that most motion graphic artists need. Our version came with both a 64GB SSD for super fast boot and shut down times, along with a 7,200 RPM 500GB HDD for storing media and personal files.

As for the outside, this laptop, even with its interesting choice of red and black, ended up having just the right touch of subtle cross-hatched design, fiery red trim, and smooth beveled edges. Though the smudge prone piano black plastic left something to be desired, the keys were very soft, responsive, backlit, and, best of all, came with a full featured number pad – a real time saver for those working in programs such as After Effects and Photoshop. However, as convenient as they were, the feather-touch multimedia keys located to the left of the keyboard were also quite an annoyance which are easily pressed accidentally. 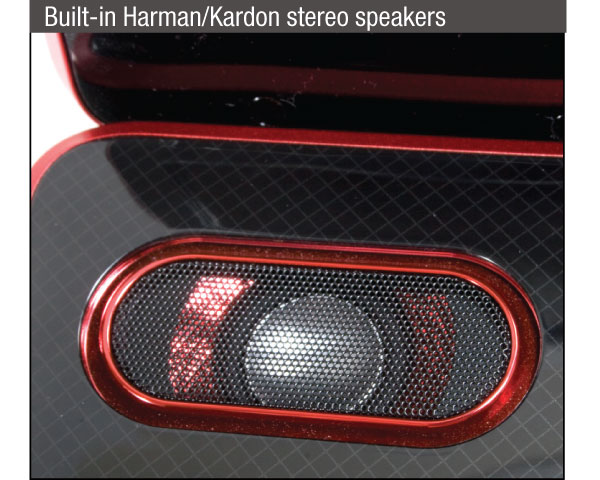 In contrast, the most noticeable part of the Qosmio X505-Q880 is by far the stunning display. It’s hard to find something to complain about when one is able to watch HD video in its full 1080 glory on the 1920-by-1080 18.4 inch widescreen display. For video editors who are already working in full HD, this will be a welcomed addition to an already high-end laptop since it allows editors to critique every pixel of their 1080 edits. As for sound, the included Harmon/Kardon speakers were surprisingly loud, crisp and clean for a laptop, and most definitely useful for showing clients a finished edit without requiring them to bend over awkwardly just to hear. Another useful feature was the sheer amount of ports the laptop provided, which is sure to comfort even the most input-happy users. The X505 includes an HDMI-out; the less common, but sorely needed 4-Pin FireWire port for capturing video; VGA-Out; four USB 2.0 ports; a 2.5-inch mic and headphone jack; an eSATA port; wireless 802.11 b/g/n card; Bluetooth v2.1 + EDR; a multimedia card reader, and lastly, a 10/100/1000 Gigabit Ethernet jack.

Setting up the Toshiba Qosmio X505-Q880 was surprisingly easy. From the time we took it out of the box until the time we were able to start editing in Premiere on the desktop replacement, was a relatively short three hours. However, after installing a word processing program, our favorite browser, and the Adobe CS4 Suite, the 64GB SDD immediately seemed too small. With only 4GB of space left after all of the essentials were installed, it became apparent that a larger hard drive would be an appreciated upgrade option on the machine.

While taking the Qosmio out of its box, it also became apparent that it was quite heavy. At a little more than 10 pounds, this behemoth is not going to be the friendliest laptop to carry around. However, since most high end computers are typically on the heavier side, it’s hard not to forgive Toshiba for a little bit of bulk under the hood.

Once it was set up, we immediately put it through its paces on a project needed to be done in just under a week. As such, there wasn’t much room for any unexpected errors during the editing process. We attached a 1TB HDD, in an eSATA drive bay, to the Qosmio and captured our HDV footage using the included FireWire port. We also hooked up a second 1440-by-1080 monitor through the VGA port for additional valuable screen real estate. Amazingly, there were no noticeable stalls or hiccups. In fact, the laptop rendered projects in both Adobe Premiere and After Effects a bit faster than the quad core desktop we were working on previously. In Photoshop, we curiously found that while our two 2.26GHz Quad-Core Intel Xeon Mac rendered large images in Photoshop CS3 in 112 seconds, the Toshiba Qosmio X505-Q880 did the same job in just 111 seconds making the speed for image processing quite similar. However, in After Effect render tests, the more powerful Mac had a definite edge. While we expected some hold-ups during our first edit on the machine, we were more than impressed by the Qosmio’s ability to quickly get up to speed, even with a fast-paced HD workflow like ours.

For pros looking for a portable editing solution, the Toshiba Qosmio X505-Q880 comes as close as a laptop can to being perfect for both the road and at home. We found that with the power and speed of both the Intel Core i7 and Nvidia GeForce 360M, you can feel good about finally replacing your desktop computer, while still being able to deliver projects on time.