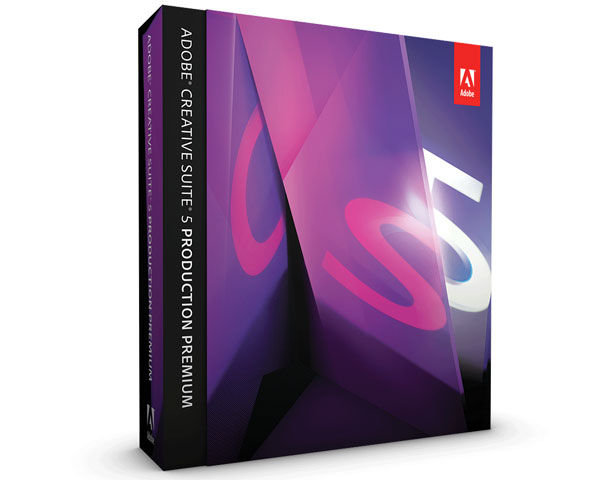 By now, you have heard about some of the important new improvements in the Adobe CS5 Production Premium suite. If you haven’t, check out our recent coverage reviewing the highlights. In this review, we are going to focus on the key performance improvements in the core application you use most, Premiere Pro, along with another look at After Effects.

Creating test procedures and interpreting results can easily morph from simple to rocket science. Don’t worry, we aren’t going to get overly technical, but to understand the results, it’s important to know the tests setups.

Our test computer is an 8-core 2.33 GHz Intel Xeon system with 32 GB of RAM and an nVidia Quadro CX graphics card. We installed a fresh copy of Windows 7 64-bit, loaded all the updates and latest drivers then installed CS5 Production Premium and defragged our one system and four project array drives. Our hard drive array read transfer rate averaged 182MB/s with a 16.3ms average access time. As you can see, this machine, while robust, is not the fastest box out there, so the benchmarks we note shouldn’t be limited to the experience of just a few speed geeks.

To get the most out of CS5, you may need to get a new nVidia graphics card. In case you are not able to do this right away, we ran identical tests in CS5 with and without GPU acceleration. We also ran the same tests in CS4 just to give you a sense of the relative performance improvements.

Finally, and we are only going to say it once, your results may vary.

We measured three key processes; timeline playback, timeline rendering and encoding (now available without opening Media Encoder). For timeline playback, we measured display frames per second (FPS) and CPU load by engaging a handy trick you can use as well if your graphics card supports it. Open a project in Premiere Pro, press control+F12 to bring up the console dialogue. Select the Debug Database view under the option drop down and change the EnableDogEars setting to True. You may need to restart your project to see the variety of useful performance metrics keyed over the program monitor. There is no performance display in CS4, so we had to estimate FPS (yes, it was slow enough to estimate manually) and we determined CPU load by using the windows Task Manager Performance window.

Why is CPU load important? The new 64-bit architecture allows us to cram our systems with practically an unlimited amount of usable RAM. That means we can have far more applications open, so having some extra processing headroom becomes valuable. To measure timeline rendering and output encoding times, we simply used a stopwatch.

We ran three test projects that consisted of a variety of HD file types compatible with both CS4 and CS5 to test various aspects of performance. We kept the project lengths to 60-seconds simply to allow us to run repeat tests. We applied effects to each layer and, in the case of CS5, used CUDA accelerated effects (CS5 comes with 30).

In Project 1, we tried to provide a mix of HD (and one SD) file types regardless of how the GPU acceleration would handle the task. nVidia provided the project and media files for Project 2 that gives an impressive demonstration of the GPU performance with P2 HD files. Project 3 is a random selection from among dozens of simple 720p commercial projects we had lying around in our system. With this one, we did swap out our effects for the GPU accelerated versions.

Lastly, we set our Program window to 100% full resolution and waited for all hard drive activity to normalize after loading each project before running the tests. Here is how the projects stacked up and shook out.

As you can see, CS5 with the Mercury Playback Engine, GPU acceleration and native 64-bit software, combine to give you remarkable performance improvements in timeline playback and encoding. But, remove GPU acceleration and you have to wait for everything, including nearly 10 times as long for your h.264 encode to complete. Our CPU load percentages are higher than those we saw during the Adobe pre-release presentations. This may be due to our rather slow 2.33GHz CPUs. We also were surprised to see faster times for some CS4 render and encoding operations compared to the non-GPU accelerated CS5.

Of course, many other factors affect your editing experience that we have not touched on here. A key factor we really could not put into numbers is how, with GPU acceleration on, scrubbing the timeline is almost as smooth as analog tape used to be, even with computationally intensive projects. In addition, simple things like how fast the project loads can be important as even mid-sized documentary projects can normally take 15 minutes or more to load. While this process is heavily dependent on hard disc performance, CS5 loaded our projects noticeably faster than CS4.

After Effects and Friend

After Effects can now blast through that dreaded 4GB limit. In fact, you don’t even see that on the splash screen at start up. The big news, of course, is that you can now get much longer RAM previews. In our test with a 17-layer 30-second project, it took 134 seconds to render the full 30-seconds. As long as you don’t move tracks around, the rendered frames will stay in memory allowing for agile navigation around the timeline. We were able to render even longer RAM previews, although it was unclear if this was due to some disc caching. It is clear, however, that AE can now use all the RAM you can throw at it.

We’ve had more time to play with the new Rotobrush since our last look and believe it has lots of potential. It does take time to “train” AE to recognize what is supposed to be in and outside of the keyed area. We found we could count on Rotobrush to reliably find the higher contrast edges but we had to judge the footage on a case-by-case basis before determining if it would result in actual timesavings.

Dynamic Link in CS5 between AE and Premiere Pro is featured as being faster than in CS4. With Premiere Pro already open, it took less than two seconds to create a new linked sequence to our test. After Effects CS5 comp and CS4 was nearly the same.

You may find Photoshop becomes a closer friend for quickly and easily creating assets for your production. The new Content Aware fill works some truly magical pixel manipulation. Select a part of the image you want replaced with the background and hit delete… that’s it. We found this worked perfectly in about half of our dozen tests. Three gave us good starting points for further refining and the other three didn’t cut it. There is a host of new and improved 3D tools within Photoshop that may keep you from diving into a dedicated (and usually complicated) 3D application. The 3D extrusion tool, Repousse, is particularly cool. We made a basic 3D title from 2D text in just a few clicks.

Worth the (no) Wait

For many of us, the transition to HD has been painful. It has bruised our bank accounts and whacked at our workflow. Nowhere has the pain been so palpable and frustrating than during our edit sessions. That’s why CS5 is so welcomed. The Mercury Playback Engine coupled with a compatible nVidia graphics card can make editing many types of HD material as fluid as SD. It’s practically like getting an entirely new and much (much) faster computer. Of course, you are almost compelled to inject the right nVidia graphics card and you’ll likely be tempted to pour more RAM into your box, so the upgrade to CS5 may end up costing more than you initially anticipated. If you have the budget, the results are worth it.