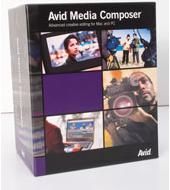 Taking It to the Top

When you talk about non-linear editing, Avid’s Media Composer casts a long shadow over the entire field. As the first non-linear editing application to break into wide acceptance in the film and television industry, an entire Avid ecosystem developed at the top end of editing, and it’s still there today. Most feature films and television shows are cut on Avid, making knowledge of the Avid system a prerequisite to anyone who is aspiring to a high-end editing position.

In recent years the cost of edit systems dropped dramatically, and there are now many competitors in the non-linear editing space. What keeps Avid as the choice of the majority of professional editors, and is moving up to Avid Media Composer right for you?

Back in 1989, $100,000 would get you an Avid Media Composer. Now for the first time, 18 years later, Avid is separating its software from its proprietary hardware, and offering the full Media Composer in a software-only format for just under $5,000. We’re reviewing this latest 2.7.3 version.

Avid Media Composer runs on both Mac and PC platforms, so you can edit in your OS of choice. However, one big caveat with Avid Media Composer is that it is officially supported only on certain makes and models of Macs and PCs, which you can find on Avid’s Web site. Additionally, it will run only on certain versions of the Windows and OS X operating systems, even down to the versions of QuickTime needed, and what cards can be installed in particular slots. There’s a lot of research to be done before you can be sure that your current machine will run this software. This seems to be a throwback to the days when you bought an Avid system that came installed on its own computer, with specialized hardware that was used only for the Avid application itself. This concept seems a bit antiquated for a software-only release, and one hopes that Avid will offer much more robust support for running on more computer configurations in the future.

Once you do have a supported configuration, the Media Composer application itself installs quite easily, and the copy protection is ensured by a USB dongle. The dongle is one of those controversial methods of copy protection that has been around since the Media Composer debuted. The essential concept to grasp in the dongle scheme is that what you really pay for is the small piece of plastic (license) to run the software and not the software itself. The upside of this is that Avid makes all its Media Composer software available for download, so you have access to many different versions at any time. Also, you can install the software on as many machines as you like (say a workstation PC and a Mac laptop), and use each one simply by plugging in the USB dongle. The downside is that if you lose the dongle, or it’s stolen, you now have to buy another Media Composer at the full price. Do not lose or misplace that dongle! The trouble for users is that while it’s fairly easy to back up a piece of software, it’s impossible to back up a hardware dongle, leaving you high and dry in case there is an accident.

Also you’re going to want to make sure that the current Avid version supports the video format that you’re using. The software-only package supports capture and playback for FireWire-based cameras and formats: DV and HDV, DVC Pro HD, P2 and XDCAM. However, some of the more exotic flavors of HDV are not currently supported.

OK, now that you’ve got it on a supported computer (and dongle attached), what about the software itself? It’s editing software — how does it edit? The answer is: very, very nicely. The basics of what we know as non-linear editing software were pretty much developed on the Avid. The structure of bins, timeline, program and preview windows that most software packages now use were popularized by the Media Composer, so there will be few surprises for someone coming to Avid from a different package. The basic duties of any editing software are all well-covered ground by this point, so we’ll focus on what differentiates Avid from the rest of the pack, as well as some new features that this version brings.

The Media Composer interface has had many years of polishing by the pickiest editors on the planet, and it shows in a myriad of little refinements. The video playback is extraordinarily smooth and responsive when shuttling and playing, with variable speed audio that follows along. Its action is the closest approximation to an analog broadcast VTR we’ve seen on a computer. Full-keyboard and icon customization, as well as the ability to save “your” settings and bring them from Avid to Avid, go a long way to making a comfortable work environment. The simple elegance of trimming using the JKL keys is another example of these refinements. These touches all add up to a pleasurable cutting experience.

Audio editing in Media Composer is functional, but not nearly as feature-filled or thought-out as the video side. There is a small selection of Audio Suite plug-ins for the basics, but it’s assumed that at this level you will most likely finish your audio in a dedicated digital audio workstation (DAW), such as Avid’s highly-regarded ProTools systems.

A great feature of the Media Composer in today’s multi-size aspect ratio and frame-rate editing environment is the Open Timeline. Essentially Open Timeline allows you to place any combination of HD, SD and DV formats on the same timeline and edit them, without having to render or transcode them. It’s a huge timesaver.

There are several video and film effects that come with the Media Composer, including a full version of Borris Continuum Complete, but let’s focus on some of the highlights that you’ll find in your effects palette.

First is the new Fluid Motion setting for motion effects, using a “patented pixel-morphing technology,” which does provide phenomenal-looking slow motion, though at the cost of very long render times. There is a draft mode of this effect, though, if you want to simply see it timed out accurately at decreased video resolution, and continue with your editing. You can come back and render in high-quality mode when you’re done with your sequence.

Another effect in Media Composer 2.7 is the SpectraMatte keyer. Designed to help with the difficulty of pulling a clean key in 8-bit formats (DVCPRO HD, DV, HDV, etc.), SpectraMatte will up-rez your footage into a 16-bit format before pulling the key, making it much more accurate.

Color Correction is probably the most used visual effect, and Avid includes the very same 10-bit color correction used on its high-end Symphony finishing tools. Extremely useful features such as match color, where you can use an eye-dropper tool to select two colors from different scenes to match, makes keeping the skin tones constant from scene to scene a snap.

Avid’s media management is also topnotch. Developed in the days when hard drive space was a very sparse commodity, the batch digitizing and consolidating of media are straightforward and work without a hitch. The amount of meta-data you can assign and search for in a clip is very helpful. Also, there’s no chance of mislaying your media assets, if you move them to another drive. Media Composer by default places all media in a folder called, appropriately enough, “Avid Mediafiles” and checks automatically at startup for any changes to these folders. It will automatically re-link all media it finds and update the new locations. No more searching around your system for lost files.

The newest Avid media management tool borders on the just plain magical. It is called ScriptSync. Imagine a feature-length script of about 90 pages or a transcript of a long interview for a documentary. Looked at objectively, all these words are simply a rough cut of your film in text format. The process of assembling your actual rough cut to fit the text script it a long, laborious and sometimes painful process. Enter ScriptSync. Essentially ScriptSync takes a text file of your script, analyzes the audio track from your video and matches the two together. This allows you to click on any part of your script, and the part of the video that you shot corresponding to that dialogue automatically appears in your preview monitor. ScriptSync is very easy to set up and handles multiple takes of the same scene, as well as a fair amount of ad-libbing. It’s one of those time-saving devices that you’ll wonder how you ever did without it.

Avid’s Media Composer is aimed squarely at the professional market, where time is money, With its highly refined interface, media management and new features like ScriptSync, Media Composer can save you a serious amount of time. Avid still continues to innovate in the editing software space, and Media Composer 2.7 is a solid release coupled with some amazing new features.

* There are so many different Avid Supported Configurations that we suggest you get them directly from Avid here.

Top-end editing at a top-end price. Complex system specs, but with some truly innovative features.