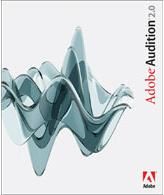 It's pretty easy to spruce up a room in your home by slapping a fresh coat of paint on the walls and moving some furniture — it's the same room, but it seems new. For real change, you have to tear down and rebuild, along with the fun of electrical and plumbing issues. Adobe has done just this on its audio editor Audition. With the 2.0 release, they've not only improved the way Audition looks, but also the way it works behind the scenes and with other applications in the Production Bundle.

We installed Audition 2.0 on a Pentium 4 with 1GB RAM and plenty of available storage. Our dual-monitor setup and Turtle Beach surround sound card also proved very useful after installation. The actual program installation took only a few minutes, but the installation of over 5GB of supplemental files added enough time for a short lunch break. It also required Windows XP, Service Pack 2, so check your machine before setup. Regardless, installation was hitch-free and we were editing quickly after setup.

I've been a loyal Audition user for almost 10 years, going through three major versions of Syntrillium's Cool Edit before Adobe bought the app and retooled it a few years back. Audition 1.0 was simply Cool Edit Pro 2 with a new Adobe logo pasted in. Audition 1.5 made some nice advances in processing and effects, but the interface remained virtually unchanged. With Audition 2.0, it's a whole new animal — almost. On first launch, you may wonder if you started the right program. Gone are the brightly colored icons and sharp edges. Everything has a smooth, professional look. Virtual knobs, buttons and sliders look like they might be in Premiere or Photoshop. In fact, several times during my initial exploration, it felt very much like I was making filter adjustments in either of those programs. This bodes well for newcomers and seasoned Adobe suite users; learn one interface and the rest will follow.

The new user interface follows form with the other programs in the Adobe Production Suite. Screen colors and the new customizable panel architecture are the same across the bundle. And while it all looks very fresh and new, it also feels familiar, which made our tests nearly painless. I guess the best way to describe the new UI is "slick" — not just visually, but also from a usability standpoint. Controls and options are laid out logically and most functions are obvious at first glance.

Out With the Old, In With the New

This space doesn't allow a full description of all the new improvements, so we'll quickly hit the high spots. Audition functions as both a waveform editor and a multitrack mixing environment. Up through Audition 1.5, the multitrack view and mixer were, well, crude. Functional, yes, but nothing like any of their multitrack competitors. With version 2.0, Audition has raised the bar with a clearly marked and highly usable multitrack view and mixer window. Dual-screen users have the luxury of one screen filled with editing options and the other with a full-function mixing console. With the right hardware, multitrack recording is now a breeze and mixing is no longer tedious but enjoyable.

The all-new Mastering Rack offers the ability to stack multiple effects plugins for audio processing. Quickly add a compressor, reverb and limiter to your waveforms, rearrange the order for a different sound and sample the output with various plugins turned on or off. You can even save your setups for later use. Of the new plugins included with Audition 2.0, the Multiband Compressor — licensed from Izotope — is the most impressive. With four completely tweakable bands of compression, sliding crossover points and a final mastering limiter, this plug-in will quickly win you over with its remarkable capabilities.

The new Spectral View offers a different way to edit your audio: in the frequency domain rather than amplitude with graphical editing tools… a powerful new option. Finally, Adobe has somehow managed to make better use of your computer resources. While previous versions would hesitate when switching files or opening plugins, Audition 2.0 never flinches. I can't give you a number, but this was immediately noticeable as I ran version 1.5 on the same test machine. Amazing.

Earlier in this review, I mentioned that Audition 2.0 was 'almost' a whole new animal. Unfortunately, a few quirks remain from previous versions. Once you dig into the program, you'll notice several dialog screens and effect controls are holdovers from the past. It would have been nice to see these items with the new look and feel. Full MIDI support is still missing in action. Yes, this is an audio editing program, but Adobe's competition all offer better MIDI implementation. Online help is better, but still meager, with precious few step-by-step instructions for specialized functions. And Audition 2.0 still chokes on one of my pet VST plugins — a plugin that works fine in every other program I use. Alas.

Overall, Adobe Audition 2.0 is an amazing upgrade — a huge leap forward in virtually every area. With a slick new interface, better use of resources, loads of bundled goodies and the ability to play nice with all the other kids in the Adobe family, it's hard to imagine a better executed upgrade. It's time to step up to version 2. Now, if you'll excuse me, I'd like to get back to playing… er, working with Adobe Audition 2.0.