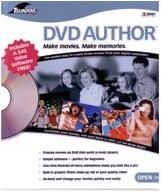 Tsunami MPEG's latest low-cost encoding and DVD authoring solution,
Tsunami MPEG DVD Author, offers a simple, wizard-driven approach to the task of creating DVDs for home or professional use. For a few years now, Tsunami MPEG's freeware MPEG encoder, TMPGEnc, has been a popular tool among low-budget and no-budget digital video enthusiasts; now, the company hopes to capitalize on that success with the introduction of its new DVD authoring solution.

Though it’s inexpensive and easy to use, the Tsunami MPEG DVD Author does include some impressive features, such as dual-layer DVD+R support and the ability to choose between MPEG-1, audio layer 2, Dolby Digital or PCM audio tracks. Its simple, straightforward approach is short on ornamentation–a bonus for some, yet difficult to work with for others.

To test the Tsunami MPEG DVD Author, we installed it on a 2.8GHz Pentium 4 system with 1 GB of RAM, running Windows XP Pro with Service Pack 2.

When you launch DVD Source Creator, you’re presented with a Wizard-style set of 5 menus that comprise the whole of the encoding program’s user interface. Unlike other stand-alone encoding solutions, which contain options for every kind of video and audio codec and file format under the sun, DVD Source Creator focuses on encoding for DVDs alone. While the interface is not very pretty, and some of the English on the menus is poor, the program gets extra points for displaying options and results in a logical manner. Numerous options for encoding–including the abovementioned audio selections as well as 16:9, NTSC, PAL, VideoCD, SuperVideoCD, and VBR and CBR selections–are available. Notably missing is support for input of .wmv and .mov (Quicktime) files.

The quality of MPEG-2 video encoded with DVD Source Creator is good, with remarkably few artifacts.

When you launch the Tsunami MPEG DVD Author, you quickly realize that the sparseness of the DVD Source Creator interface is duplicated in the Authoring environment. It’s simple enough to load a single DVD MPEG clip and give it a few chapters and a basic menu, but once you try to do anything fancy, the program really begins to show its limitations.

4 buttons along the top of the screen–labeled "Start," "Source Setup," "Create Menu," and "Output"–display the authoring process in a straightforward manner. In the Start screen, you create new projects or open existing projects. The Source Setup screen is where you import footage, set up audio options, identify chapter points and perform rudimentary editing/clip-reordering tasks. Create Menu does just what you’d expect it to do, and Output exports projects to your DVD writing hardware or to a disc image file.

Some people like the sparse, unadorned approach that Tsunami MPEG provides in their interface; however, almost nobody likes it in the menus they see on their DVDs. Unfortunately, the menu templates that come with the Tsunami MPEG DVD Author exhibit the same design characteristics (or lack thereof) that you find in the software’s user interface. The Create Menu screen gives you a few options for designing your own menus, including the ability to load your own images and change fonts and colors, but these menu templates unfortunately need to be re-worked from the ground up.

Outputting your project to DVD with the Tsunami MPEG DVD Author is–you guessed it–simple and straightforward. For those who are daunted by the bewildering array of options in a suite-based application (such as those provided by Nero and others), this can be refreshing. If, however, you enjoy the feeling of DVD-burning power at your fingertips, and you would rather have access to more features and controls, then Tsunami MPEG DVD Author is not for you.

Lean, but Not Too Mean

When you look at today’s market of CD/DVD burning suite applications–all of which have full-featured DVD authoring functions–you have to wonder what kind of market Tsunami MPEG is after with the DVD Author. Clearly, the strength of the product lies in its powerful DVD MPEG encoder, so we’re thinking that it is a decent choice for those who emphasize the quality of the encoding over all of the other bells and whistles. Still, it’s clear that Tsunami MPEG has a ways to go with this product if it hopes to carve out a niche in the highly competitive market of low-cost DVD authoring solutions.

End of Play Behavior Control: No

Create Links from Video Tracks: No

Realtime Previews of Motion On Menus: No

Tsunami MPEG makes a good encoder, but they still have work to do in the field of authoring.