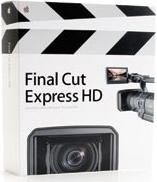 It is January 11, 2005 and Steve Jobs, Apple Computer’s CEO, has just proclaimed 2005 to be the year of High Definition video. Apple then released two new products: the entry-level iMovie HD; and an updated Final Cut Express that supports HDV. Fast-forward to April and the 2005 NAB Convention, with a deluge of HDV product announcements that seem to support Jobs’ statement. Now that Apple’s entire product line supports high-def, anyone can afford the tools to capture and edit HDV.

With the announcement of the sub $2,000 HDV camera from Sony (HDR-HC1), high definition has truly entered the consumer market. So, where does Final Cut Express HD fit in? Don’t let the "Express" moniker fool you — FCX HD offers more professional level editing features than the name implies.

Entry-level applications aimed at the consumer, who generally doesn’t care what marketing statements are on the outside of the box or what acronyms are supported under the hood, focus on removing tedium required to produce a finished product. What consumers want is the most bling for their buck — the product should just work. Apple’s iMovie HD does this.

In contrast, professionals expect applications to provide complete access to every possible control in processing their footage. The less the application insulates the pro from the details, the better. Apple’s Final Cut Pro pulls this off quite well.

Final Cut Express HD fills a difficult niche — the consumer who wants more control but doesn’t need the more esoteric pro features. Final Cut Express HD looks and feels like Final Cut Pro, which means neophyte videographers can expect a very steep learning curve relentlessly barraged with industry jargon and convention. The reward for those that stay the course, is a seamless transition to Final Cut Pro when ready.

Final Cut Express HD supports 720p and 1080i HD video editing via the HDV format. HDV uses MPEG-2 to compress the HD video to fit on a Mini DV cassette. While every frame in the DV format has all the info necessary for editing, only certain frames do in HDV. Final Cut Express HD solves this challenge, by transcoding footage to the Apple Intermediate Codec on capture and back to HDV when printing to video.
Thoughtfully, Final Cut Express HD directly imports iMovie projects with all of their effects, transitions and audio levels intact. It is easy to enhance your video with more powerful effects, video layer compositing, dynamic text and graphics and custom royalty-free music.
Final Cut Express HD offers a customizable user interface, real-time compositing and effects, 99 video and 99 audio tracks, cutting-edge tools for titling, color correction and flexible output options.

Using the innovative RT Extreme engine, Final Cut Express HD enables users to instantly preview many of the effects, filters, transitions and multi-stream composites in real time, without rendering. Another professional feature is the Digital Cinema Desktop, which provides HD and DV preview monitoring on a primary or secondary Apple Cinema Display.

Also bundled is Soundtrack, Apple's music creation software that makes it easy to create original audio for use in your projects. With more than 4,000 royalty-free, professionally-recorded instrument loops and sound effects, Soundtrack allows users to see their video as they compose, automatically matches audio loops regardless of tempo and key and provides real-time arranging and mixing.

Number of Video Transitions/Filters: Over 200

A professional-level HD editing solution for an express budget.

Joseph Dries III is a freelance writer and consultant and Final Cut user.