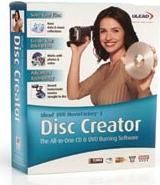 Though Ulead’s Movie Factory 3 Disc Creator software occupies the shallow end of the DVD authoring pool, it offers much to home videographers who want a quick and easy way to author DVDs with a minimum investment in money and mouse clicks. It’s the more feature-rich twin of a pair of Movie Factory 3 software products offered by Ulead; the other version, Movie Factory 3 Standard Edition, sells for $50 and doesn’t include the more extended disc burning suite of features. At first glance, the packaging looks attractive, and is loaded with information about the product. A quick view of the system requirements shows that it runs on any Windows platform and any processor from 800MHz up. Basically, if your system is capable of DV video editing, it will run this software.

For our test, we installed Movie Factory 3 Disc Creator on a Pentium 4 with a 3GHz processor, 1GB RAM and a Pioneer DVR-106 DVD +/- RW drive.

Those who are familiar with earlier versions of the software will be glad to note that version 3 has added motion backgrounds, Dolby Digital encoding and straight-to-disc capture and burn.
In comparison with many high-end DVD authoring titles, this software is very easy to use. Installation is slick, and clean (the only information required is the location on your hard drive where you would like to install the software, and the software’s serial number). Since we ran this test on Windows XP, a restart wasn’t required.

Upon startup, one notices right away that the software’s straightforward approach is rather refreshing (even for a veteran DVD author). Disc Creator takes a step-based approach on its interface. This can be somewhat frustrating to those of us used to DVD authoring; all too often, you find yourself rubbing your forehead asking, “how do I put in a menu?” With Movie Factory 3, you can just sit back and relax; the software will guide you through the process.

Comparing this software to other DVD authoring software is a bit like comparing an SUV to a racecar. Where the racecar is faster on the track, it’s not even capable of off-road drive. Similarly, this software is like the SUV with a plethora of possibilities.

Surprisingly, this isn’t merely DVD authoring software. Disc Creator comes with some rudimentary editing features (even a character generator), and can automatically place transitions between the cuts in your video.

Don’t have a DVD burner? If you have a CD burner, that’s OK. Disc Creator also authors the worldwide popular VCD format. In many countries, DVD players still haven’t caught on, so if you want to send that great moment of junior’s first steps to relatives in China (without worrying about your magnetic video tape going through x-rays), you can send it on a VCD. Granted, VCDs aren’t quite DVD quality, but there are many applications for this format.

The features don’t stop there. Disc Creator is also capable of authoring data discs, audio discs and MP3 CDs and DVDs. Fitting hours upon hours of music on a single disc (that many new car and home stereos are capable of playing) is not only convenient, but very practical. Still, we doubt many of those in Movie Factory 3’s audience will have MP3 CD creation in mind when they decide whether or not to purchase the software.

An added bonus is that during the entire review of the software, it never crashed, not even once.

Although this software is feature plush with a relatively low price, there were a few things we’d have liked to see. For example, some of the higher-end features (like adding subtitles) were a bit hard to find. However, this may be a consequence of the software’s extremely simple nature.

It would also be nice if there were direct interfaces with graphics software. Designing custom menus would go much smoother with this kind of functionality.

These points are extremely minor, and considering the $100 suggested retail price and the target market, they’re easily overlooked.

Granted, you’re not going to be authoring DVDs for major motion pictures with Disc Creator, but for home productions, it’s a great solution, especially when you consider the price. This software fills a niche very well–that of hobbyist and family videographers transferring their home movies to DVD with a minimum of hassle.

A good inexpensive solution for creating basic DVDs and CDs of all sorts.

Ty Audronis is a producer, editor, animator, and consultant for film and video specializing in visual effects.