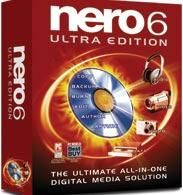 Hearing the phrase “good software” together with the word “value” seems like an oddity these days, as prices keep going up, big bugs keep surfacing and product cycles keep getting shorter. But Nero 6.6 is truly a piece of good software that is certainly a value, especially if you’re a user of an earlier version of Nero. (Note: Originally developed by Ahead Software, the company recently changed its product name to Nero. Same company, now named after its flagship product.)

The 6.6 upgrade, a free download to existing users of Nero 6, adds a number of new features and enhancements to existing features. This review serves as an update to our first review of Nero 6, which appeared in our 2003 Special Buyer’s Guide issue.


SmartStart, Nero’s launchpad for all of the bundled software applications that come with the suite, has improved a bit over the previous version. It’s now more obvious how to proceed with projects (by using a pull-down menu), and more obvious how to exit the applet. The idea with SmartStart is that you can navigate to the type of project you want to create and then the program takes you to the next program that’s best suited for the job.

By default, SmartStart automatically places itself into the Windows system tray once the desired application is launched, then restores itself once the task is complete. This is handy if you routinely need to do tasks such as producing labels post-burn. However, we’ve found that we usually only need to perform one task at a sitting. If the prospect of having SmartStart return back drives you bonkers, there’s a configuration option you can select to keep that from happening.

In an effort to keep the program friendly to its users, there’s also a toggle to go between standard and advanced tasks. This means the program can grow with you if you’re just getting started and need something simple to work with now.

Burning Down the House


The centerpiece of Nero is obviously disc burning, something it has always done admirably with Nero Burning ROM. All of the features offered by modern CD and DVD burners are fully exploited in Nero Burning ROM, from buffer overrun protection to optimizing the write strategies offered by many of today’s drives. For example, we burned some ISO images onto some 8X DVD+R discs, and between our Lite-On 12X DVD burner and Nero Burning ROM, the disc was successfully burned at 12X, with a consistently full buffer.

Unlike some other disc burning programs, Nero also handles video via NeroVision Express. This is a straightforward, basic video editor that offers both timeline and storyboard views. Rollover help is profuse and thorough. A number of very nicely executed transitions are included as well. This is still basic stuff, not to be confused with Avid or Vegas, but it works very well for quick, simple jobs.

Other video tools include Nero Wave Editor a very usable audio editor; Nero ShowTime and Nero Media Player, both media player apps; and Nero Recode, which rips and re-encodes non-copy-protected DVDs to fit them onto single discs (or convert them to Nero Digital). Nero Digital is an MPEG-4-based codec with some additional tweaks, resulting in color that seems a bit more vivid and motion that seems a bit more fluid than with samples of other MPEG-4 variants that we’ve seen. And it’s making inroads–a handful of CE devices like DVD players now include the Nero Digital codec, and some DVD decoder chipsets can now decode the format natively.

Over the course of our review, we noticed a few things that struck us as odd. First off, we wish Nero could remember which mode we used last. We like to burn single-session discs in Disc-at-Once mode to preserve compatibility with older equipment, but Nero always defaults to opening multi-session, track-at-once discs.

Another oddity that occurs within NeroVision Express is that the clip duration reads as hours, minutes, seconds and hundredths of seconds–not as hours, minutes, seconds and frames. An option to go between hundredths and frames would have been nice. Perhaps the idea was to logically allow the use of film, PAL footage and NTSC footage on the same timeline, although when you consider the differences in color space, frame rates, etc., it seems like that might be asking for trouble.

When you’ve finished burning your discs, you can fire up Nero Cover Designer to create booklets, inlay cards and disc labels. The software comes with a wide array of layouts for use with disc, and also supports disc printers, (which is the approach we recommend.)

You’ll be surprised to find the sheer amount of things this product can do. We have to admit that we were–and since space is limited in these columns, we couldn’t devote much attention to InCD (packet writing/drive letter access utility), PhotoSnap (photo manager), BackItUp (backup) or MediaHome (network media sharing utility), among other facets of the software.

Overall, we have to give it to Nero for making an already-great product even better. Nero Ultra Edition 6.6 is noticeably more stable, polished and usable than its predecessors.