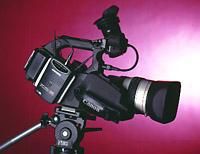 As the old axiom says, videographers either swear by wireless mikes or swear at them. Grizzled video veterans would say the difference between the first group and the latter is nothing more than time. Even the most expensive wireless mikes can let you down.

Here are 10 tips to help minimize the odds of a wireless catastrophe. If you shoot in locales where your wireless never hiccups, these tips will help keep your system purring along.

Wireless microphone systems, especially wireless transmitters, are notorious for eating batteries. The transmitter is actually a little radio station, burning up battery power to launch the audio signal through the air. The receiver’s job is less strenuous, but it can still consume batteries in short order.

Always have plenty of extra batteries. Learn what type of battery works best in your wireless system and stick with it. Make sure to dispose of dead batteries promptly so you don’t mistakenly re-use one right before a crucial shoot. Folks whose livelihood depends on strong batteries test even new batteries with a meter or checker. For the videographer, a simple battery checker is a small price to pay for peace of mind.

2-Use a wire when you can

If you don’t need to use a wireless system, don’t. This may seem like odd advice in a wireless column, but it’s actually good advice.

Wireless mikes are dramatically more complex than their wired brethren, increasing the odds of failure considerably. Even when a wireless system is working perfectly, its signal is at the mercy of its environment. No one can control or eliminate all the variables that lead to the dreaded dropout (loss of signal).

It’s not a good idea to have a wireless system as your only external mike. Pack along an inexpensive handheld or lavaliere mike and cable, and look for opportunities to use them. When you need freedom of movement, that’s when you should reach for your wireless.


The further the wireless signal travels, the weaker it gets. Double the distance between transmitter and receiver, and signal strength drops to one-quarter. Double it again, and the receiver has just one-sixteenth as much audio signal to grab.

Weaker signals are more prone to dropout, which means shorter distances will usually deliver better wireless performance. Look for creative ways to bring your wireless transmitter and receiver closer together.

Imagine you’re shooting a lecture or presentation, and the speaker has agreed to wear your wireless lavaliere mike. If you set your camcorder near the back of the room, however, you’re getting lots of dropout.

The simplest solution is to move your camcorder closer to the speaker. Even better is to place your receiver just outside the shot, on the floor behind the speaker or in an unoccupied chair. Run a cable back to your camcorder, and audio problems will likely disappear. The wireless receiver will have a much stronger signal to work with thanks to the scant few feet between antennas.


Like a radio station, each wireless mike broadcasts on a set frequency. This frequency may be fixed at the factory, or you may be able to switch in on the transmitter and receiver. The latter is preferred, because two wireless mikes can not use the same frequency in the same area. If they try, the result sounds like an audio train wreck.

If you discover that you’re not the only videographer using a certain frequency, a switchable system will allow you to change frequencies and co-exist peacefully. Having just one other frequency to choose from may save the day; having several is even better.

Wireless mikes also fall into two major camps based on the frequency range they use: VHF (Very High Frequency) or UHF (Ultra High Frequency). Most professional mikes use the higher-frequency UHF band, where the FCC allows for higher output power. This makes for greater range, but shorter battery life.

UHF users have one other problem to consider. The FCC has started handing out portions of the UHF band to DTV (Digital Television) broadcasters. If a local DTV station is using your particular slice of the spectrum, your UHF mike doesn’t stand a chance. You’ll need to switch frequencies and hope for clear air.


Wireless mikes often experience dropouts due to multi-path interference, where direct and bounced transmitter signals reach the receiver with similar strength. If the bounced route is just the right (or wrong) length, the direct and bounced signals cancel each other out. The result is silence at best, or a blast of white noise at worst.

Because wireless mike frequencies are so high and their wavelengths so small, moving your receiving antenna just a few inches can make a huge difference in dropout performance. Most receivers have hinged antennas for a reason–placing the antenna at a different angle may also eliminate dropout.

If your wireless transmitter has a thin whip-style antenna, changing its location can also make for a better signal. Burying the antenna under thick clothing isn’t a good idea, and placement further from the signal-absorbing body is preferred. As a last resort, try wrapping an antenna around the body horizontally instead of hanging it vertically. Try anything!


Manufacturers have come up with several schemes for improving wireless mike reliability. One is to simply add a second antenna to the same receiver electronics, creating what we call a diversity receiver. If one antenna is experiencing dropout due to multipath interference, odds are good that the other antenna is not. Pointing the two antennas off in different directions can also reduce the chance of dropout.

Better yet is a true diversity receiver. This type of wireless system actually has two independent receivers in one box, each with its own antenna. A microprocessor scans the two antennas, silently switching to the one with the strongest signal. True diversity receivers are the most reliable receivers available, but they’re expensive and usually found only in the UHF band.


In addition to a wired mike and cable for a safety net, it’s not a bad idea to invest in a second wireless mike system. It doesn’t have to be as expensive or elaborate as your main system–it simply has to function in a pinch.

This doesn’t just mean when your main system breaks. You may be in conditions where your first-string mike just isn’t giving you a clean signal. Due to differences in electronics and antenna design, your backup system may have no problems in that locale. When all the conditions are right, a $150 wireless system may outperform one that costs five times as much.

The golden rule of audio monitoring is to plug your headphones into the last-possible place in the signal chain. The wireless receiver doesn’t qualify, as the signal still has to make the trip into the camcorder itself. If a cable or adapter dies between receiver and camcorder, you’ll never know it if you’re monitoring at the receiver.

Plug headphones into your camcorder, and listen up. If you hear a dropout or other audio malady and can bark for a re-shoot, record the scene again. If you hear no audio at all, start checking switches, batteries and cables in that order.


Your wireless mike receiver may come with the exact cable you needed to plug right into your camcorder. If it didn’t, you need an adapter (or two, or three) to connect the two.

If you have a string of adapters sticking out of your camcorder’s mike jack, it’s only a matter of time until something snags the cable and breaks the jack. Avoid this costly and embarrassing mistake by using the minimum number of adapters. If you have a friend who’s handy with a soldering iron, commission him or her to build a custom cable. Even if you don’t use your wireless system much, you’re still rolling the dice if you hang more than one adapter off your mike input jack.

10-Listen before you buy


Many people assume that all wireless mikes sound the same. Nothing could be further from the truth. The design of the mike dictates the overall sound (crisp, muddy, thin, etc.) and how well the mike rejects unwanted noises. The transmitter/receiver electronics control things like how much hiss the signal has and how much of the mike’s frequency response ends up on tape.

If you’re shopping for a wireless mike, listen to the mike before you buy it. Pin it on somebody else and have them walk 30 or 40 feet away. Roll some tape and record them talking. Then do the same with another mike. Listen back to your tape, and choose the system that sounds the most natural and articulate.


The wireless mike is a wonder of technology, one that requires some special consideration on your part. Learn these simple principles, and your wireless mike system will serve you faithfully.