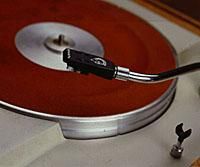 If your editing setup has more cables and black boxes than timelines and preview windows, don’t despair. You have all the tools you need to make videos that look–and sound–excellent. This month, we’ll cover audio tips and techniques for linear editors.

One of the tricks big-budget filmmakers use to create powerful, engaging soundtracks is to layer up lots of sounds. One scene in a movie may have dozens of ambient sound tracks, sound effects tracks and music beds all layered into an impressive mass of sound.

For the linear editor, the simplest way to create layers of sound is to have several audio sources playing into a mixer at once. The good news is that this doesn’t have to be a bank of expensive editing VCRs synchronized by an expensive edit controller. These sources don’t even have to be of the highest fidelity.

The easiest layer of sound to add to your video is that of natural or background sound. Natural sound is the aural "backdrop" for any location, sound that gives the brain cues to its whereabouts. Outdoors, natural sound might be the cheerful tweeting of birds. In a factory, it could be the din of heavy machinery. Work natural sound into your productions, and their realism and believability will take a significant jump.

Odds are, you already have a recorder well-suited to playing back natural sound while editing. A camcorder makes a great playback source, as does a normal cassette deck or MiniDisc player. Simply route the audio outputs of the source into your mixer, and add an appropriate amount with the fader. If you’ve got enough natural sound on tape, you can just let the source run while you work up your edits. If you don’t have much material on tape, you’ll need to cue up the source and start it playing just before the edit occurs.

Don’t forget that the common home VCR is a great audio playback source, especially if it has hi-fi capabilities. If you’ve recorded some natural sound with your camcorder but are using it in your video editing system, copy the sound to the VCR before editing. Then, use the VCR for audio playback.

A CD player is the obvious choice for adding music, thanks to its fast cueing and great fidelity. The CD player is also excellent for adding sound effects, provided those sounds don’t need to be precisely synchronized to some on-screen action or event.

Synchronization of sounds can be a real challenge in the linear editing realm, especially with less-sophisticated systems. Unless you’ve got a very accurate time code system, you should never separate dialog from the visuals. In other words, don’t record the dialog audio from your source VCR to a cassette deck or MiniDisc player and expect to get the words back in sync with the video. It will never happen, and you’ll end up with what looks like a poorly dubbed foreign film. Keep dialog audio and moving lips on the same piece of tape, and your life will be much simpler.

But what do you do if you want to dub in a sound effect that’s closely tied to some on-screen action? How, for example, can you get a gunshot sound from a CD library to match up with the visual of a gun being fired?

In a perfect world, every videographer would have a CD player that responds to commands from the edit controller. Without one of these rare and expensive tools at your disposal, you need to find some sort of audio source that will respond to your edit controller. Thought of one yet?

Turns out the humble source VCR fits the description nicely. Simply record the sound effect onto your source VCR and dub it onto your record deck from there. Even if you have a controller that doesn’t benefit from time code, you should still have adequate accuracy to synchronize the sound.

If you don’t have an edit controller at all, don’t give up on synchronized sound effects. Thanks to the accuracy of the average CD player transport, you can learn how long it takes to exit pause mode and begin playing a sound. With a sharp eye, a prompt finger and some practice, you can manually synchronize sounds with surprising accuracy.

Here’s how it works. In pause mode, cue up your CD player to the track that contains the sound you’re after. Release pause and note how much time transpires before the sound plays. On your videotape, look for some visual cue that occurs roughly that far before where the sound should occur. Play back the tape, and un-pause the CD player at precisely that spot. If things don’t line up right, try to find a different visual cue. If the sound was early, you may be able to start a brief count in your head between when you see the cue and you release pause. In a few tries, you should be able to consistently hit the visual cue with the sound effect.


One of the biggest challenges when editing a video is ensuring that audio levels stay consistent. Not only should your video start and end at the same volume, edits should flow together without obvious changes in level.

Dialog is the real clincher to get matched well, especially when you’ve shot your masterpiece in several different locations. Ambience levels, background noise and overall tone can change dramatically from place to place. Glancing at your record deck’s input level meters won’t tell you much, as the meters are responding to signal level only and not perceived volume. Dialog may hit the same spot on the meters in two different scenes, but sound dramatically different in volume to the ear.

If your viewers are going to be listening to your video with their ears (as most viewers will), then you should trust your ears when matching up sound between edits. One of the best techniques you can use is to preview each edit with your eyes closed. This forces you to concentrate exclusively on the audio, making it much easier to hear even subtle changes in level. Another helpful trick is to preview the edit at least once with your monitor volume turned way down (but not all the way off). This can give you a fresh perspective on how the edit sounds.

Finally, try distracting your conscious mind so your subconscious can give the edit a listen. Pick up something to read, look at pictures in a book, or doodle on a piece of paper while previewing the edit. You may be surprised at how much more you hear when you stop trying so hard.

The mixer is probably the most important tool you have at your disposal for any linear audio work. Sliding a fader can quickly compensate for mis-matched levels, and a mixer’s EQ can go a long way towards fixing obvious changes in tone. The mixer is also the only safe way to combine multiple audio inputs. Using a "Y" cable to blend the outputs of two different audio devices is almost never a good idea.

Another helpful tool for leveling out your sound is the compressor. This electronic device reduces the level of stronger signals, effectively "closing the gap" between soft and loud sounds. Unfortunately, a compressor also brings up ambient sound and noise.

All these problems stem from a few characteristics of the format: 1) If a hi-fi VCR detects hi-fi tracks on the tape, it will use them and mute the linear audio track. 2) If you want to hear a mix of the hi-fi and linear audio tracks, you have to select this option on the VCR or remote. 3) When recording, a hi-fi VCR "clones" the audio from the left and right channels and records this mono mix onto the linear audio track. 4) When the stereo and linear tracks contain the same audio, mixing them together on playback creates severe interference and horrible audio.

Some solutions: 1) If you plan to dub to the linear tracks at any point in your finished video, dub silence over the full length of the linear track first. This eliminates problem number four above, which occurs where you haven’t dubbed audio. 2) If you feel safer not using the hi-fi tracks at all, you must shut them off when you’re editing the video itself. (This is usually controlled through an on-screen menu command in prosumer VCRs; in higher-level units, it’s usually a switch located on the face of the deck.) Simply turning down the input level controls or unplugging the cables won’t do it–you’ve simply recorded silent hi-fi tracks (which the VCR will play back silently). Since the VCR records hi-fi tracks with the video, you can’t wait until after the video edit to disable the tracks. 3) Resolve yourself to always making a copy of your master before showing it. You can then control all the audio monitoring yourself, sending the proper mix of tracks to the record deck.

Once you get started playing around with your audio tracks, you’ll discover that it’s not nearly as difficult as it sounds. As with most video editing skills, a little common sense goes a long way. Good luck!