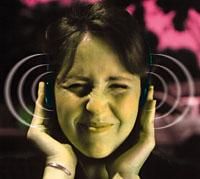 Technology is a funny thing. Every now and then, someone comes up with an idea that—on the surface—looks just wonderful. In use however, that "great idea" may cause more problems than it solves. For example, take the camcorder’s auto-gain circuit (or AGC).

The AGC’s job is to keep a consistent level of sound, regardless of what’s going on around the camcorder. If the camcorder picks up a loud sound, the AGC quickly reduces its level to avoid overload distortion. When things are quiet, the AGC slowly turns up the level in an effort to record something. In a world that bombards camcorders with extremely loud sounds one instant and quiet ones the next, having a circuit that will automatically compensate seems like a good idea. In the right shooting conditions, it is.

Unfortunately, AGC is a bad idea more often than not. Consider what happens when you’re recording a person speaking in a moderately noisy environment. When the person is talking, things sound great. When the speaker stops, the AGC tries to fill the silence with anything it can get. In this example, the camcorder records background noise, which the AGC raises to a dull roar in a matter of seconds. When the speaker begins talking again, the auto-gain is cranked up and the first word comes booming in at an extremely high level. The AGC quickly compensates, bringing the record gain down to a level appropriate for the speaker. So it goes, with voice and background noises alternating up and down like kids on a teeter-totter (Figure 1).

Breaking the Chain
The most obvious way to whip these problems for good is to disable the AGC. Unfortunately, this requires a camcorder with manual audio record levels, which is a rare beast. Camcorders with manual record levels tend to fall on the expensive side of the market, making these controls out of the reach of most videographers.

For the rest of us shooters working with more modest budgets, here are five techniques to alleviate the AGC headache:

1-Trick the AGC with a Loud Sound or Voice
This technique uses a spoken word, handclap, fingersnap or any other moderately loud sound to drop the AGC to a reasonable level before taping. Making a loud sound lowers the record level quickly, at which point it begins slowly climbing up again. If you start recording while the AGC is still low, your shot won’t begin with a blast of background noise. If your speaker begins talking soon after the shot starts, their first word won’t be dramatically louder than those that follow.

One alternate technique is to have your speaker say "three… two… ONE…" just before the shot starts. This works well if you’re not planning on editing your footage later. If you’ll be editing after-the-fact, you can just roll tape and record their countdown at the head of the shot. This will allow the AGC to establish the proper record level before that crucial first word.

This technique doesn’t really apply when your speaker stops talking briefly mid-shot—he or she can’t very well clap their hands or do another countdown without looking ridiculous. If you plan to add music and do a little audio massaging with a mixer after you shoot, however, you can use a variation on this technique while tape is rolling.

Say, for example, your speaker is addressing the camera from one spot, walking several feet to another, then addressing the camera again. If you snap your fingers or clap about a second before the speaker resumes, their first words will sound natural. When you edit the footage, use a mixer to eliminate the loud sounds during the pause. Cover the whole thing with some music, and no one will know.

Before you try these techniques on a real shoot, experiment with your camcorder. Record yourself speaking in a semi-noisy environment, and try different sounds to trick the AGC. On playback, listen to how your camcorder’s AGC responds, how quickly it recovers and how high it cranks the noise. Soon, you’ll have a good grasp on the audio characteristics of your specific AGC, knowledge you can apply to trick it into submission.

2-Gate Your Audio When You Edit
In the music recording world, a electronic gizmo called the "noise gate" is used every day. It mutes or reduces the level of an audio signal when that signal is below a certain level–once the signal has enough strength, the gate lets it pass. In a nutshell, loud sounds pass through a gate unhindered while quieter sounds (noise) get reduced.

You can put a noise gate between two VCRs as you edit, between your camcorder and VCR as you dub or patch one into an audio mixer. If your AGC isn’t making background noises as loud as your desired audio, you can set up a noise gate to differentiate between the two. This will reduce noise during quiet moments, and may even eliminate it completely.

You can do something similar with an audio mixer and good-old elbow grease. Simply watch your footage and lower the appropriate fader(s) when your subject isn’t speaking. With practice, you can get quite efficient at this "manual gating."

Folks editing with computer-based systems have it easy, as they can just drag in volume changes to drop the audio levels during pauses. With some experimentation, you can perform fades that are the exact inverse of your AGC’s level changes.

3-Shoot Where There’s Less Noise
Since the main problem with AGC is fluctuating noise levels, shooting in a quieter environment can make AGC gymnastics less obvious. The AGC will still crank up its record level during quiet moments, but all it will have to work with is a little hiss from the microphone itself. Though nowhere near as nice as true silence, this is much less noticeable than the roar of an air conditioner or rumble of nearby traffic.

Every auto-gain circuit has a limit to how far it will turn up background noises. When the AGC finally maxes out, a quieter location will translate to considerably less noise on tape.

4-Use an External Mike
In addition to background noises, auto-gain circuits have a field day with noises coming from the camcorder itself. During quiet moments, your soundtrack may end up being a symphony of autofocus motors, transport gears and button presses. An external mike will eliminate noises emanating from the camcorder, allowing for dramatically cleaner audio tracks.

An external mike can also be closer to the subject than the on-camera mike. This makes voices and other desired sounds considerably louder relative to the noise, and results in less audio garbage on the tape.

For the least noise possible, try a dynamic microphone. Condenser mikes have built-in electronics that can generate a trickle of hiss, as do wireless mikes of all types. Dynamic mikes (at least those attached with cables) are passive devices, generating virtually no noise themselves. This gives the AGC less to work with during the quiet times, which translates to cleaner recordings.

5-Record to a VCR
One final way to thwart your AGC is to not use your camcorder for audio at all. Instead, run the video output of your camcorder into a VCR with manual audio record levels (these controls being far more common on VCRs than on camcorders). Then, wire an external mike or two into an audio mixer. Get good audio levels at the mixer (you can verify this with headphones), and route its line outputs into the VCR’s audio inputs. Some VCRs have mike inputs, which eliminates the need for an audio mixer.

This setup works only when you and your camcorder are keeping still, such as in a studio or at a public performance of some kind. Just remember to monitor your audio with headphones plugged into the VCR, not the mixer. This is the only way to be sure sound is ending up on tape. Another just-in-case tip: pop a tape into your camcorder and record onto it as well as the tape in the VCR. If you’re shooting a once-in-a-lifetime event, this simple backup may avoid a great deal of grief should something go wrong with your cabling or VCR.

Dirty Pause
Don’t despair if all this sounds like a lot of work to thwart the efforts of a camcorder "feature." These tricks will become second nature in time, and your videos will sound much better for it. Nothing robs a finished tape of professionalism quicker than that familiar swell of background noise during a speaker’s every pause.