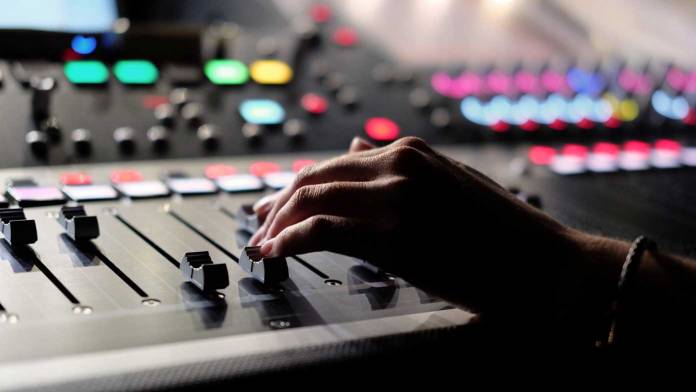 Sound is half of your video production, and sometimes you have to work outside your audio setup comfort zone. It’s not always sit-down interviews and Steadicam work, you know. A time may come along when you have to record at a live event and audio is most crucial. From simple to not-so-simple, we’ll help you through.

Your daughter joined show choir this year and, since you’re the only parent with video chops, the director has drafted you to chronicle their year of performances, and that includes audio recording. This isn’t Glee, it’s the real world and you need to know how to get the best audio recordings for the video. Whether it’s show choir, a school concert or live music with the local community philharmonic, there are plenty of opportunities for audio recording at live events.

Live event recording is nothing like any other form of production. While you might get to use a clapper or slate just before the event begins, you won’t have that convenience once things get started. If the schedule changes during the event, there are no retakes, you just have to adapt to those changes as they come.

This requires some pre-planning on your part. Visit the venue prior to live events to get a better idea of the layout. Contact the director, producer, or coordinator of the live event and ask specific questions about schedule, flow and placement of the participants. Assume this will change. If possible, make friends with the tech crew. They’re a great source of information and can help you with things like power, lighting and maybe an audio feed from the mixing console for your live recording.

There’s also a difference between documenting entire live events and producing a promotional or news piece that only uses small portions of the performance. In either situation, your best practice is to make sure you’re recording audio the whole time.

The audio recording landscape has changed quite a bit in the past few years. While it’s still possible – and practical, to use separate microphones, a mixer and recorder for live events, the trend is toward self-contained portable audio recorders. The reasons are obvious: mic, recorder and monitoring in a small, battery-powered package. Flash memory cards store the recordings and you choose whether to attach the output to your camera or not. Plus, you won’t have to mix during production and the starting price is the cost of one decent wired microphone. A virtual mobile recording studio is audio recording at it’s simplest.

When creating live recording, the simplest setup is often the best. It doesnÃÂt get much simpler than a portable audio recorder on a stand in front of the stage.

The only real downside to portable audio recording is the fact that you’re married to the included microphones. If you need better, different or more microphones for an event, separate pieces might be the way to go. There are hundreds of possible microphone choices and, typically, standard video microphones aren’t the best option. For live event recording, cardioid microphones usually work best. They’re directional, but not so much that they eliminate all other sounds. There are plenty of affordable options here. A microphone mixer from any number of manufacturers will have from two to 32 inputs available. If you’re buying, get more inputs than you think you need. Trust us here.

For live recording, you’ll need a few other accessories too. First, microphone stands for all your mics. Black stands blend better and won’t stand out on video. You also need microphone cables for every mic, and a spare or two as well. Unless you plan to mix near the mics, long cables are best. The wires can get complicated with 100 feet being plenty for most buildings, and while four 25-foot cables may be more manageable, there’s a greater chance of a bad connection. Of course, you still need a way to record the audio. This can be a portable audio recorder, a laptop or even the camera itself, as long as it has an audio input for recording. Don’t forget cabling and adapters to get the mix from the console to the recorder.

Recording audio with DSLRs is challenging, but not impossible. Here’s an audio tip for those shooting with DSLRs. Most current DSLRs have an audio input in the form of a 1/8-inch mic jack. While the microphone and preamp in the camera both leave much to be desired, it’s possible to attach the output of a mixer to this jack. Recording in uncompressed stereo, 48kHz, 16-bit format, this is a viable audio recorder, if only for backup. The trick is to reduce the sensitivity of the input. In video mode, navigate the menu to the sound recording section. Change the sound recording mode to manual and reduce the recording level almost all the way down, just one click above zero. You still need to test the mix coming from your console, but the recording meters will tell you if there’s too much signal.

When creating live recording, the simplest setup is often the best. It doesn’t get much simpler than a portable audio recorder on a stand in front of the stage. Point the mics toward the performers, hit the record button and walk away. Sync the picture to the sound in post and you’re done. Of course, that won’t work in every situation.

A more traditional approach with separate microphones and a mixer requires a bit more effort. A great microphone technique is the X/Y stereo setup. Place a microphone stand or stands at center, in front of the performance. Imagine a straight line from the stand to the back of the stage and point each microphone 45 degrees off that line; one toward the right, one toward the left. Keep the heads of the mics aligned. This provides a nice stereo recording image and minimizes the visual impact of microphones and stands. Route the mic cables to your mixer, pan the two channels hard left and right and there you go.

If there are individual, specific areas to cover on the stage, multiple mics may be necessary. In this case, point each microphone toward the performers in that area. Use as many mics as needed, but don’t go crazy. Covering a larger area with one microphone is simpler than trying to individually mic every little thing.

There are times when a venue already has adequate microphones and mixing in place for live events. This includes personnel to mix a live recording. In these cases, it may be possible (if you ask nicely) to get a board mix from the audio system. For this job, make sure you have plenty of adapters available, both for potential mixer connections and for your camera or recorder. Mixing consoles typically have one of three audio output options: professional XLR connectors (male), 1/4-inch jacks or consumer RCA connectors. Any of these will attach to your camera or recorder provide you have the proper adapters. Odds are that this is a line level signal, so don’t automatically plug it into your camera without proper audio level matching.

The digital revolution hasn’t forgotten the live events audio world. Affordable digital mixers are slowly finding their way into venues everywhere. Attaching to analog outputs works the same, but there is another option on many mixing consoles. Some digital mixers include a USB or FireWire port for recording directly to a computer or even a flash drive. This is an excellent option for extracting audio from a mixer. No fuss. Just files to take home.

Recording live events is challenging. But with the right tools and some practice (hint: attend rehearsal) you can capture great audio to go with your live event video.

If you’ve ever tried to shoot a long-form event with a DSLR, you know there are limits. Not just in how the camera handles and what lenses to use, but also recording length. The 30-minute mark is often the maximum recording time for DSLRs. Unfortunately, live events are likely an hour or more. In this situation, your best strategy is to use a separate audio recorder. Whether it’s a computer or a dedicated device, this ensures that there are no gaps in the audio recording. As an extra backup, if possible, run two cameras and stagger their start times so you have overlap in the audio. You’ll need to sort it out later on the timeline of your video editor.

Contributing Editor Hal Robertson has spent more than 35 years recording audio at both live events and in the studio – and attaching that audio to video.