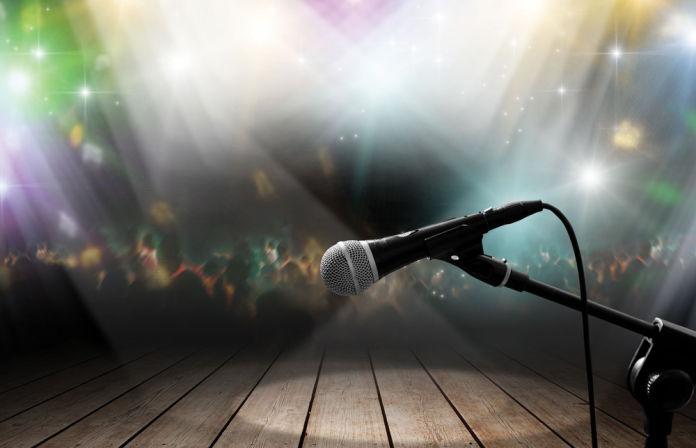 Just as standard definition video surrendered to high definition, stereo audio starts to fade into more and more surround sound.  Aside from mobile devices, it seems virtually every other form of entertainment can or does have surround sound attached. That’s great because it helps draw the viewer into the action and creates a bond with the material that pixel counts alone can’t achieve. As things progress, the line between professional and prosumer productions gets even blurrier. In fact, with just a few tools and some patience, you can create a DIY surround sound track for any production. This issue and next, we’ll walk you through the process of sound editing for your first surround sound project.

A surround sound project has to start with raw materials. As the sound designer for your project (among other things), your job is to capture or create elements that fit in the context of the production. This could be simple or difficult.
Our first example is a concert video for your local performing arts society. It’s a simple concert featuring piano, string quartet and a solo vocalist. The finished video will be used as a fundraiser to bring more concerts to the area. This is a live, one-time event, so you have to get it all on the day of performance.  Obviously, you have to record the musicians, but there is an audience too and their contribution will be in the form of applause. How do you record all these elements with surround sound in mind?
Perhaps the best recording method is the use of a multichannel audio interface and some computer software.  Any interface that can capture eight or more inputs simultaneously is ideal. Not too long ago, this would have been an expensive proposition. Today, manufacturers like MOTU, TASCAM, PreSonus and others offer this technology for around $500 – even less if you shop carefully. Attach the device to your computer, install an audio editing software, hook up some microphones and you’re ready to record. Of course, it’s a little more complicated than that, but this type of audio recording makes surround sound production easier and opens up even more production opportunities.
In our concert, (Figure 1), you’ll need at least five microphones: a stereo pair facing the stage for music, a stereo pair facing the audience for their reaction and a single mic for the vocalist. You don’t need identical mics for everything, but each pair should include identical mics. The solo mic can be anything that works well. If you have the resources, you could mic each instrument individually, but this requires quite a bit more mixing work later and, typically, these types of performances work quite well with simpler mic technique.
A more economical approach uses a couple of simple portable audio recorders. A current, self-contained 4-channel audio recorder with built-in mics is Zoom’s H2 (or H2n) records front and rear stereo pairs simultaneously. By mounting one of these on a stand near the front of the stage, you’ll capture all the music and audience reaction. Dedicate another portable recorder close to the vocalist and you have all the audio elements for your surround sound mix.
Using this type of setup requires some time ahead of the performance to get recording levels right. You can easily set levels during rehearsal, but there is no way to gauge audience reaction. It could be very loud compared to music levels. In this case, it’s best to leave quite a bit of headroom in the recording level. You can tame some extra noise later, but you can’t get rid of overload distortion from an enthusiastic audience.

Advancements in camera, lighting and audio technology have made independent film tempting for many budding producers. Film projects are usually all about the dialog. That means you need to capture the best quality dialog possible. Normally, this means wireless mics on each actor and a shotgun mic overhead as a backup. Rather than spend $500 or more for a single wireless mic, consider using a simple pocket recorder coupled with an inexpensive lapel mic. You get the mobility and sound of a wireless system at a fraction of the cost, plus audio recordings safely tucked away on a media card. In fact, using the least expensive pocket recorders, you can outfit three actors for less than the price of one wireless unit.
Imagine this scene: a couple is discussing their future over drinks at a club. They’re seated at a table surrounded by other patrons. In the background, a disc jockey is playing music at moderate levels. Your task is to capture all these elements quickly and efficiently for your indie feature film. First, and most important is the dialog. Whether miking the couple individually or using a shotgun mic overhead, the dialog for the scene is recorded without any other sounds. The extras who serve as your club patrons will have to fake their conversations, eating and drinking with as little noise as possible. Once the dialog is tracked, it’s time to break out your multichannel recorder. The H2 is perfect here again, but you can also do this with two stereo recorders or a multichannel computer recorder. Place the recorder(s) or mics near the location of the table from the scene and direct the crowd to talk, laugh, eat and drink as they please. Record this for at least five minutes. Recording the DJ isn’t necessary, although, if there’s dancing in the background, make a note of the tempo of the music so you can match it later. If there’s a practical way to log audio file names and associate them with scene takes, the extra effort will save some frustration later when editing and mixing.

Once you have all the raw materials in place, it’s time to figure out how to blend it all together. The crucial parts of this equation are your mixing hardware, software and environment. It would be nice to have a dedicated, acoustically treated space to mix in. This seems impractical for most of us, so we’ll make the best of what’s available. We’ll start with your computer desk. The room should be large enough to pull the desk away from the wall a bit. This will help with speaker placement and, if necessary, acoustic treatment. Speakers should be mounted on stands if possible, but wall mounting is acceptable if there are no alternatives.
Most desktop computers come with surround sound sound cards today, but if yours didn’t, there are internal and external add-on cards that will do the trick. While there are six, seven and eight-channel surround modes available, we’ll concentrate on 5.1 mixing, since it’s the most common and supported across a broad range of products and delivery methods.
Speaker placement for mixing surround material is a bit more exacting than setting up in your living room. Imagine a large circle and your mixing chair is in the center of the circle. (Figure 2) Directly in front of you or zero degrees – is the Center channel speaker. Along the arc of the circle, 30 degrees to either side of center are your Left channel and Right channel speakers. Finally, behind your mix position, and somewhere between 110 and 150 degrees off center of either side are your Left and Right surround speakers. The subwoofer should be located against the wall behind the computer desk, but somewhat off-center if possible.
Once the speakers are set up and connected to the computer, check the sound card settings to make sure the computer knows you’re using a six-channel (5.1) speaker system, then listen to some of your favorite music and movies. This gets you familiar with the new setup and can identify any potential problems like rattles and buzzes. You might find that your mixing environment is too lively. If so, consider some sound absorbing material to minimize audio reflections. This doesn’t have to be expensive – even some simple moving blankets hung from the walls will work well in a pinch.

That does it for part one, but there’s much more to come. Look for Surround Sound Part 2: Getting the Mix in the August issue of Videomaker.  Next time, we’ll work with your mixing software – both audio and video – and marry the finished surround mix to your visuals. In the meantime, enjoy gathering materials for your first legitimate surround sound mix.
[Sidebar:]

If you don’t already own one, there are many 5.1 channel multimedia speaker systems available today. Some are very cost-effective while others are a bit pricey. Logitech and Klipsch even offer THX Certified models. As in most things, you get what you pay for, but audition them in the store if possible. You can find some bargains out there. Alternatively, a home theater surround sound system could be a perfect solution. Using a coaxial or optical audio output on your computer, the home theater system becomes your amplification, decoder and speaker system, with the added bonus of replicating the home theater experience exactly.
Contributing Editor Hal Robertson is a digital media producer and technology consultant.