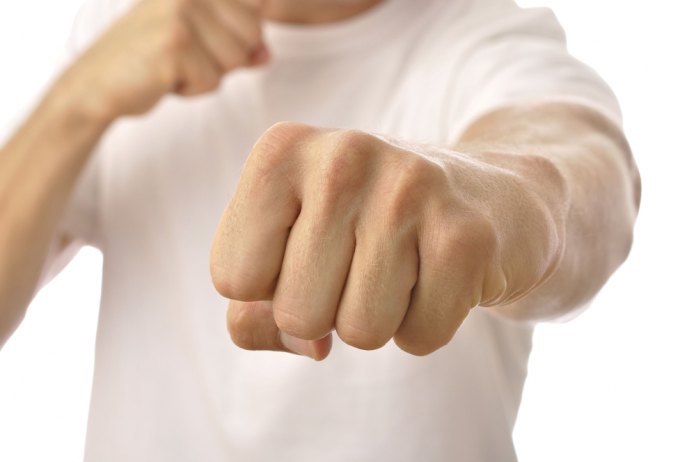 Have you noticed that Hollywood is rarely subtle? They can’t just have a car crash, it has to be a car crash with an explosion. It can’t just be an earthquake, it must be an earthquake with massive destruction of every building in sight. To be nice, we’ll call this ‘enhanced reality’ and it’s a staple of professional sound effects on any big production. And it works. The viewer is drawn further into the story with every exaggerated sound and the producers know this. So why not use these techniques to your own advantage? Whether you’re telling a story about the end of the world or just a simple, fun piece for online viewing, use hits and impact sound effects.

Many of the sounds you hear on screen aren’t the actual sounds themselves. This is pretty common for several reasons. First, real sounds don’t sound real in context. What? It’s true. Here’s an experiment: go record a football game. Now, play it back on your normal audio editing software. Even massive college linemen slamming into each other sounds like clicking and scraping. Not exactly a high-impact crunch and thud. When Hollywood does a football game, they add other sounds to the mix or completely replace them to get the desired effect.

Another reason for sound effects enhancement or replacement is the production environment itself. Take a fight scene for example. The actors aren’t actually hitting each other, or if they are, it’s a fairly light touch. Naturally, the sound effects have to be added in post production. And of course, they can’t be simple hits and punches, they’ll be massive jaw-breaking body blows.

Finally, sound effects are often added for comic effect. Let’s use the 1999 comedy Mystery Men as an example. During the superhero recruiting party, The Bowler, (Janeane Garofalo) demonstrates her super-power with a bowling ball. As the ball hits various objects, you’ll hear bowling sound effects like the ball rolling, hitting pins and a full strike at the end. It adds some humor to the scene and still fits the bowling theme. 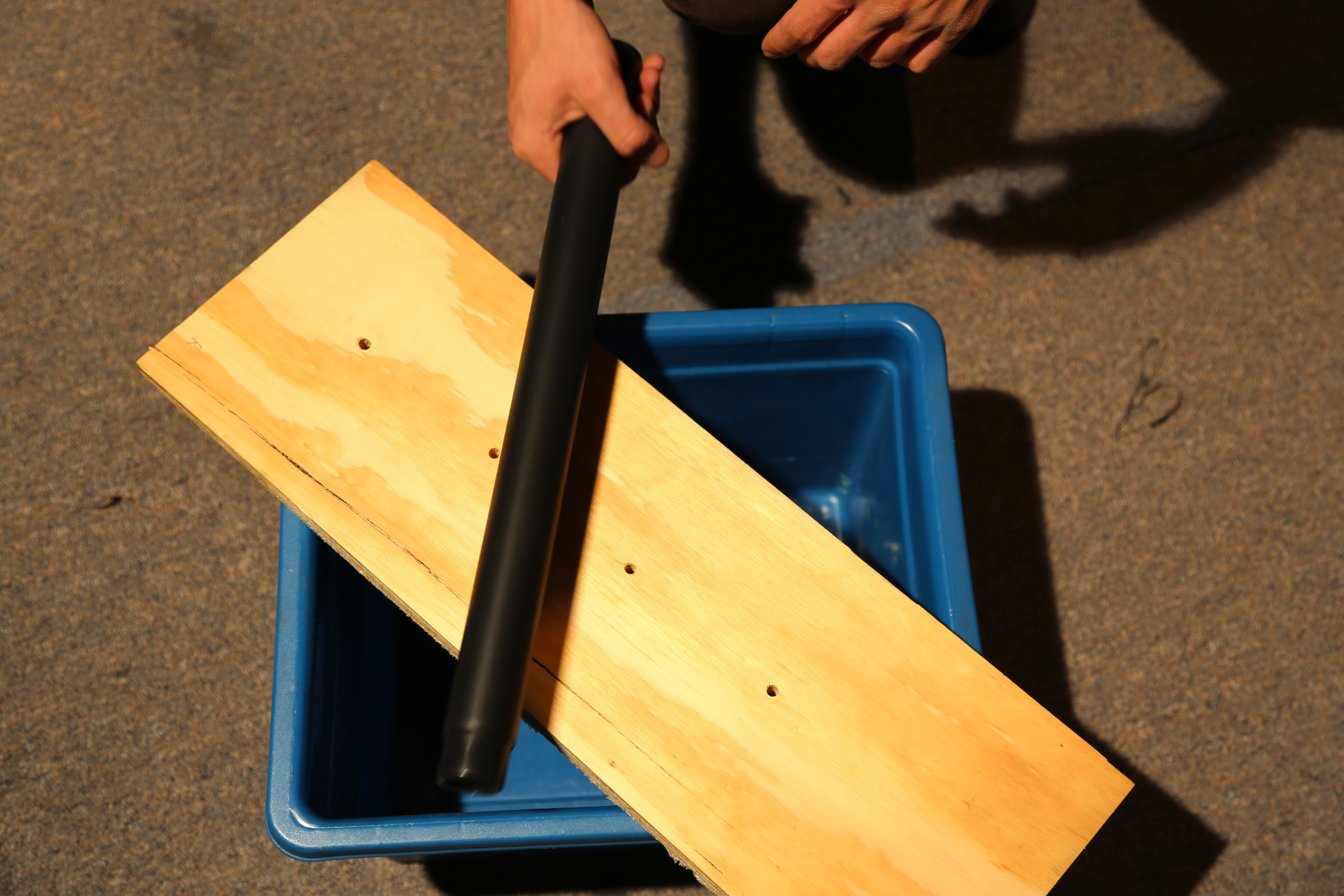 So where do they get these sound effects? Some come from pretty bizarre sources. A common approach for crunches and broken bones is the sound of celery breaking. That’s right, celery. When properly recorded and processed, a nice crisp stalk of celery makes a very convincing sound effect for your next broken arm or crushed skull. Hits and punches are often created by smacking leather cushions and other upholstery. When hit with a board, ball bat or even a gloved fist, this creates an enhanced substitute. Or you could punch a boxing bag or have someone hit into a boxing glove or punch mitts. And, of course, you can just keep hitting until you get the sounds you want.

Watch an ordinary chase scene shot from a helicopter on the news and it’s pretty boring. Jerry Bruckheimer and Michael Bay have made many movies with the “bigger than life” approach. Explosions fill the screen. Buildings crash right in front of the viewer in full surround sound. Giant robots smash everything in sight. It’s no secret that in Hollywood, bigger is always better when it comes to action movies. And why not? If you’re making an action flick, it’s just more fun to wipe out the bad guys with a rain of bullets rather than a few, carefully aimed shots. Ammunition is free and plentiful in the movies.

Pick any battle scene from your favorite Transformers movie. First, none of this really happened, so everything is manufactured for the movie. Now, let’s narrow our focus to just one impact scene. A pair of robots are locked in battle and crash through the corner of a building, landing on the street. Just imagine how many sound effects are in these few seconds of screen time. It might measure in the hundreds. There’s the sound of the robots fighting, which in itself might be dozens of sounds, big and small. Then, you’ll hear the crash into the building, which includes every shattered pane of glass, every brick and maybe a few people screaming. Finally, there’s the hit on the ground. This impact has asphalt breaking, crushed cars, car alarms, electrical noises and countless other sounds. It’s a gigantic soundscape.

But that’s not all. Every one of these sound effects is carefully tweaked for maximum impact and perfectly timed to match the action on the screen. In addition, there are other sounds – maybe things you wouldn’t expect – included to crank things up even further. Some of the creaks and groans could be from animals or even electric guitars. The breaking glass may have come from a sound effects library but it’s juiced up with the clang of pots and pans. It’s very possible that you’re hearing hammers, styrofoam cups, hair dryers and dozens of other everyday sounds blended into the mix. 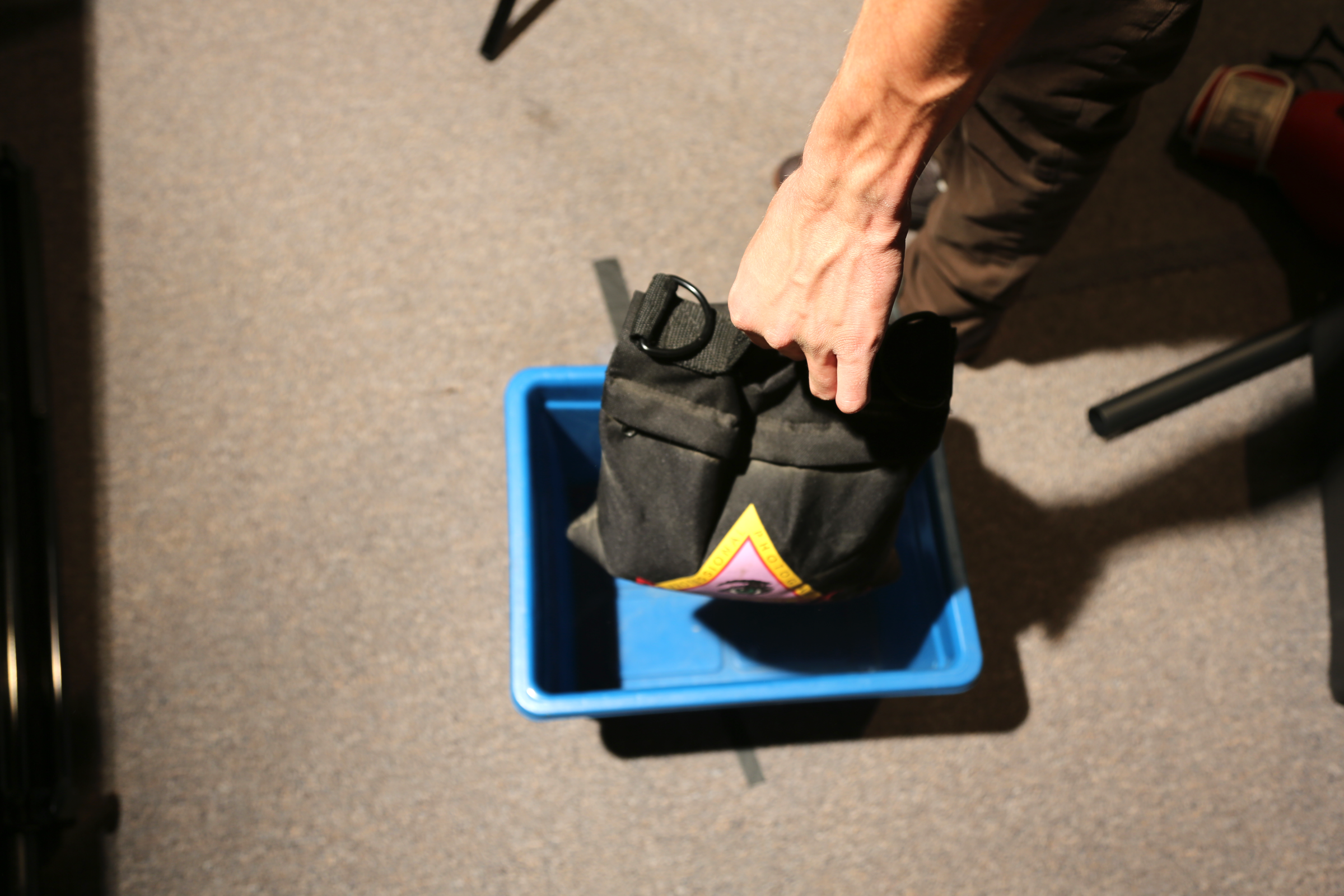 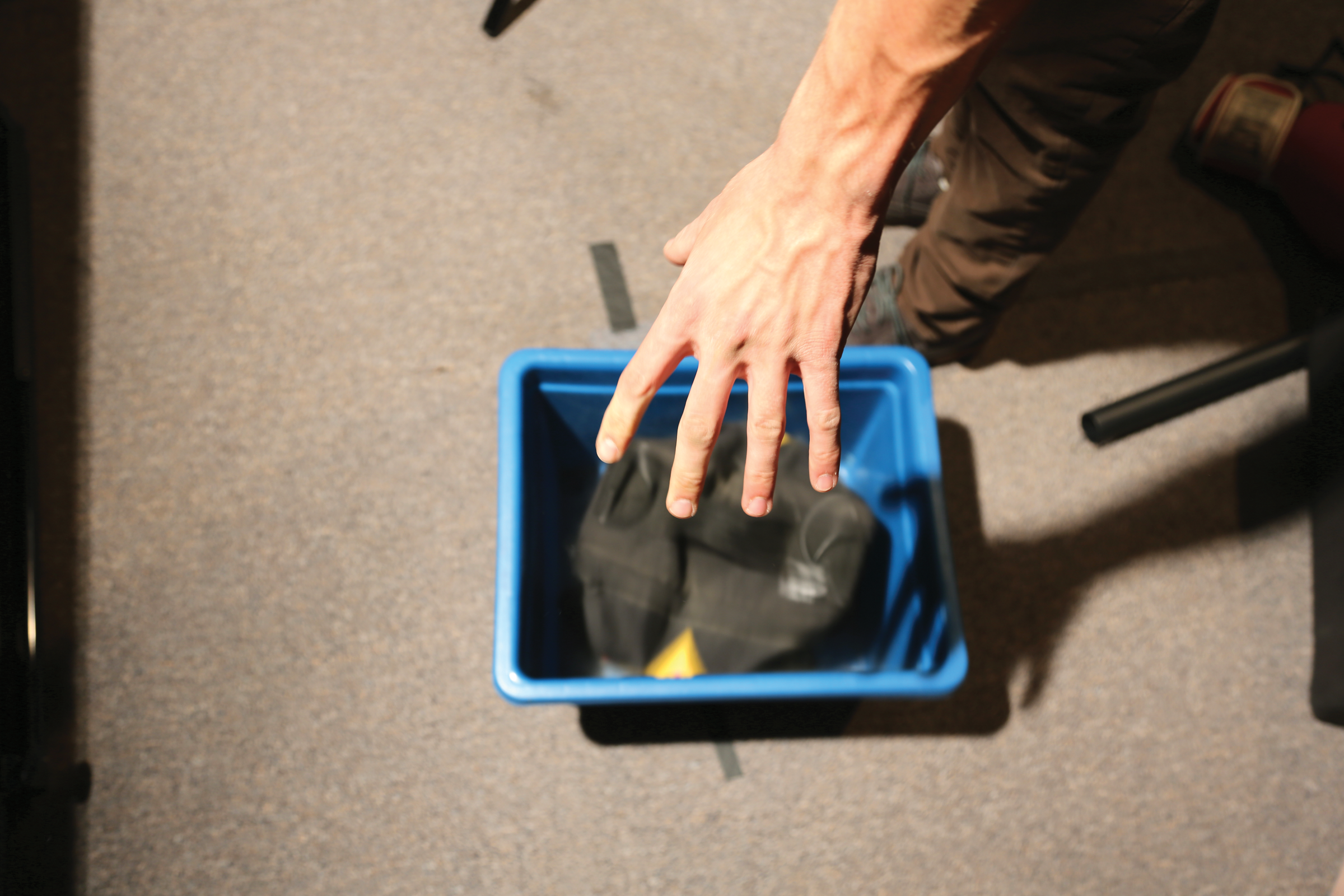 It’s fun to think about all that goes into a blockbuster soundtrack, but you can use the same techniques to enhance your projects too. http://www.videomaker.com/article/1104. Let’s assemble a test scene and layer in some sound effects. Imagine a Matrix-style fight scene, complete with all the hits, punches, scrapes and drags.

Before we dig in, you’ll need access to some sound effects, either from an online library or one you already own. There are many professional sound effects libraries out there, including horror sound effects, if you want to turn this into a zombie apocalypse project. Alternatively, you can record and edit your own effects as needed.

You have the scene edited and waiting on the timeline. Study it closely and make a shopping list of the sound effects you need. Obviously, there will be hits and punches, maybe a few crashes, smashes and thumps. Don’t forget the humor angle. Maybe one of the fighters gets thrown across the room at one point. That could be the sound of a jet fighter crashing or even the bowling strike we mentioned earlier. Listen through your available sound effects and let your imagination take over. Have fun!

If you only have a few good punch sounds for your fight, you can use them over and over with a few tricks.

If you only have a few good punch sounds for your fight, you can use them over and over with a few tricks. Find two similar sounds and designate one for the right hand, one for the left. Now, as you place them on the timeline in sync with the action, adjust the volume up or down a little for each hit. Another way to squeeze the most out of your effects is changing the pitch of the effect in your audio editing software. A little bit goes a long way here, but don’t be afraid to experiment. Drastic pitch shifting can transform one sound into another. Finally, layer your sound effects for maximum impact. Imagine the final right hook that ends the fight. The shot is in slow motion, so you could add a whoosh sound to the swing, followed by your best punch sound. The action flick version would include an explosion to signal the end of the fight. The comic version might add a boxing bell or gong sound followed by birds tweeting.

And don’t think sound effects are only for crashes, horror or bigger-than-life scenes. Any average scene can be enhanced with a few subtle sound effects. If you’re a Videomaker Plus member, the link below is an example of how we added sound effects to enhance an ordinary video, from our Tips & Tricks training videos. 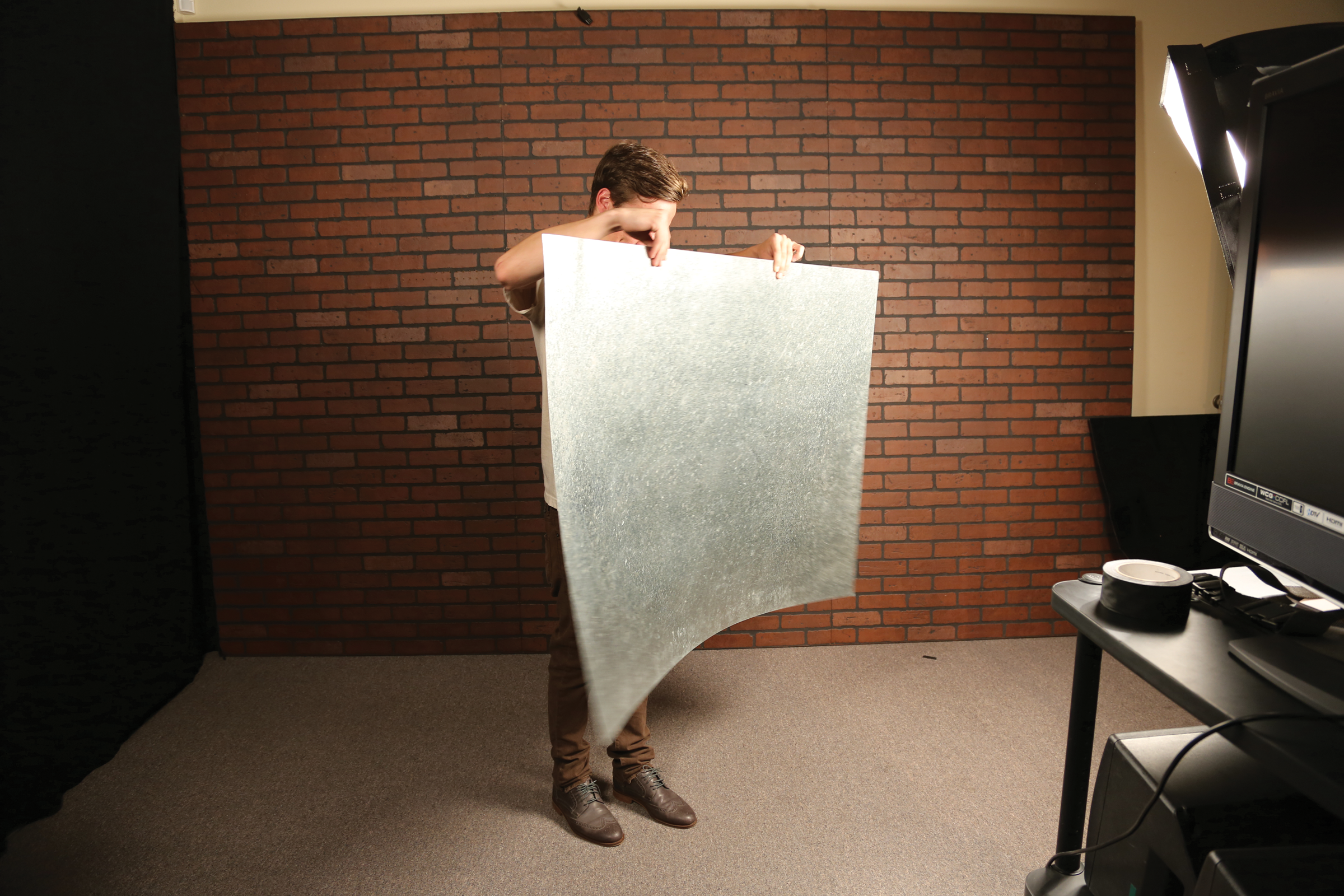 We’ve focused on action this time around, but you can use sound effects and layered sound effects in just about any project. A simple knock on the door could become a huge event just as a turn of the head can be accompanied by the swish of a sword. Whatever suits the project and your mood at the time. Listen to sound effects in the movies, and try to figure what they used. Hitting a stick on a piece of wood sounds like knocking on a door, hitting the stick with the wood placed over a hollow bin sounds like a door knocking on a haunted house.

One final tip: pay close attention as you’re synchronizing sounds to your video. Timing is everything here and a dead-on sound effect really sells the scene while one that is a little out of sync can ruin things. Have some fun with your next project and add a few hits and punches for good measure.

Every video editor needs some dedicated audio software. Pay versions are all over, but the standard for free sound editing software is Audacity. It runs on Mac, Windows and Linux, so if you don’t currently have anything, just go download and install it. Another starting place is AudioMicro.com. They have a pay side that is used by several networks and production companies, but there is a freebie section too.

If you’re looking for free sound effects, Videomaker has a free sound effects page that we’re adding to often, and check out Freesound.org. By signing up, you’ll gain access to a wide variety of just about anything you can imagine. Plus, you can upload your own creations to share with the community and it makes a handy archive for your sound effects. Ultimately, just Google “free sound effects” and see what you find. There are plenty of sites that want you to buy something, but you’ll find many that pass out free samples. It’s a great way to start building your sound effects library.