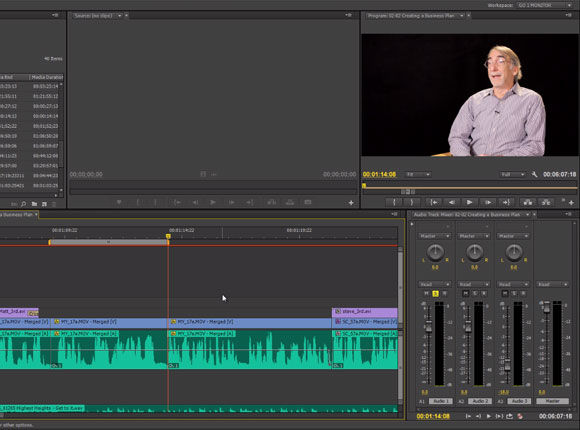 Compression makes vocals easier to hear and volumes more consistent and brings out sounds that might get lost in a complicated mix.

Audio compressors are a staple in the production world. Every time you watch TV or listen to music, you’re hearing audio compression at work. If you’ve ever messed with a compressor, you know they have lots of knobs and buttons. But don’t let that scare you. With this simple story, you’ll have everything you need to put the squeeze on your audio tracks, giving them the professional sound everyone wants.

Most audio compressors have a few standard adjustments. The rules for these features are the same whether you’re using a hardware compressor or a virtual model plugged into your audio software.

The first adjustable option is Threshold. Threshold refers to the volume level at which you want the compression to start working. Measured in decibels or dB, a normal setting might be -10 to -20dB. The lower the threshold, the more compression you’ll hear. The next setting is Ratio – the actual compression applied to the audio that reduces its dynamic range. A simple example is the standard 2:1 ratio. When volume increases by two decibels, the compressor will increase only one decibel upon output.

The final setting is Gain or Makeup. When you compress audio, the actual signal level goes down; this is gain reduction. The makeup gain adjustment is last in the signal chain and allows you to compensate for reduced audio volume.

Not all compressors have every control. My first audio compressor was the venerable dbx 163 – a box with one slider labeled Compression and an arrow pointing toward More. How’s that for simple? At the other end of the scale, we have something like an Avalon VT-747 with tube circuitry, tunable filters and graphic equalizer – lots of knobs and buttons to deal with.

Regardless of how much you spend, whether you use hardware or software, your compressor of choice has one job: keep audio levels under control. You usually insert compressors into the signal path before any tone controls or other processing. This provides an untarnished signal to work on. However, in the virtual world, it’s easy to place them before or after any other processor, offering unique audio treatment options. Let’s look at a couple of standard compressor applications: voice and music.

You’ve recorded a nice, clean voiceover for your latest video project, but it just doesn’t cut through the speakers like you hoped. Insert a compressor on the track, and open the adjustment section. We use Reaper’s ReaComp, but the principles are the same for most compressors. First, we’ll set a fairly short attack time of 20-30 milliseconds and a release time of around 125 milliseconds as a starting point. Depending on the voice, pacing and flow, we may adjust these settings up or down to achieve the right effect. Next, we set the compression ratio. In this case, a simple 3:1 ratio will work for our content. We may lower the ratio if the compression sounds too aggressive or raise it if there are too many volume fluctuations. All the basics are set now, but you won’t hear the compression working until we lower the threshold setting. A good starting place is -20dB. Listen closely to the effect, and play around with the adjustments until you really like what you hear. Use your system’s bypass function to listen to and compare the pre- and post-compression results.

Compressing music is similar, but with different settings. Longer attack and release times will help retain some of the musical feel, while a lower ratio will provide smoother compression. The threshold should be higher too, depending on the overall level of the piece. A setting of -5 or -10 is a good starting point. Again, you’ll have to listen to the effect and adjust to taste. As with most signal processing, less is more.

Many compressors offer another input called the Sidechain. Sidechain inputs allow you to trigger the compressor with another source. Every digital audio workstation approaches sidechaining differently, so you’ll have to figure out how to patch this together on your own DAW system.

One common use of a sidechaining is Ducking. You can use Ducking to automatically lower the volume of a music track during a voiceover. With a lower threshold and higher compression ratio, you can feed your voiceover track into the music compressor for a slick, professional track.

Another use for the sidechain is DeEssing. It does exactly what it sounds like – removing or minimizing the S sound from voices. The voice track is split (or duplicated) and run through a bandpass filter to isolate the offending frequency range. This signal is plugged into the sidechain input of the vocal compressor and only compresses the signal when this frequency is present. DeEssing is common practice on music and voice recordings. When you get it right, the result is a bright, clean, natural-sounding vocal.

Do a quick Google search for “freeware vst compressor,” and you’ll find dozens of options. Some of them will emulate the classic compressors from the past, while others will walk their own paths, yielding some very interesting results.

One final type of compressor is the Multi-Band compressor. JB’s Broadcast Processor is a perfect example. It splits the audio into three bands and applies separate compression settings to each. This is how mastering engineers and radio stations process their sound to get maximum clarity and loudness.
In any case, the professionals use compressors on their projects every day, and you should too.
Open up your audio software, download a few compressors and play with the sound. If you’ve never used compressors before, you’ll be surprised, even shocked at the difference they make. Happy compressing.

Software processors have transformed the audio production world. Instead of shelling out thousands of dollars for racks full of gear, now you just install a small bit of computer code. The best part is that you can use multiple instances of that code – as many times as your computer will handle. This means you can have a compressor on every channel that needs one. Maybe one compressor works great on vocals, while another type is better suited to music duty. Don’t forget that there are many freeware audio compressors on the internet. Try several until you find the ones that work best for your production style.