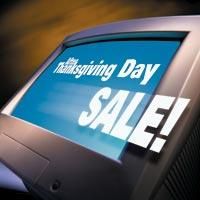 Once upon a time, if you went out to buy a video editing system, all you could legitimately expect to do was edit video. Those days are long gone. Today’s typical editing packages not only do an outstanding job of editing video, but also incorporate a whole suite of other related applications.


Most of today’s editing programs are also competent typesetting programs for the screen. Many have useful audio editing and filtering capabilities. And some even push into areas that used to be the sole province of standalone software programs such as 2D animation. A good example of this trend is Apple’s recently released Final Cut Pro 4. Out of the box, the software not only provides editing, titling and basic motion graphics capabilities, but also bundles three additional complete video production applications: Soundtrack, a music scoring program (think ACID loops); LiveType, which creates animated graphic titles; and Compressor, which gives you the facility to compress your movies for DVD or Web distribution. Clearly, calling software like this (and similar multi-capability offerings from other editing software manufacturers) simply a "nonlinear editor" does the software an injustice.


One area where modern editing software has particularly benefited from the notion of folding more than basic capabilities into the operation of the software is in the area of titling. Putting text on screen has always been part and parcel of the videomaking process. So it should come as no surprise that today’s editing program is likely to also be a pretty capable type generator and a basic motion graphics program to boot. So let’s explore some of the more advanced type handling capabilities that are built into your editing software.

One underlying technology that allows many editing programs to offer gee-whiz moving type creation is their keyframing capabilities. Keyframing is the way you tell the software where something is supposed to be at a particular point in time. In Figure 1a, we have large block of type consisting of the word "Sale" in a bold typeface. Our goal is to make the word fly onto the screen from off in the distance.


In most cases, the best way to animate something is to decide where it’s going to end up – so we’ll place the word front and center on our screen and stretch out the clip containing the type so that it occupies five seconds on our timeline. Next, zoom into your timeline as necessary so that the five-second type clip is large enough so that you can easily position your playhead marker on a point about a third of the way from the end of the clip. At this point, set a keyframe. You’ve just told your software that when the clip reaches this point in playback, the word "Sale" needs to be full-size and in this centered position.


Next, click at or near the first frame of the clip. This should move your playhead back in time to the start of the clip and allow you to place another keyframe here (Figure 1b). Now use your motion controls to make the type smaller and reposition it off-screen at the point where this first keyframe takes place so that as the playhead moves from the first to the second keyframe – it appears to fly onscreen, growing as it goes.


The interface that you use to accomplish this will differ based on the software you use, but most intermediate to advanced level editing apps allow you to set key frames and adjust scale and position of elements.


You can use your software’s scale command to simply enlarge the type as a graphic, or if your original typeface is small and scaling it up causes the type to go jagged, you can simply reduce the actual font size at the initial keyframe so that the characters themselves will grow over time.


The results will be the same. This is the essence of how simple motion graphics work in the timeline. You position or change an element over time and use keyframes to determine where those changes start and stop.

Your editing program’s timeline will likely have plenty of tracks available. So there’s nothing to stop you from breaking down your timeline animations ever further. In example two, instead of typing and animating the entire word "Sale," we’ve typed each letter individually and put them on their own tracks of our timeline. This lets us animate each letter individually.


Again, a sensible approach is to start with the letters arranged where you want them to end up and set a keyframe so that the animation will end in a logical array of letters (Figure 2). Then you can back up your timeline and move each and every letter on it’s own path.


Applying rotation, even changing the actual typeface or color are all possible – all you need to do is set intermediate keyframes at the points where you want changes to occur. When it’s played back, whatever alphabet chaos you’ve created at the start of your keyframe sequence will resolve itself into the ordered and legible text you started with. Pretty cool.


The important point of these examples is to use them to consider the various capabilities of your editing program in a new light. The fact that your editing software provides a rotation capability doesn’t mean that the rotation only applies to full-frame video. It can just as easily be applied to a graphic or a block of text, or even the individual characters that make up your text. Combine that knowledge with the simple power of keyframe animation, and the simple titler that is already included in your editing software can become a pretty fancy tool for adding some visual pizzazz to your programs.

[Sidebar: Apple’s LiveType: The Next Wave?]

Titling is one of the hot areas of development in the world of computer editing. Where video editors used to be constrained to blocky type in a few sizes and fonts, today’s editors have virtually unlimited type resources available. In fact, LiveType, Apple Computer’s new video titling program that runs within Final Cut Pro, has introduced a new level of sophistication to on-screen type setting.


In a departure from traditional video type generators, Apple has developed a titling environment where every character that you type on screen is actually a mini-movie.


This allows type designers to not only imbue each letter with form, color and style, but also to apply special effects to the individual characters. With this new type environment, you can, for example, type the word "BURNING" and have the letters of the title appear to be on fire. Other special effects include letters that rotate, melt, or swivel – effects that used to take custom 3-D animation to achieve – but are now as simple as choosing a font and typing away. And you can bet that if one software manufacturer has figured out how to supercharge their editing software’s titling capabilities, it won’t be too long before others follow suit.