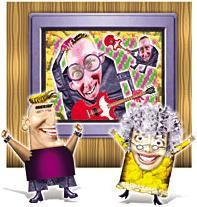 As much as we may hate to admit it, videographers are only human. And as humans we have a tendency to let personal likes and dislikes tailor our decisions. To be more effective as an editor, you’ll need to lay aside your personal preferences and edit with your audience’s likes and dislikes in mind.

Editing to a specific target audience is an important step in creating a successful finished product. Before you make a single edit, you’ll need to ask yourself a key question that is often ignored, "Who will watch this video?"

Suppose your goal is to create a fire safety video from some existing footage. What may be an excellent video for a teenage audience could be inappropriate for the 60-and-over crowd. The raw footage may be identical and the core message the same, "Stop. Drop. Roll." But the way you choose to edit that footage in regard to pace, style and effects will (or should) vary greatly depending on your audience. This is also true of titles, graphics and music choices. An older viewer is unlikely to be drawn into a fast-paced program full of modern rock music and rapid-fire edits. Similarly, a video highlighted with long stretches of a single narrator in a business suit will likely turn off most 16-year-olds.

The key is figuring out your audience. Then you can arrange scenes, build graphics and choose music to modify the pace. By taking the approach that one video does not fit all, you will in fact create better programs that communicate better with your viewers.

There is certainly a difference between the tastes (not to mention attention spans and capacities to retain information) of preschoolers, grade-school kids, junior and senior high students, college co-eds, adults 25 to 45 and adults 55 and up. Each time you edit, put yourself in the shoes of your viewers. If you are editing to a broad audience, choose a relatively neutral style: not too fast, not too slow. A subject like snowboarding, however, comes with a built-in audience that may be represented sufficiently with a single production.

To begin grouping your audience by age group, think about what you know about the generation gap. For instance, younger people and older people tend not to see eye to eye on many things. If you grew up watching MTV, for example, chances are you had a parent who couldn’t understand the allure. If you’re on the other end of the age chart, the Lawrence Welk show, which may cause teens to upturn their noses, may be just your cup of tea. The presentation of each of these programs is very different. Why? Because the people who watch each program have different visual tastes. Edit a Lawrence Welk-style video for an audience of teens and you’ll likely miss your audience. The simple truth is that different generations often perceive things very differently. You can be very successful in accommodating those diversities if you adjust your program’s pacing and style to your audience.

Editing relates to the presentation of your program, not the content. Pacing, of course, affects how quickly (or slowly) images are portrayed to your viewer. Style addresses the approach you take in presenting your message. While you can segment your audience in a number of ways, modifying your video to deal with age differences among your viewers is a great place to begin your work.

Now that you’ve completed your audience segmentation, what do you do? Assuming you chose to break your audience into two different groups, you’ve got a group of young people to communicate to, and a group of older people who need the same message. How might you modify the pacing and style of your show to suit each of them?

The older generation will likely appreciate a more conservative version. Because individual edits will be lengthier and, as such, fewer in number, this will typically be the easier of the two audiences to edit for. Your message, too, will be delivered in a more straightforward style. Graphics will likely be simple throughout, without a lot of distracting elements. Your music will tend to be more relaxed and will probably remain consistent throughout the entire program.

If your goal is to create a program that informs and educates an audience that is receptive to a conservative, authoritative presentation, then a slower pace will be more appropriate.

When editing, allow your shots to run for several seconds before cutting away. Each scene should remain on the screen for at least four or five seconds, allowing the viewer plenty of time to absorb each shot. This is not to say that you should point the camera at a narrator and never cut away. No one, regardless of age, has the patience to watch 15 minutes of a talking head. Cutaways are absolutely necessary to hold any viewer’s interest.

Your transitions between edits should be simple cuts and dissolves. Again, keep the pace leisurely. Your graphics should not startle the viewer. They should be clear and concise and spend plenty of time on screen to be read. Select subtle background music with broad general appeal. It can start as your program begins and run at bed-level right through to the end. Your choice may be orchestral. Generally, there should be no peaks or valleys. Consistency throughout is the key.

If you were editing the same footage for an audience of children you might make some very different decisions. Most importantly, keep it moving. Use lots of cuts and faster-paced music to hold their attention and keep it interesting.

Begin by shortening the length of each edit to three seconds or less. A shot held for ten seconds will drag on too long for preteens. Keep things on screen just long enough, and not a second longer. Producing video that captures the minds of kids can take much longer than a straightforward edit for adults, but your work will be worth it. The benefit is the attention of your young viewers.

You might modify your graphics, as well. Consider adding some motion and using a few well-chosen digital effects. You might use some flashier transition effects, a freeze-frame here and there, or some digital filter effects like black & white or slow motion may be appropriate. In this age of computerized special effects, the key is to be as innovative as possible with your computer graphics without going overboard.

Then there’s the music. Music can really drive the pace of videos for youngsters. Select an appropriately upbeat, modern sound track and edit to the beat. You can be eclectic in your selection of music, as well. Choose something international or otherwise unconventional if it suits your program. The unusual nature of the music can serve to draw your audience in, even if the topic isn’t one it particularly cares for.

While you may never edit two videos on the same topic for two different audiences, you will undoubtedly edit videos for people with different aesthetic tastes than your own. The next time you set out to create a video for a children’s basketball league remember that the kids who buy and watch the tapes may judge it by a different standard than you do. The same goes for the folks who will watch that promotional video you make for a retirement community and the college grads who buy your video of their commencement ceremony.

Video is a powerful form of communication. While in your digital edit suite, you have the power to convey your message to a number of different people. Sometimes that means different editing approaches. The secret is to lay aside your personal preferences and edit for your audience.