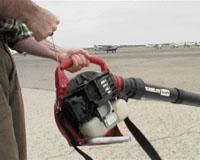 How can you achieve a big budget look for your video with a no budget – budget?

What do you do if a vital part of your video is too expensive to obtain or too dangerous to perform or just plain impossible to shoot? You can fake it, of course, with miniatures, compositing, foam rubber boulders, or something.

But before you build the Titanic in your bath tub, reflect that the easiest movie fakery is done in the edit suite and it costs you little or nothing. The trick is to convince the viewer that something exists by suggesting it rather than showing it.

The art of suggestion involves three techniques: framing, juxtaposing, and reinforcing, and we’ll check out each one in turn. Once you understand the fundamental ideas behind these techniques you can apply them to almost any situation and add priceless production values.

Where Is Carmen Cucamonga?

But first, give a warm welcome to Figure 1, which storyboards a sequence that demonstrates all three forms of suggestion. In this breathtaking passage, arch baddie Carmen Cucamonga helicopters in to the airstrip at her hideout, where she is welcomed by her Executive Vice Baddie, Bruce.

Bruce follows the descent of Carmens’ chopper, waits in the rotor wash as she emerges and steps down to the tarmac. He greets his boss, and then leads her toward the hideout as the helicopter takes off again and flies away.

Piece of cake, except for one trifling problem: renting a chopper for even an hour would cost one hundred times the total budget of this homegrown production. Clearly it’s time for some heavy movie magic. Matte shots? Miniatures? Nope; just the use of suggestion, pure and simple.

Here’s how it might be done. First, locate a helipad where you can videotape a helicopter landing, taking off, and flying away. Shoot these shots first, for reasons we’ll see in a moment. Next, find a small airport where your actors can get onto the field in order to walk past some planes or other airport activity (a telephoto lens can bring distant aircraft much closer in the background). The rest of the shots can be made anywhere where you can get blue sky as the background. A flat rooftop would be ideal.

Much of the illusion depends on careful framing. Strictly speaking, that’s shooting rather than editing, but it belongs in our discussion because a good director always shoots with editing in mind.

Framing involves including some things in the shot, excluding other things, and showing only selected parts of yet other things. Let’s see how this works.

First, notice the camera angles. The shots of the helicopter are extremely low angles for three reasons. First, they exclude all background details, so the chopper could be operating anywhere. Next, the worm’s eye angles hide the markings on the aircraft, so the fire department or traffic chopper that you have actually taped can stand in for Carmens’ personal bird. Finally, from an ultra-low perspective the camera can’t see whether she’s inside the cockpit or not.

Shots b, c, d, and e are framed to exclude the ground in order to hide the fact that the actors are not at an airstrip but up on a roof instead. (You didn’t shoot these shots at the airport because you weren’t allowed to work on the runways.) In 1b, Bruce is directed to follow the descent of an imaginary chopper that seems to be outside the frame but is actually nonexistent.
And notice the heavy rotor wash whipping Carmens’ hair and skirt and threatening to detach Bruce’s toupee. That’s actually a leaf blower being wielded by a production assistant. The "rotor wash" looks convincing because the camera has excluded the blower from the frame.

Setup 1c is even sneakier because it both includes and excludes parts of objects from the frame. The step, of course, is just any old box, but you can’t see enough of it to tell that. And the helicopter door?

Do you know why you shot the chopper first? So you could learn what color it was. Then you spray-paint a plain piece of plywood a similar color. Shot 1c begins with another assistant holding the painted plywood vertically, just outside the left edge of the frame.

On cue, the assistant swiftly rotates the plywood through the frame and back out again. Because it’s so close to the lens, the sheet is too soft to reveal any details and all the viewer sees is a red or blue or white "door" that sweeps quickly through the frame and exits. The result is a perfectly convincing helicopter door.

Why not use the steps? Because the color matched door suggests that Carmen is in the same picture as the helicopter.

Finally, note that the screen direction is consistent throughout the sequence. Carmen descends left to right, enters Bruce’s shot from the left, and accompanies him out to the right. Even the helicopter exits screen left.

With all the shots captured on tape, its back to the edit suite to piece them together; and here is where the illusion is really created.

Let’s start with a shot inventory. Shots 1a, 1g, and 1h were taken at the helipad. Numbers 1 b, c, d, and e were faked on a rooftop (a suburban parking lot would do just as well). Finally, 1f was shot with the actors at an airport where they could get at least close enough to the action to show aircraft in the background.

Now we’ll assemble them into the single sequence in Figure 1, juxtaposing each shot with the previous shot to create the complex illusion that Carmen emerges from a helicopter and that she and Bruce and the chopper are all at an airstrip. This juxtaposing is one of the oldest discoveries in the history of cinema: the fact that A + B can add up to a completely different C.

In our example, we’re using juxtaposition to merge a location and hardware; but the technique is also very useful for acting.

Meanwhile, back at the heliport, the key to a successful illusion is continuity. We could get away with omitting the leaf blower and the long shot of the actual airport, but the result would be thin and the audience would feel it, even if they didn’t quite know why. The whipping hair and blowing dust help sell the illusion; and the long shot at the real airport "proves" that the characters really were "there."

Of course, as Gertrude Stein famously suggested of Oakland, CA, there actually isn’t any there, there. We’ve merely suggested it in the edit bay by juxtaposing pieces from three other places.

The blower and the airport shot do strengthen the illusion, but the biggest and best reinforcement is sound. In fact, sound alone is by far the most suggestive tool that the editor has.

Suppose He and She are at dinner when we cut to a closeup as She cocks her head and listens. On the sound track we might hear:

You get the idea. Sound effects can suggest almost anything. In our example, the roar of the chopper motor runs through the entire sequence, joining all the shots together to make a seamless whole.

In addition, it "places" the helicopter in the shots of the performers because if the audience can hear it, it must still be "there."

Incidentally, if you’re performing linear, analog editing the loud chopper serves a second purpose too. Since layering tracks is cumbersome and difficult, you can use the bellowing engine and the ambient sounds of the airport to cover the omission of Carmen and Bruce’s dialogue.

We could go on and on, but the point is clear: you can create almost any video illusion by employing selective framing, juxtaposition, and reinforcing.

And one more point is implicit in the whole discussion. You don’t need money or special effects wizards to succeed, but you do need planning and care. Illusions are created by the cunning buildup of many contributing details. The richer they are, the more convincing your video suggestions will be.