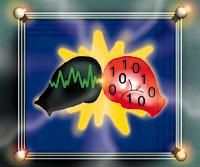 Clarity shines on the murky confusion surrounding the two types of signals.


Though digital video editing has been around for at least fifteen years
now, it remains almost as confusing as programming a VCR; and now it’s my
turn to take a whack at unconfusing the subject.

Much of the said confusion comes from muddling two pairs of opposites that
actually have no inherent connection: analog vs. digital and linear
vs. nonlinear.

XX Analog/digital: is the signal recorded by continuous imitation (analog)
or by intermittent sampling and encoding (digital)?

XX Linear/nonlinear: is each point in the program material reachable only
in the order recorded (linear) or can any point be accessed at random (nonlinear)?

Many people still think that analog video must be linear and digital must
be nonlinear.

But it ain’t necessarily so! A video laser disk offers random (nonlinear)
access to an analog video signal and the tapes in digital camcorders are
as linear as you get: to reach the last shot on the roll you gotta crank
through every blessed shot ahead of it, one at a tedious time.

Stay tuned as we attack this confusion by looking closely at each pair of
opposites, beginning with analog vs. digital recording. (Linear vs. nonlinear
is a topic for a later column.)

The first thing to remember is that an analog signal copies by imitating.
Light from the camcorder lens slams into a sensor on the imaging chip, creating
an electrical charge. The stronger the light, the stronger the charge, which
is to say that the electrical signal is imitating the intensity of the light
that produced it. Multiply this stimulus/response by several hundred thousand
sensors covering all three primary colors and you have the entire optical
image imitated by an electrical signal of rapidly and continuously varying
voltage.

The second thing to remember is that, regardless of the recording system,
all video signals start out like this, as analog wave forms. Yes, your expensive
DV camcorder is creating old-fashioned analog video signals, just like the
humblest old VHS clunker.

It’s creating them, but not recording them, because that’s where analog
and digital video part company. In an analog system the continuously varying
voltage magnetizes tape particles in a continuously varying pattern that
mirrors the signal. On playback, the tape particles create a continuously
varying output signal that (surprise!) continues to mirror the original.
Every transfer of the picture information is an imitation–or, more precisely,
an imitation of an imitation, with consequences that we’ll see shortly.

In a digital system, by contrast, the first thing that happens to the original
continuous signal is that it’s fed through an analog/digital converter chip.
That chip looks at the signal hundreds of thousands of separate times per
second and assigns each discrete sampling a numerical value that corresponds
to the strength of the signal at that precise moment in time. These numbers,
rather than the signal itself, are copied and recopied throughout the rest
of the process. This means that digital recording differs from analog in
two crucial ways:

–It numerically encodes the information rather than electrically mimicking
it, and

–It records only samples of the information rather than all of it.

These differences have consequences of their own, as we’re about to explain.

But on the Other Hand…

If you believe all the hype, digital video must be as superior to analog
as halogen lighting is to whale oil, right? Maybe, maybe not, because analog
video enjoys three powerful advantages over its new rival: compactness,
scalability and seamlessness.

Above all, the information in analog video can be stored very efficiently
and cheaply (up to two and a half hours on one $2 VHS tape at SP speed).
High-quality digital video demands gargantuan amounts of storage space.
For example, those fancy new video disks, DVDs (Digital Versatile Disks),
must squeeze 4.7 gigabytes of data onto a single side of the disk just to
fit a feature-length movie, and that’s with a hefty dose of compression.


But DVD is not yet available in recordable form, so you have to use computer
storage or a digital camcorder instead. Working with computer storage, my
students have trouble fitting three five-minute projects on a 4.2 gigabyte
hard drive.

All video, analog and digital, tends to look sharper and clearer on a smaller
screen; it’s the natural result of squeezing the same amount of visual information
into a smaller space. All but the highest quality digital video, however,
suffers greatly from enlargement. When you blow up your digitized image
onto a huge home-theater TV screen, for example, all of those invisible
digital compression artifacts become quite noticeable–straight lines become
jaggy, curves look blocky, etc. Analog video, on the other hand, is much
better at filling larger screens with sharp-looking images.

In the audio world, some purists have returned to analog (vinyl LP) recordings
because they can hear the fact that digital recordings only sample the signal
at intervals instead of copying the whole thing. To them, CDs sound hollow
and brittle in consequence.


It could be argued that digital video suffers a similar artificiality. It’s
hard to describe, but look at the hyper-crispness of heavily digitized commercials
and the oddly stark appearance of digital satellite broadcast. There’s no
doubt about it: digital video has a certain look that’s distinct from analog
video.


With all that said, we must judge digital video to be the superior recording
system for three powerful reasons: copy quality, freedom from noise and
computer compatibility.


Out of old habit, we talk about "copying" a floppy disk or
a digital video file, but we are not actually making a copy at all. Instead,
we’re making a transcription: rewriting the information rather than duplicating
it.


Instead of copying the video signal, digital duplication transcribes the
numerical code that describes that signal. If you transcribe it accurately
(and computers are outstanding at chores like that), you can decode the
result into a daughter signal that is essentially indistinguishable from
the parent.

Noise is any disturbance in an electrical current that is not part of the
signal, and every current carries a certain amount of this electrical garbage.

Since an analog dupe is an imitation, it happily copies the noise right
along with the parent signal, while adding new noise in the process. That
means that in each generation, the noise level relative to the signal (signal-to-noise
ratio) increases and the quality decreases proportionately.

In digital recording, noise is not a problem because the signal consists
entirely of current pulses carrying information like Morse code: power on
= 1; power off = 0. If the voltage level of the "power on" part
of the signal is well above the noise level, then the transcribing (copying)
system can be set to respond only to current at that level and ignore the
noise entirely. So even if the process adds a small amount of its own noise,
it never copies the parental noise–nor does it pass on its own noise to
the grandchildren.

The result is that digital video can be copied through many generations
without appreciable quality loss. This is a massive improvement over analog
video (and even over cinematic film, which is another analog medium).

By far the biggest advantage of digital video is that a computer can process
and store it. Computers are astonishingly powerful but they cannot work
with pictures, or more accurately, with the continuously varying wave forms
that record them. Before you can get your computer to handle or even recognize
video input, you have to digitize the video.

For many years, professionals have digitized video, not only to take advantage
of loss-free duplicating, but also to perform image processing. Image processing
means superimposing titles, compositing multiple images, and adding effects
like dissolves and wipes.

In image processing, digital is an ephemeral state: an analog signal is
digitized, massaged for a few microseconds at most, and immediately reconverted
to analog.

But as hard drives got bigger and faster, and as image compression techniques
improved, it became possible to digitize the signal and then keep it in
that form indefinitely by storing it in the computer.

Digital storage also saw the birth of nonlinear editing, with almost instant
access to any footage anywhere in the computer. This advantage is so great
that digital video would probably prevail over analog due to random (nonlinear)
access alone.

But linear/nonlinear is that other pair of opposites, the pair that’s often
muddled with analog/digital. Linear and nonlinear are such important concepts
that they deserve their own discussion; and, in a later Edit Suite, they’ll
get it.

As we said much earlier, stay tuned!