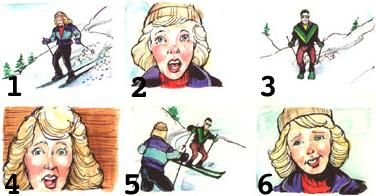 Create a video program by adding, sequencing and enhancing your camcorder
footage.

A long time ago in a war far, far away, my future father in law came
home from the South Pacific with a stash of mahogany sticks cut two feet
long to fit in his sea bag. Within a year a master furniture maker had glued
up, cut, shaped, finished, and polished that rough wood into an elegant
Queen Anne table.

If my father in law had simply needed a place to prop a beer can, he could
have just stacked the raw wood. But though a pile of sticks may offer a
surface of sorts, it’s emphatically not a table.

In exactly the same way, camcorder footage may be audiovisual material,
but it’s emphatically not a program. Like the mahogany, it too must first
be cut, shaped and polished. It must be edited.

Note that the wood didn’t start out as a "crude" table or an
"amateur" table or a "long and boring" table whose shape
was merely improved by the furniture maker. Before he got his expert hands
on it, it wasn’t a table at all, but simply a jumble of sticks.
To create the table he had to transform his raw material into something
completely different.

The same is true of video. The simplest form of video editing is simply
cutting out the dull parts and goof-ups, but true editing does not stop
there. It includes adding, sequencing, and enhancing
many small pieces of the video footage to create a completely different
animal called a video program.

Tyro videographers think they’re editing when they cut out shots that are
shaky, out of focus, repetitive, or just dorky. You might call this method
subtractive editing: take away the bad stuff and what’s left is the program.

Though better than no editing at all, subtractive editing can rarely do
more than shorten the ordeal of watching the result.

Genuine video editing is not subtractive, but additive. Starting with nothing,
you purposefully select and place one shot after another until they add
up to a program. Notice that you don’t select what to take out but what
to put in.

To illustrate, imagine a video called Skiing at Mount Cattiwompus, in which
your wife cheers from the lodge, your daughter shows off on the beginner
slope, and you record her ballet for posterity, or at least for Grandma
in Florida.

If you’re a subtractive editor, Grandma gets most of the footage, except
maybe where snow splattered on the lens, where a direct shot of the sun
flared the image out to blinding white, and where you fell over a pile of
snowboards with the camcorder. The result: heeeere’s Susie, zigzagging back
and forth and back and forth and back and forth across the slope in a numbing
repetition brightened only by brief interludes of windmilling into the powder.

Hold it! How did you suddenly get to the bottom of the slope–did you
beam down or something? No, you used a shot made on an earlier run when
your wife and daughter went down by themselves. In fact, the edited program
condenses a whole afternoon of skiing into a single five-minute sequence,
using the best raw material from several separate runs made at different
times.

Clearly, you can’t do this by just subtracting the bad shots. Instead,
you have to bring together shots that are not only good but also appropriate:
the right shot in the right place. That is additive editing.

To see how this works, take another look at the storyboard. Notice that
it begins with an establishing shot: a broad view that swings around to
encompass the entire scene. This orients the viewer right from the start.
The next shot shows Susie getting off the chairlift because her descent
is the next event in the sequence. The camera angle is a closeup because
you can’t see her clearly in a wider shot. The third piece of this mosaic
is another shot of Susie because her action (skiing down the slope) will
directly follow the action shown in the previous angle. It’s a full shot
(head to toe) because that’s as close as you can get while still showing
Susie’s whole body as she performs her maneuver.

To determine what is the right shot in the right place, ask three key
questions:

In addition to selecting the right shot at the right place, sequencing
can synthesize action that didn’t happen in actuality. Suppose you wanted
to dramatize Susie’s narrow escape from a collision with another skier without
really doing anything unsafe. Here’s how you might do it.

How did you get these shots? Easy: the closeups of Susie looking fearful
and then relieved were lifted from another shot entirely in which she almost
falls, but recovers. The shot of her skiing down the slope is a second dub
of the one used earlier . The only shots made for the sequence are the wife’s
surprised reaction and the hotdog skier, which were easily taped from the
lodge and the side of the slope.

See? By sequencing six shots that originally had nothing to do with Susie
avoiding a collision, you can synthesize an incident that exists only in
your program.

Additive editing and shot sequencing are easier if you’ve shot the original
footage with this approach in mind–that is, if you’ve provided all the
components required to build a program up from scratch. This is called shooting
to edit and we’ll have more to say about the process in future columns.

If you practice additive editing and sequence your selections carefully,
you’ll have a very good sequence of selections. What you won’t yet have
is a program. To finish the job you need to integrate all your separate
ingredients to create the appearance of a smooth, coherent video. In addition
to titles and similar trimmings, this process of enhancement means fusing
the video pieces and blending the audio.

You fuse two video shots together by concealing the edit between them
so that the result looks like a single action uninterrupted by a cut. For
transitions between sequences, you select digital effects like fades, dissolves,
wipes and flips (and we’ll have more to say about choosing these in future
excursions).

Within each sequence you conceal the jump from one shot to the next by
matching the action and changing the camera angle. If you don’t match the
action and change the camera angle between shots, you’ll end up with either
a lack of visual continuity or a jump cut–a shot where the action seems
to take a confusing little jump in time from one shot to the next.

To match action, you can start the incoming shot exactly where the action
was at the end of the previous shot or you can drop back and punt by letting
the action end off screen (outgoing) or else start off screen (incoming)
so the viewer can’t see whether it matches or not. (An alternate trick is
to interrupt the action with a cutaway shot of something different in between.)

The art of varying the camera setup is a whole topic in itself. Briefly,
in changing from one view to the next you have three aspects to vary: image
size (long shot, closeup, etc.), horizontal angle (front view, profile),
and vertical angle (high, neutral, low, worm’s eye). To conceal the shift
between camera setups, be sure to change your point of view on at least
two aspects out of three.

After fusing the video comes blending the audio, and the idea here is to
provide an aural continuity that strengthens the flow of the work. Music
is important, of course, but too many people neglect production sound. How
often have you been frustrated by audio quality that changes obviously from
shot to shot?

Until recently, there wasn’t much you could do with prosumer-level video
sound, but as digital post production grows ever more powerful and affordable,
multi-layer audio becomes practical. That means you can adjust volume levels
from shot to shot and homogenize the ambient audio quality with a through-track
of background sound. The result: sound that flows across edits and delivers
the feeling of one long, continuous presentation.

If this discussion sounds superficial, don’t fret. We’ll explore these
ideas more fully in future columns. For now it’s enough to emphasize that
true video editing is not chipping away at the marble until a statue emerges.
Its bending an armature and then adding clay to it until the raw materials
are transformed into a sculpture.