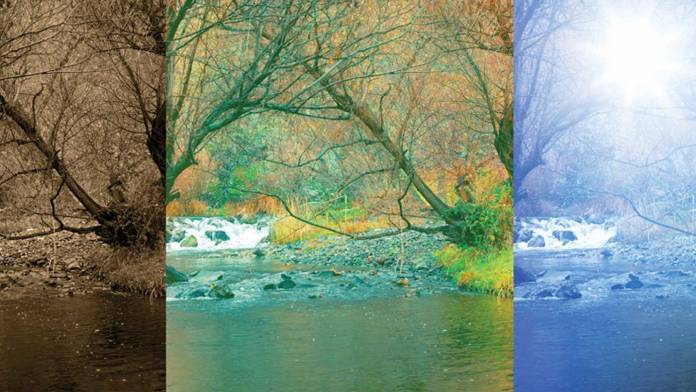 The moving image possesses the unique ability to traverse space and time. This isn’t a work of science fiction or a technological breakthrough, it’s part of what makes film and video great. The inherent look and aesthetic of an edit reveals something about its mood, its time and place. Video and film share a visual vernacular, that when held in context, reveals time. An off speed, jittery, sepia toned piece of footage speaks to one time period, whereas static-riddled blue tone footage refers to another. An audience is adept at framing footage within the context of time just by the way an image looks. The appearance of an image is largely due to the decisions of its creator, but it is also accountable to the technical limitations of when it was made. As such, it’s possible to estimate the date of a film and in what era it was created. The reverse of this is true as well, the video editor can manipulate footage to appear as if it was from another era.

In terms of style, there are always reasons to go retro and create a period piece. Video footage with the look of another era embodies the values, tensions, and setting of the period it emulates. The easiest way to create the look of film and video from another era is to understand why the technology of that day and age produced its own signature look.

The black and dull white moving image of antiquity is associated with stuttery movement that appears to be sped up a hair over normal.

Video footage with the look of another era embodies the values, tensions, and setting of the period it emulates.

The reasons for this sped up look are simple. Before the introduction of sound, there was no standardization in frame rate for cameras and projectors. Many of the cameras were hand cranked, meaning the camera operator had to rotate an arm that fed the film through the camera. As a result there wasn’t always a consistent speed. Some directors would intentionally have the film undercranked during action scenes and comedic moments as they felt sped up footage added to their dramatic goals. A third reason is certain types of film, the nitrocellulose film used in some films was highly flammable and the lamps in the projectors produced great amounts of heat. Projectionists tried to move the film through the projector at a high rate to keep it from getting hot and bursting into flames. The subdued white appearing as grey in the image is due in most part to a dyeing process that was used on the film. When these old films were restored and transferred to new mediums, the dyed prints would sometimes be used and transferred to black and white. As a result they’d possess the latitude of the dyed print without its color, and white became grey.

In order to get the retro feel of the jittery motion, use a time manipulation tool like the Rate Stretch tool found in Adobe Premiere Pro, to alter the time of the clip and speed it up. Then give it an effect such as Posterize Time, which selectively uses a limited number of frames from the clip for playback. Set the frame rate of the Posterize Time effect to approximately 16 and the footage should start to move like the silent movies of the 20s. Next, desaturate the entire image. Finish this look by adding a Levels effect and lower the output white value until the white portions of the image appear dull grey.

The 1970s had a look that was all their own, one that goes beyond polyester suits and big sideburns. Home movies were popular before the dawn of the video camera and many aspiring filmmakers were shooting footage with Super 8mm film. The look most often associated with 70s home movies is a colored wash of yellow and green. The reason for this shifted color look is the chemicals used in processing the film. Many of the reversal film stocks from this time were using chemicals which were new to the photographic process. At the time of the films’ development they looked as they should, but as time wore on, the chemicals degraded and caused a shift in the images’ color. That degraded image is now synonymous with the 70s.

The classic retro look can be emulated through some simple color correction. 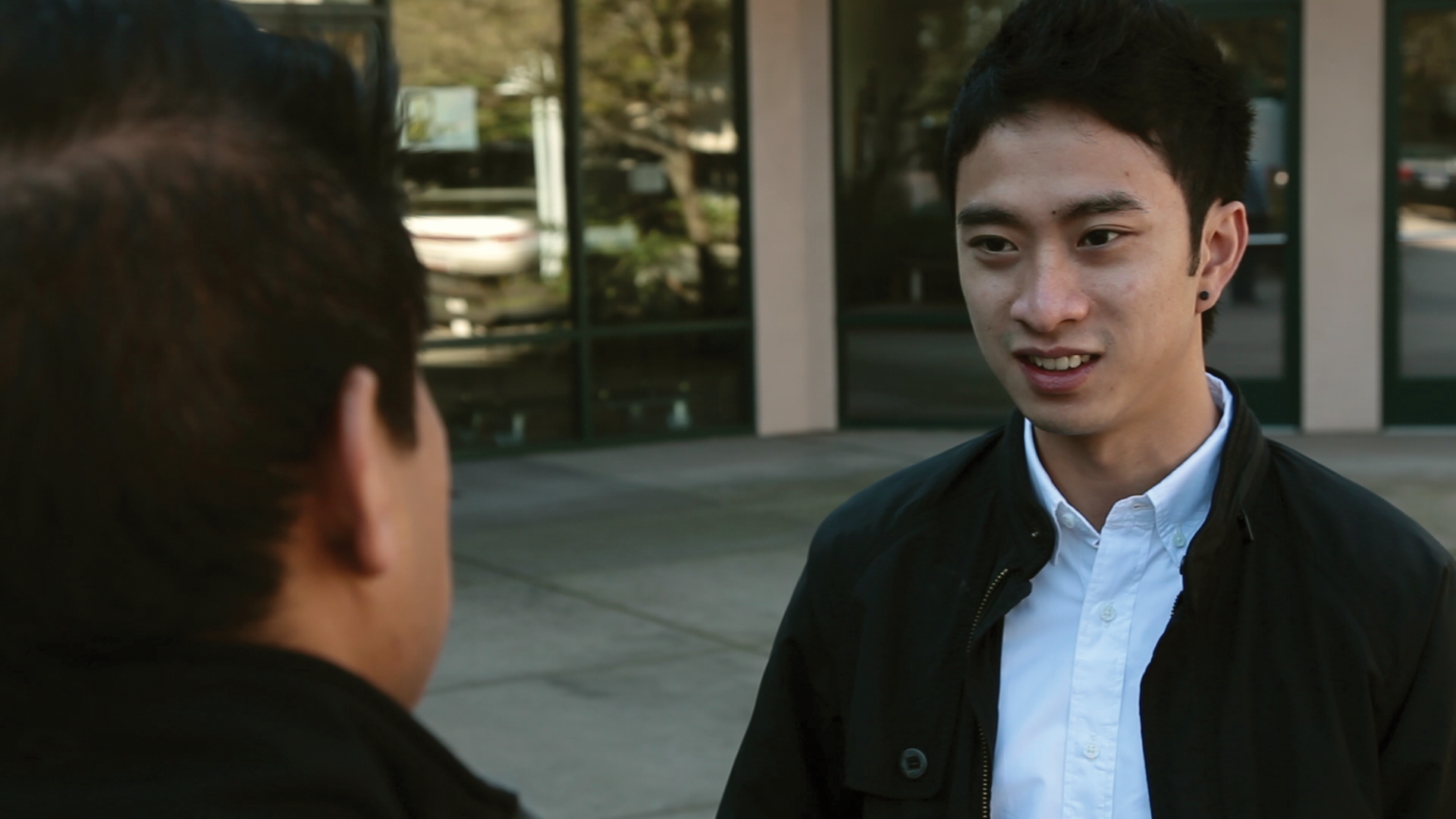 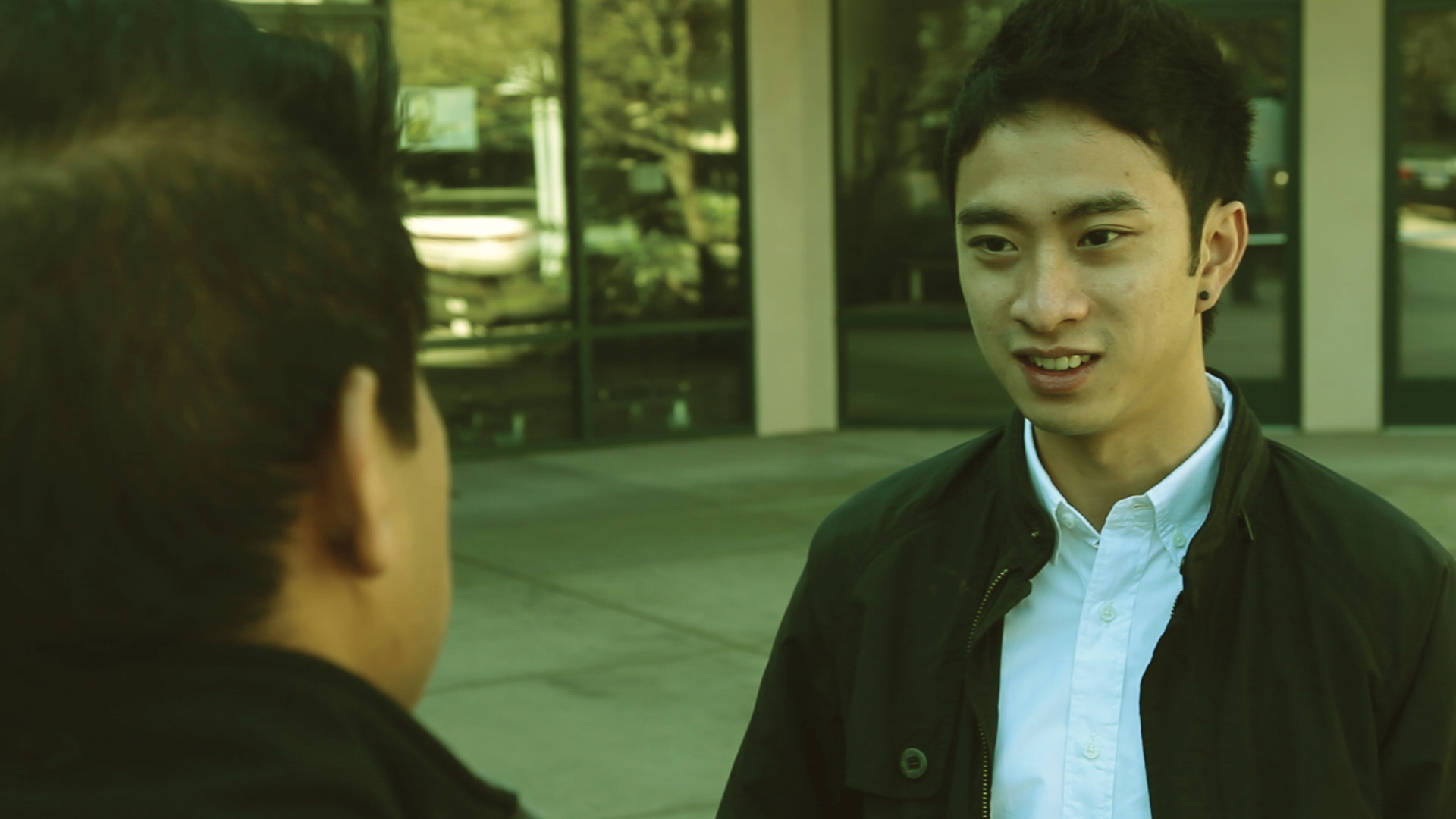 What if a time period being portrayed isn’t the past? The future is often cast into reality through video, whether it’s a sci-fi epic or an example of new technology that sits on the horizon. The look of a video can still be designed to intentionally portray the future. Looks that are generated to show the past always ask the question, “What did things look like back then? How did technology capture and project the images of the past?” Likewise, these questions need to be asked about the future. What does the future look like? How will technology influence the look of the moving image in the years to come? It should also be noted that the mood and setting of a future world should have a great influence on how the video is treated. A scorched earth apocalypse will definitely look different than a technology driven utopia.

A scorched earth apocalypse will definitely look different than a technology driven utopia.

A futuristic example would be J.J. Abram’s 2009 movie, Star Trek. A central setting of the film is a starship on its maiden voyage. The technology of this future timeline is otherworldly and the starship is brand new. How does bright shiny technology look in the dark vastness of space? It shines. The interior shots of the starship are blindingly covered with lens flares, gratuitously more so than what the average person sees in their everyday life. The film’s look dictates its time and setting as being something other than present day.

Timeless Retro: Bigger Than an Era

At times the derivative look of the moving image can grow, pointing to the era of its birth but becoming bigger than the era and taking on its own connotation. Film Noir is one of those vintage styles; it has taken on a significance much greater than it’s original intent. There are many critical assertions to the depth and meaning behind Film Noir, of which many arguments can be made. Whatever a critic’s position may be, there is little doubt it possesses a look and feel that is distinct and easy to recognize.

The Film Noir look grew out of the era of World War II and the post-war American cinema. The pioneering directors of Film Noir were responding to the dark times of the day and influenced by the films of German Expressionists. German Expressionism was a movement known for its heavy dark shadows and exaggerated angles. The visual traits of Film Noir reflect this in its low-key lighting, heavy shadows, and use of camera angles. Those traits are now used to set a mood and frame a familiar narrative, regardless of the time period portrayed in a film. A great example of this is Ridley Scott’s 1982 film, Blade Runner. The film is set in the future but the look and feel of the cinematography communicates to the audience that it is a dark detective story.

The Film Noir look is easily attainable. The best way to tackle it, is to start in production. Low-key lighting plays a significant role. Unfortunately, the video editor doesn’t have the luxury to control or influence what already happened on set. The good new is that the edit bay is filled with powerful tools. 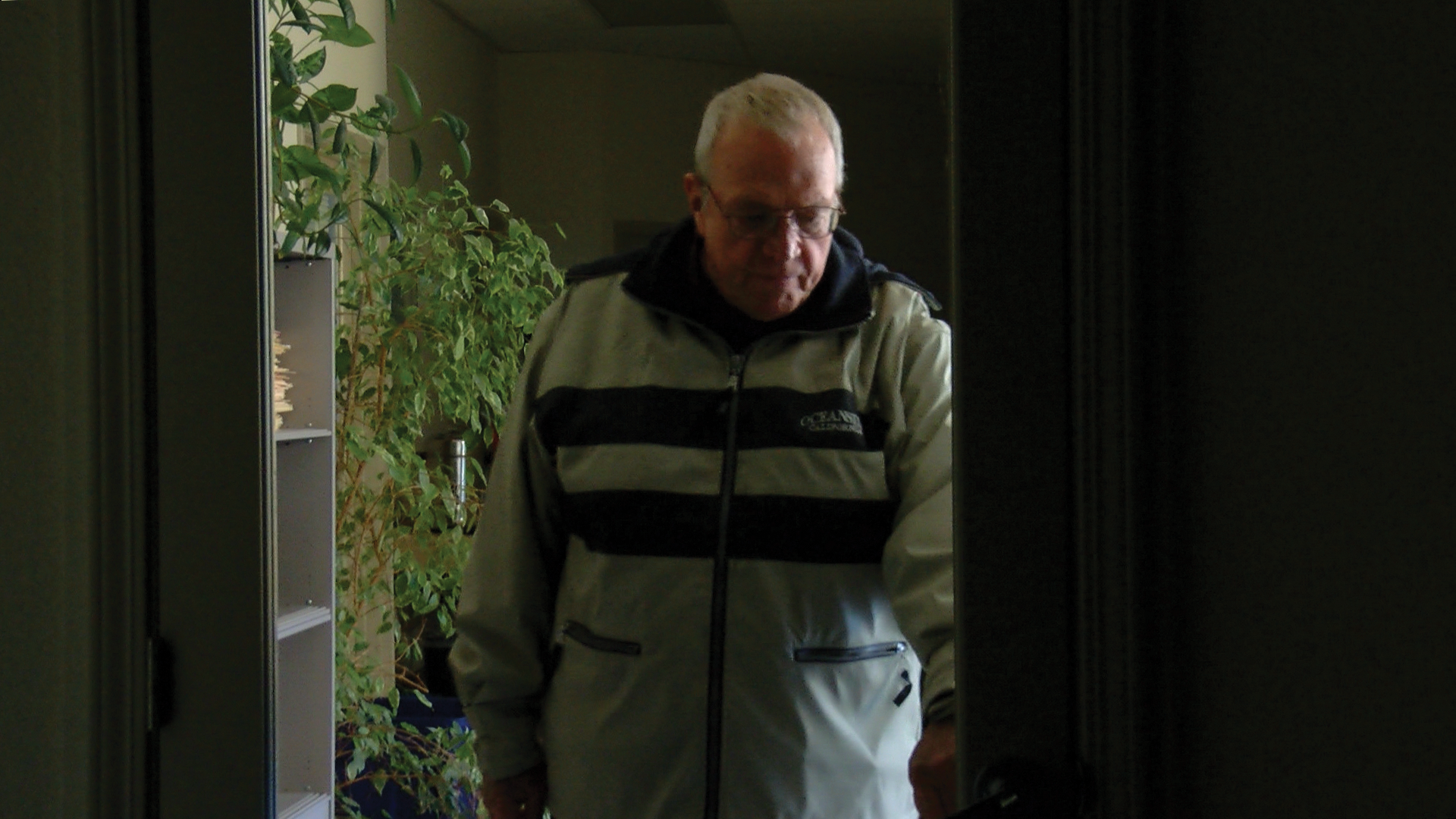 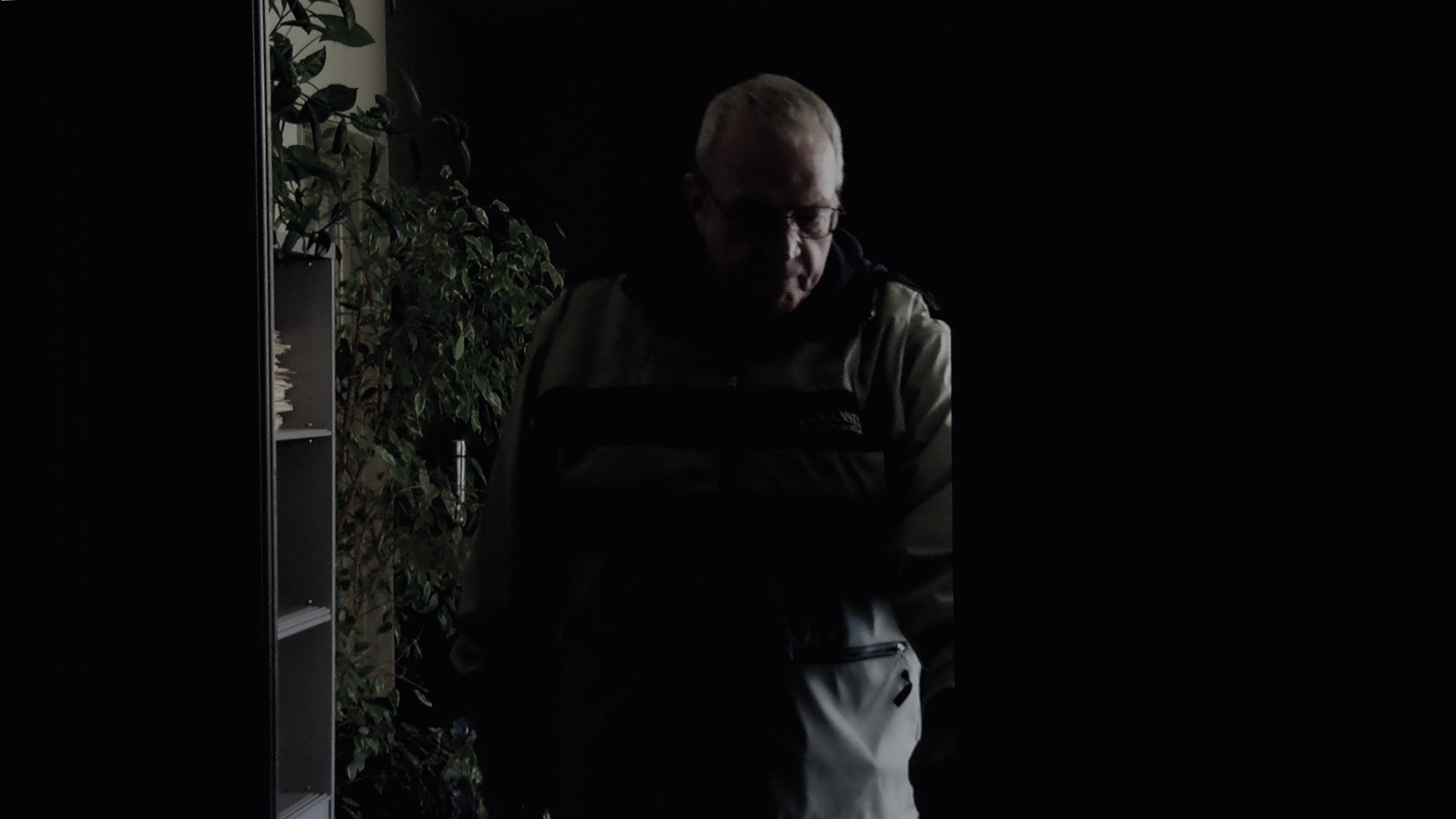 Apply a Curves filter to the footage and adjust the RGB curve. The curve should be shaped to increase exponentially, starting at black, the curve lays out close to horizontal and gradually increases to a sharp incline leading into the highlights. The image should now be fairly dark with some contrasting highlights. Next, use a levels filter to drop the intensity of the highlights and adjust the gamma to flatten out the midtones. Use a filter to drop the saturation by 45-60 percent. It sometimes helps to give the footage a slight blue tint. This keeps it from feeling too warm, contributing to the black and white feel without creating a total absence of color.

There’s no reason to get too sentimental, the good old days can always be revisited. Thinking about the technology behind the image it creates, will help the video editor to better master any retro look. What other retro eras can you identify through it’s filmatic look? A bygone era and its vintage appeal is only a few clicks away.

Contributing editor Chris “Ace” Gates is an Emmy Award winning writer and producer. He moonlights by day as an Art Director.