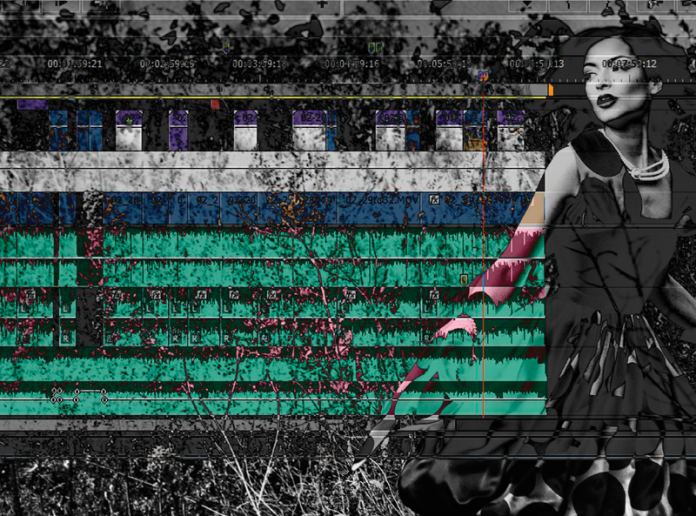 The suspense and tension that is built during a dramatic and horrifying scene keeps the audience on their toes and coming back for more. Horror films work because of the editors’ efforts and decisions. The horror genre is one place where the editor needs to meticulously work their craft in order to get a desired outcome from the audience. Even better still, a video editor can translate the lessons learned from cutting a horror piece into building dynamic tension into almost any video. In turn, the video editor hooks their audience, grabbing ahold of their attention.

Timing is Everything or Keep on Pace

Suspense is built on the audience’s anticipation. A video editor can use the timing and pace of clips to build this anticipation and grow suspense. There is no set formula for building suspense through timing and pacing but there are some basic guidelines that serve as a solid foundation.

The actual time span or length of clips used will make an impression on the audience.

A quick succession of fast-paced short clips will disorient an audience. Quick cutting with fast moving clips creates a pace in which the audience starts to believe that everything on screen is being performed in haste and they feel a sense of urgency. It’s best to use the quick pace, short style when there is a lot of action taking place and more than one perspective to see. Close-ups and hand held camera work lend to the urgency of a scene.Just as short, fast paced clips can build dramatic tension, extended uncut clips can be used to grow suspense. As the tension in a scene builds, the audience anticipates progression, whether it’s through the reaction of the subject on-screen, the introduction of a new and surprising element, or a simple cut to a new shot or perspective. When a shot is held on-screen for longer than expected, the audience starts to feel discomfort and anticipates a change to come. The greater that discomfort builds, the bigger the anticipation and accordingly, the editor should use the pent up anticipation for a big reveal in order to satisfy their audience. Holding on a shot can be difficult, because the editor wants to hold onto their audience and not lose their attention. That’s why when an editor chooses to extend a shot, it should be part of sequence that has already built up the dramatic tension and has a grip on the audience.

A video editor can translate the lessons learned from cutting a horror piece into building dynamic tension into almost any video.

It’s an odd dichotomy that two very different clips, and often different schools of thought on video editing, can both achieve the same goal in eliciting a response from the audience. Both of these techniques are valid and can produce great results when used creatively. The key is to remember that each shot doesn’t work by itself, but is a small part of an overall sequence. That’s why an editor needs to weigh the rhythm and pace of their edit in response to the story being told, the content of the footage and their target audience. Each audience has different expectations and different tolerances for tension. By understanding and knowing their audience, the video editor is better prepared to hold their attention.

A suspense-filled scene is built by more than just the timing and pacing of its shots. The shots themselves and the ways they are composed are just as important. Hopefully, when footage arrives on the editor’s desk, it’s a product of careful planning and skilled craftsmanship. Even in the best-case scenario though, the journey of this footage has just begun. One of the trademarks of the horror genre is well composed shots, in which the blocking of subjects is set up to reveal something to the audience without the protagonist of the scene knowing what’s happening. Moving cameras are often utilized for this effect.

Here’s an example of a single shot with detailed blocking. Picture a protagonist walking through a dimly lit house while talking on the phone, the camera follows them as they pace. As they pass by a window, it’s revealed that it’s a clear moonlit night. They continue to pace, reaching the far side of a room only to turn around and pass by the window again. This time, unbeknownst to the protagonist, a bloodthirsty monster can be momentarily spotted watching them through the window, only to have the camera follow on with the protagonist. As the camera pans back a third time, the window is once again empty.

A single shot like this can strike terror into the audience. If the editor wasn’t aware of the purpose of this shot, they may have chosen a take in which the protagonist passed by the window but directly between the camera and the monster, never giving the audience a glimpse of the horror outside. It’s important for an editor to be familiar with the script, the director’s intention for each shot and the detailed content within each take. This information will help the editor choose wisely and make selections that will help develop the story.

Sometimes, It’s Not What You See

One of the most important factors in setting the stage for deep suspense and thrilling terror is what the audience hears, and sometimes what they don’t hear. Music beds and sound effects all go into making a creative audio mix that can build just as much tension as the visuals.

A music bed in and of itself can set a mood and tone by it’s arrangement and instrumentation. What the video editor does with a music bed adds layers of suspense into the final edit. Music is inherently connected to the pacing of a video edit. The video editor should be intentional about using music that works with the pace of their edit, and edit the video to coincide with the music. Musical swells, stings and hits should be timed to surprise the audience and cue up the next big reveal in the edit.

Sound effects shape the environment of a scene just as much as the visuals, they give life to lifeless objects on screen and reveal what the viewer never sees. Just like music, sound effects should be used to build a rhythmic pace, and used to surprise the audience. It’s quite natural for an audience to have anxiety and fear build around something they know is there but cannot see. Sound effects help to build this unseen tension.

The audio mix of a horror film is one of the most creative audio endeavors a video editor can attempt to tackle, and is a lot of fun as well. There is a normal hierarchy for audio when mixing most videos, often with dialog taking precedence and sound effects being mixed to create a realistic soundscape. In horror films, that kind of thinking goes out the door. What a sound reveals is what should take priority with the video editor’s decisions. A dripping faucet is most usually a faint audio element in the real world, and subsequently in the normal audio mixdown. However, in the audio mix for a horror film, a subdued clip like a drop of water might be more effective as the most dominant audio element. The priority of the audio mix is to increase the dramatic tension. Taking the audience away from reality and building anticipation sometimes means flipping the script. Sometimes the best soundtrack is the one that doesn’t exist. Audiences are used to a continual barrage of dialog, music and sound filling every second of a production. The absence of sound is a surprising element and will often times make the re-introduction of audio feel as if it is amplified or at least more significant.

There are few things as fun as a good old-fashioned scare. Suspense and tension don’t just happen because they’re written into a script, they occur because they’re feelings that are built by the editor. There is no single technique that builds tension by itself. The horror genre is crafted by a good blend of tried and true scenarios, a bit of creativity and precise timing.

Ten Steps to A Good Scare

The horror genre makes extensive use of the false scare tactic. This doesn’t mean that there isn’t a clear and present danger for the film’s protagonist, it just means that the frightening reveal is delayed and more shocking because of the audience’s false sense of relief. The false scare scenario plays out following these basic steps.