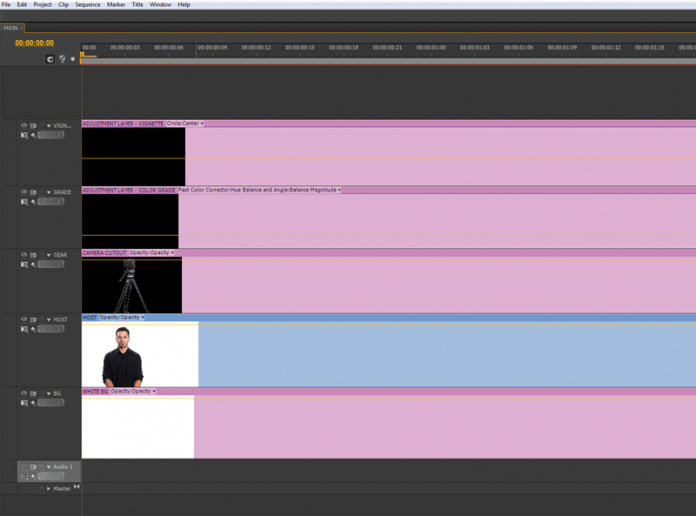 Adjustment layers are a simple way to make something out of nothing. They have the power to tie together an overstuffed timeline of disparate shots, and in the process save an editor a great amount of time.

Adjustment layers are found in many of today’s video editing applications. They first existed in image editing programs such as Adobe’s Photoshop. Adjustment layers proved to be so useful, they were quickly integrated into visual effects and compositing software, such as in Adobe After Effects and other prgrams. As video editing applications grew to have more robust features, they soon landed in editors' timelines. An adjustment layer might appear to be useless to the editor who has never used one. To those who have discovered this wonder of wonders, an adjustment layer is a super simple asset that is capable of many amazing feats.

What are adjustment layers?

At first glance adjustment layers may appear to be plain and simple assets, but uncloaked, theyÃÂre multifaceted timesavers.

The ability to have one instance of an effect is incredibly efficient, especially in large projects, because only one adjustment needs to be made to the parameters of that effect as opposed to multiple tweaks on each clip. A bonus timesaver is the rendering time of the finished project. Using adjustment layers speeds up rendering because the renderer first composites the underlying layers into a single image and then looks at the single instance of the effect applied to the adjustment layer as opposed to processing multiple instances of the effect on multiple layers.

All the editor needs to do is toggle the adjustment layer switch on that layer. Adjustment layers are useful to compositors because they are often dealing with multiple elements inside the frame. The size of these elements vary and often times they are animated to move throughout the composition. Some effects, when applied, are relative to the layer’s size and center position, not the composition’s. These effects won’t create a unified composite look when applied to multiple elements of varying sizes. The editor is able to achieve a unified look by applying the effect to an adjustment layer as the effect will be rendered across the entire composite image as opposed to the individual elements.

At first glance adjustment layers may appear to be plain and simple assets, but uncloaked, they’re multifaceted timesavers. Their versatility allows the editor to accomplish feats that otherwise seem impossible. Whether the task at hand is color grading or building a unique composite, adjustment layers are more than capable. Time is a commodity in editing and a little bit of it spent on utilizing the power of adjustment layers will pay off with big rewards in the long run.