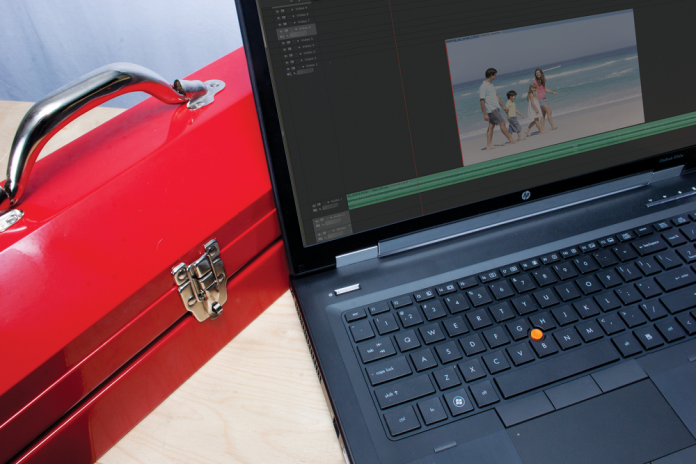 The video world is changing. Heck, it has changed. Not so long ago, if you saw something unbelievable on TV while you were out in public, you would have jumped up and turned away from the nearly-square image, dug in your pockets for change and ran for the payphone to call a friend. Nowadays, you can watch a widescreen TV program, make a video call to your friend, and both shoot and edit high definition video all on a smartphone or tablet.

What a difference a few years makes. Ask a 15-year-old if they know what a payphone is and they’ll probably tell you it’s a Maroon 5 song. (Ask a 55-year-old what a Maroon 5 is and, well … never mind!)

While editing footage you shot on a cutting-edge touch screen device such as a tablet is pretty cool, it’s probably not what you do day-to-day for a living. If it is then you’re unlikely to be worrying about editing for SD video output in the first place.

For the rest of us, we have to be adaptable walking tool chests, ready to take on whatever projects our clients can dream up. Part of the aptitude required of a successful editor is the ability to change direction, adapt, and learn quickly. So let’s learn to edit HD for SD output and add another tool to your tool chest, starting with some basics. 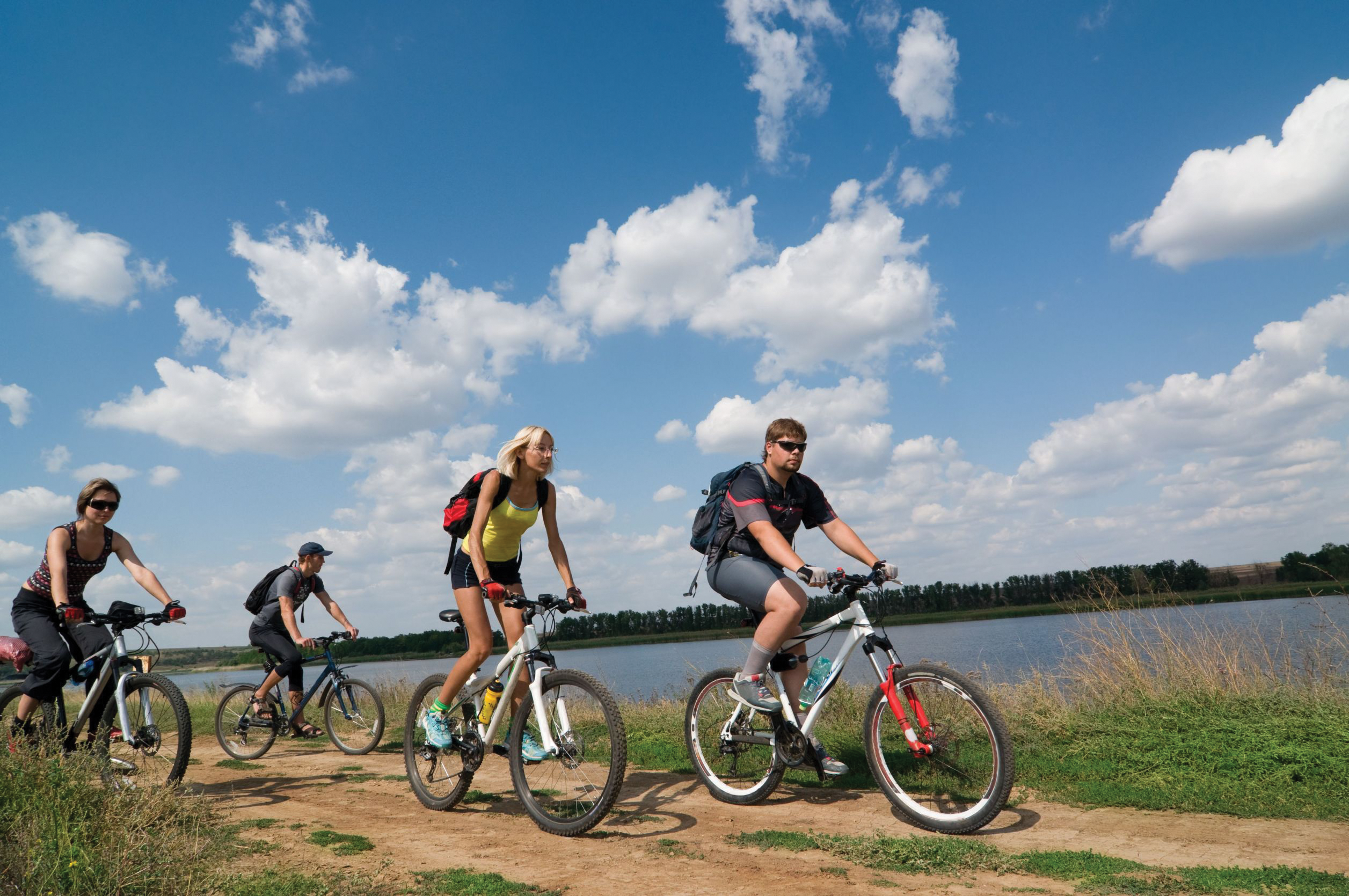 The images can be displayed in either interlaced (alternating upper and lower fields playing sequentially at a speed great enough to trick our eye into seeing one image – commonly referred to with an “i”, e.g. 1080i), or progressive (showing a full image in each frame – commonly referred to with a “p”, e.g. 1080p). Common HD displays include plasma, LED and LCD televisions, flat panel computer monitors, and most mobile devices.

Standard definition, or SD, isn’t as wide and sexy as our current flat screen televisions and monitors. It is generally an interlaced image with a much smaller number of pixels – in North America it is 640 pixels by 480 pixels to be exact (480i). When imagining a 4:3 viewing area, think back to your old, wood-cabinet television in the attic. It not only contained a cathode ray gun or three and weighed as much as my Aunt Edna, but it also had a screen that was pretty darn close to square, right? That’s a standard definition screen.

Though there has been a shift towards digital, high definition and TV broadcasting, both HD and SD standards still exist. Depending on the service provider and delivery method they use, a North American broadcaster may broadcast at 480i, 720p, 1080i or 1080p.

What that means to video professionals, is that the shift from SD to HD and the lack of a single video standard has forced us to become masters of many aspects of shooting, editing, converting, encoding, delivery and transmogrification, OK, not so much that last one, but we’ve definitely had to embrace a steep learning curve to keep up with formats, pixel aspect ratios, codecs, and a multitude of Web, film and broadcast technologies and standards.

Let’s try to shed some light on one aspect of this challenging changeover, and that is learning a bit about editing HD video for SD delivery.

Before we get into the editing, however, it’s important to know why one might choose to shoot HD video when he or she knows it’s only going to see the light of day as SD video.

1.     Color depth and compression – newer HD cameras capture more color per pixel, offering options to record their footage fully uncompressed. Those using compression for their HD footage offer nice, small file sizes.
2.     Zooming and panning – when we put our videos together there are times where we wish we framed a bit tighter, zoomed in a bit on the action, or were able to do a slower zoom in or out. HD footage will allow editors  to       zoom in and out and pan side to side without falling out of the SD frame.
3.     Cost – the equipment is so cheap and so good now, it doesn’t make sense to spend good money on older technology. The reality is that most studios want to stay on top of the latest technology, and simply learn how to meet the needs of different clients as projects come in.
4.     Learning – clients looking for SD now will likely be looking for HD in the future, and in the meantime you can learn to refine your HD workflow for SD.
So what part of the workflow needs refining? 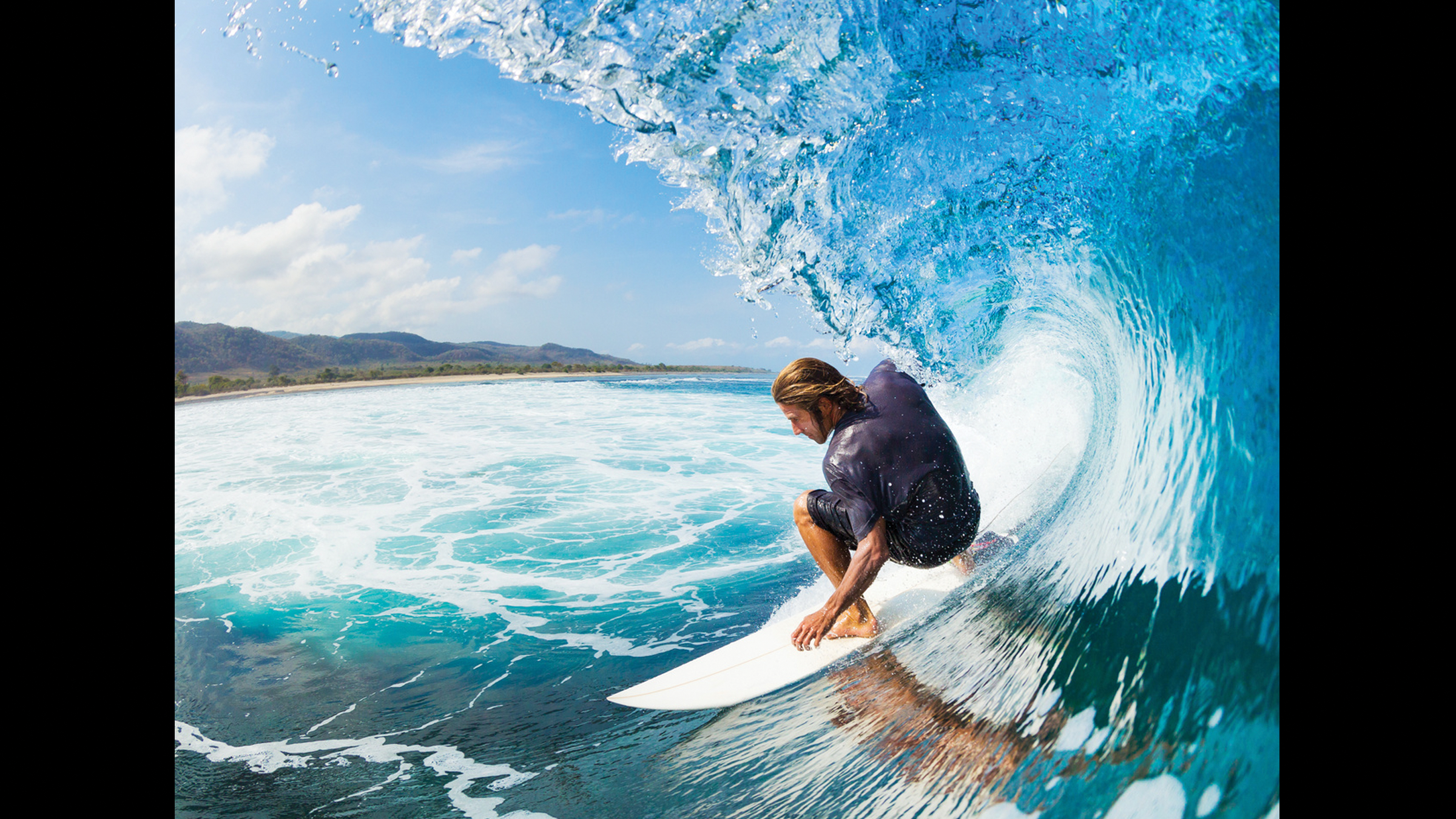 Highway to the Safe Zone

The most obvious thing we notice when comparing HD and SD footage is that SD is far narrower than HD. Even in HD there are boundaries for what is safe to display. These are called the title safe and action safe zones, and they sit 10 percent and 5 percent from the edge of your footage, respectively. There is also a third zone, called the center cut safe zone. The center cut safe zone refers to the 4:3 section of a video frame that fits inside the center of 16:9 HD footage. We’ll get into these in a sec. 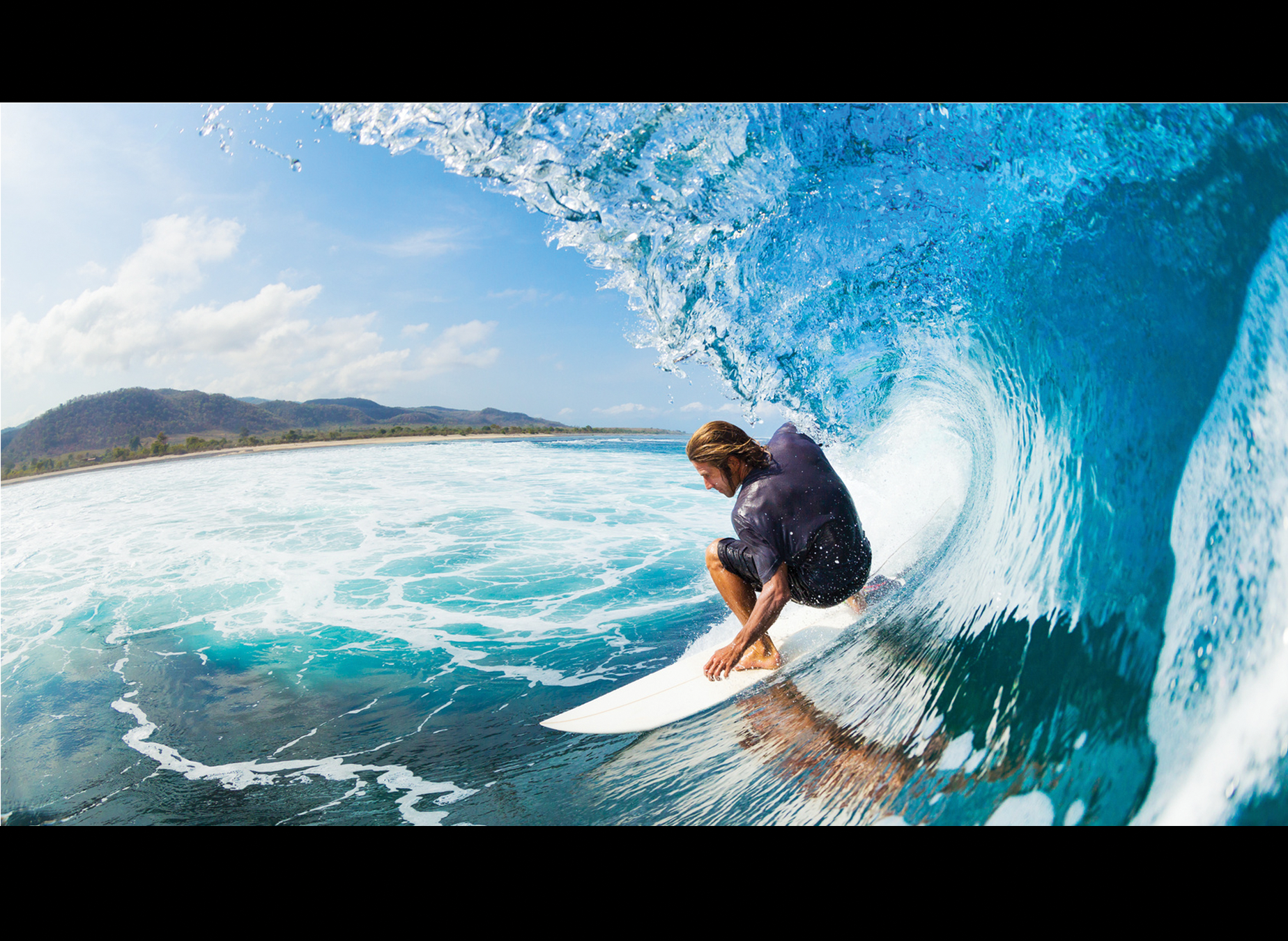 When discussing shooting, center cut safe shooting describes shooting footage in HD, but keeping your area of interest centered in the middle 4:3 section of your shot.

Sounds easy enough, but as an editor how do you make sure you’re playing within the barriers? Let’s take a closer look at these safe zones. Start by turning on the action safe and title safe guides in our editing software. While these are for HD footage, they can help us.

The outside rectangle is called the “action safe” zone, meaning you are safe to have your action (actors acting, pipers piping, geese a laying, etc.), take place within this zone without risk of losing it on certain screens or monitors.

The inner rectangle is called the “title safe” zone. For television you’ll want to keep all of your titles within this zone to avoid them disappearing off the side of certain displays.

Note: For Web the rule of thumb is to keep your title text within the action safe zone versus the title safe zone for television.  Most hosting sites won’t crop videos.

Editing software has historically included center cut safe guides, so if you’re using a current editing program or earlier, you should be able to turn on center cut safe guides and adjust your footage within that zone. As of this printing, it seems that more editing packages than not, no longer ship with these safe guides. They will, however, include title and action safe guides, and a quick look online should help you track down a guide image with an alpha channel to drop over your project layers to use as a guide.

Worrying about all of these safe zones is enough to give us wrinkles, so let’s worry about something simpler: editing and cropping footage.

Assuming that your footage is center cut safe you’ll have a straightforward job as an editor. It is then as simple as creating a standard definition sequence in your editing software, dropping your HD footage dead center of the frame, and then editing as usual. Your action should look just fine for SD output, and the HD edges will be cropped away.

Things aren’t always as simple as having perfectly shot footage, but that’s OK – HD footage in an SD timeline can be a good thing for a few reasons. As an editor, no matter how the footage has been shot you may not want what landed in the middle of the frame. Maybe you want to punch in on a shot. Maybe you want to do a mild dolly motion. Not only will you have latitude to slide your footage in any direction without falling out of frame, but you will also be able to zoom in a bit on shots without worrying too much about image degradation.

What if you still want to present your footage in glorious widescreen, but you are required to output to SD? Again working in an SD timeline, drop your HD footage in and scale it to the SD frame width. You’ll see an immediate drawback, which is the introduction of black bars top and bottom, meaning your footage doesn’t fill the entire frame. Regardless, some content providers may choose this format. I guess it’s why VHS tapes used to come in fullscreen and widescreen. It’s nice to have choices. An added bonus is that as editor you can use the black areas to include text or graphics. Lower thirds, subtitles and other content can go in these spaces without being superimposed over an image.

At some point you’ve probably come across one or more of the common issues with interlaced footage, such as interlace flicker or combing. Maybe you’ve transferred old VHS tapes to digital and watch them on a progressive display, or maybe you have an older interlaced camcorder and edit the footage on a current laptop. Either way, you’ve seen flicker and/or combing.

Interlace flicker is also called interline twitter. Therefore, in 140 characters, interline twitter is “the aliasing effect created by fine lines and certain details in great enough frequency to be near the horizontal resolution of the display.” #like_when_broadcasters_wear_striped_shirts

To get around the issue of flicker or interline twitter, fine and ultra-sharp details are generally avoided when creating or broadcasting interlaced content.

Combing, is the result of viewing interlaced footage on a progressive monitor. What you are actually seeing is the movement of content in interlaced footage containing the two distinct fields that would be alternated when viewed on an interlaced display. The two fields are technically captured at a different time and then played sequentially fast enough that we cannot differentiate them and see only smooth playback, progressive displays with little or no deinterlacing have no option but to show both fields at the same time.

Fortunately, there are great options for editors who need to deal with interlaced footage on a regular basis. Every major editing platform has at least one tool – and sometimes more than one – to reduce or eliminate issues arising from interlacing. Any encoding or compression suites offer the option to deinterlace footage when re-encoding your footage as well.

SD or HD, interlaced or progressive, action safe, title safe, center cut safe, flicker, combing … there are a lot of things to learn about footage and how to interpret and work with it. This article is by no means the definitive guide, but hopefully the next time you’re faced with a project requiring you to take high definition footage and edit it for delivery in standard definition, that lump won’t form in your throat.

As in life, with every editing project it’s always up to you which route you take to achieve your goals. Some will work, and some will need some tweaking along the way, but these journeys are what define us as editors.

Every seasoned editor has a trick or two up their sleeve, and many have proven workflows that work for them time and time again, but their methods may not be your methods to get the result you want. We all forage through the technology to find our own way, while stopping to pick up a trick or two along the way. Keep foraging.