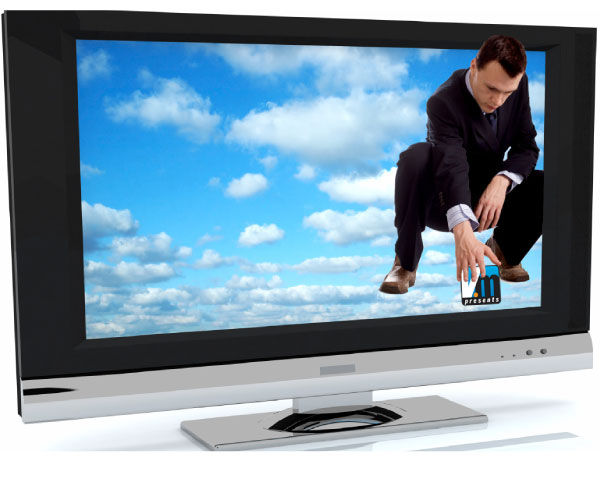 Bugs are very common graphical elements in many video programs. Bugs serve a unique purpose, and can enhance the video program when done correctly. We can explore bugs more closely and learn how to make these unique graphics for your next video.

A bug is a graphical element that usually displays in or around a given corner of the viewable area of the video for the entirety of the program. Its position puts the bug away from the main focus of the video and its usually styled so that it doesnt draw too much attention to itself. This means that bugs are often semi-transparent, monochromatic and small in size. These are just general rules. Of course, you can break the rules if youd like, but before you do, lets discuss what a bugs purpose is.

A bug's main objective is to brand your video program with an identity. Major television networks consistently use bugs for this purpose. For example, NBC displays a peacock bug (i.e. their identifying logo) during their programming. This helps viewers, many of whom might be channel surfing, to quickly identify what network is running a particular program. This way the viewer doesn't have to look up what channel they're on.

Branding in this method can cross over to other implementations. Web video producers often rely on bugs to help viewers become familiar with their company identity. This is especially useful online, where there are thousands of "channels" with thousands of different content creators. A bug helps build brand recognition in this situation. It's not solely responsible for it, but it's there along with other branding elements. It also identifies who you are, if someone found your video from some random search on YouTube or any other online channel.

When to Bug Out 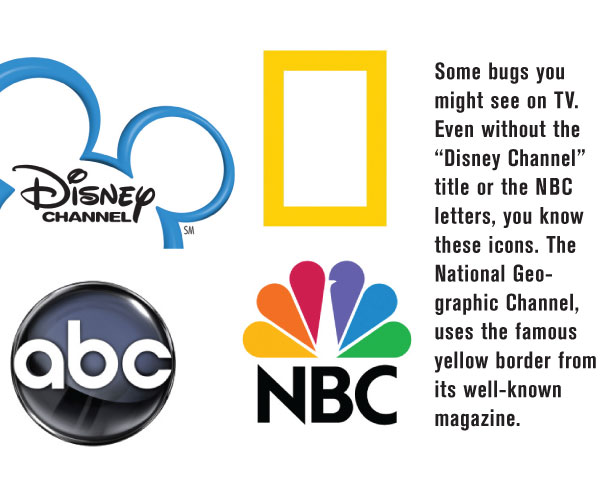 You should consider whether or not a bug is right for your program and usage. Its a decision that ultimately you get to make. And, since a bug is discreet in nature, the decision might not seem like an important one to debate. But before you put a bug on your video, lets take a look at a use case. Lets say you're producing an instructional video series for a corporate client. You're working on delivering the final product, and the client likes a competitors video because it has the company logo (i.e., a bug) in the lower corner. The client asks you if that's something you can put in the video. There's nothing wrong with making the client happy upon request, but you start to wonder if thats really necessary. To answer this question, ask yourself who the audience is for this instructional video. If you're well into the project, you should have this clearly defined. Lets say that the instructional video is for teaching the clients current employees about a new work procedure. How important is it that the bug be placed in this video? Well, considering that the employees are probably familiar with the company they work for and could probably recognize the company identity on sight, its probably not critical at all. But, if the audience of the instructional video is new employees or possibly not employees at all, there would be a clear marketing opportunity to help the audience recognize the company's identity.

You might also take a look at how the video will be deployed. An instructional video that runs on public television is a great opportunity to find an audience that might not be familiar with the client's brand. And, your last consideration is the content of the video. The very nature of an instructional video doesn't really call for the additional branding that a bug offers. In fact, it could be a distraction if the bug is not done right. For the most part, the audience and where the video will be shown will guide your decision. And, the persistence of your client!

Also, someone might have found your video on your client's website, but if that gets passed around the internet via YouTube or Vimeo or other video sharing sites, there's no telling where it might land, so a bug in the corner identifies your client's company.

How to Make a Good Bug 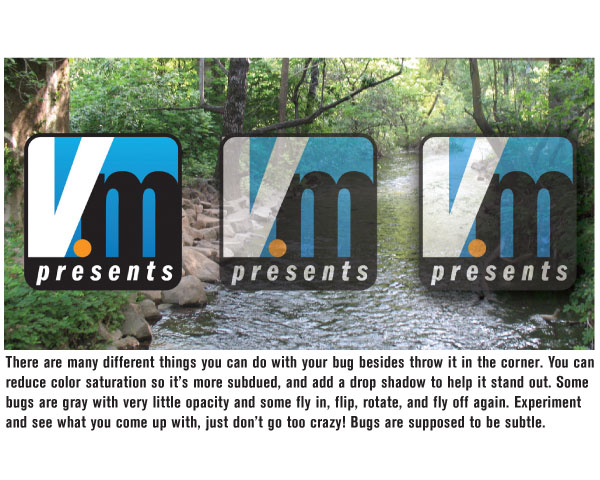 Bugs are quite simple to make if you're comfortable with graphic and photo editing software tools. Bugs should be designed so that they're not at all distracting. This means they need to be rather small and have a subtle design. For a typical web video at 320×240 pixels in resolution, a bug should be no bigger than 50×50 pixels. Compared to other video resolutions such as DV or HD, this is a much greater bug-to-screen resolution ratio. This is because the smaller web video resolution demands that the bug be a little oversized, so that it can be seen more easily. A bug for a web video can also be placed closer to the edges of the video's viewable area, because most viewers can see all the screen resolution of a web video. In DV and HD resolutions, some of the video's viewable area is covered by the frame of the television set. This requires that you nudge the bug inward so that it's viewable. An appropriate bug size for DV resolution is around 120×120 pixels. You get a little bit bigger with HD at around 200×200 pixels. These are just recommendations. Use them as a starting point.

Choose subtle coloring, unless, of course, the color is central to the brand. Reducing color saturation can help to make the bug more subdued, but don't sacrifice too much. A good bug should still be easily identified. Consider adding an outer glow or drop shadow to the graphic to help it slightly stand out from the video program. If you choose to add either of these styles you'll need to make sure you preserve the alpha channel.

Set up the graphic file to include an alpha channel. Usually, this feature can be enabled when you save the file. Many applications have a Transparency checkbox that you must select when you save the file as a PNG, GIF or whatever file type you're working with. An alpha channel will allow the bug to be placed in the timeline with no background image. You don't absolutely need an alpha channel. You can create a solid image just the right size. Or, you can resize a solid graphic after you import it into your video editing application. In this way, your bug will be like doing a picture-in-picture effect. Alpha channels are ideal, however, as you can also reduce the opacity of the bug before importing it to your favorite video application. Or, you can adjust opacity in the video editing application itself.

Typically, bugs are best if not animated. This simply means that the graphic doesn't flip, rotate, spin or otherwise have any moving properties. This just helps the bug be more subtle. Distracting bugs are not good. They keep the attention of the audience on something that's not the focus of the video program. Now network TV shows are actually throwing in moving rotating bumping images as "commercial previews" of other shows they're promoting, and as viewers, we find it quite distracting from the show we're already engaged in. Remember this: don't upset your viewers. What works for networks might backfire for your show.

Now, go out to the great world wide web and find a few bugs. There are plenty of examples to see. Or you can turn on your old tube and channel surf. If youve got hundreds of channels, you'll likely have hundreds of bugs to review.