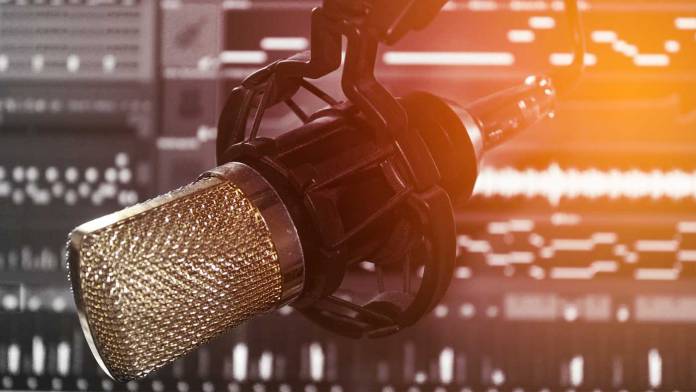 As for actors, many of them come from humble beginnings and are good for making more with less. If you should be lucky enough to have both good writers and good actors, you’re going to get great dialog and action. Assuming you can capture the performances in the manner that enhances these qualities, the edit should be a real joy. But, where do you begin?

One strategy for editing most any type of production is to do a “radio” edit. Focusing your cuts and the assembly of your timeline on the dialog places the content of the story as the highest priority. You see this time and time again in commercial TV production. From script to final edit, what is said in a 30-second spot will have a great impact on the viewer. Every second counts and every syllable is rehearsed.

Even in feature films – where time is less constrictive – the rhythm and flow of dialog help punctuate character and plot. All this is the art of editing. So, let’s spend less time on shot takes and more time on dialog to drive our story. But remember, it’s all the same principle of creating a rhythm and building audience anticipation.

You can treat dialog just like music. You can edit lines into syncopated beats and build pauses to create a rhythm. The frequency of edits will determine the pacing of the sequence. Fast-action scenes will have dialog between characters trimmed closely together. Think of the fast-paced dialog edit as a tennis match. The exchange of lines between characters goes back and forth. When there’s not much to be said, such as a chase scene, you can use sounds as beats to fill in the “dead air” between lines. For example, two bicyclists are competing in a race to reach the final stretch. The antagonist takes the lead and taunts the protagonist with a line of dialog. Our calm hero says nothing. To keep the pacing quick, the editor will throw in some sound effects to keep the dialog beat alive, perhaps a few loud cheers from the crowd or a horn blow along with the obvious sound effects of bike gears spinning, tires scraping the concrete, and the windy whir of the racers as they rush by. Then we hear a grunt from our protagonist as he surges forward. The antagonist says, “It’s too late, I’ve already beat you!” Then there’s a sound effect of a tire exploding and a scream from the antagonist. Next, add some cheers from the crowd. That’s a quick fast-paced radio edit with just two lines of dialog from the characters and a whole lot of beats supplied by sound effects. The best part is that the sound effects also really help build the environment of the scene. Just mix in your visuals, and you’re done.

Use the room tone clip to fill in the blank spaces between audio clip edits, so that these areas don’t become completely “dead air.”

When you are using a multi-track timeline, it’s sometimes easiest to put each character on a separate track. This way you can nudge sections together more easily. When you’re manipulating time like this, it can become tricky to find visuals that match. If you’re lucky, you’ll have some cutaways to work with. It’s also critical that you have room tone. Room tone is usually a 30-second audio clip (sometimes longer) of the “ambiance” of a room or whatever location you’re shooting in. You instruct the talent and crew not to make a noise while you capture the room tone. Use the room tone clip to fill in the blank spaces between audio clip edits, so that these areas don’t become completely “dead air.”

The L-cut is when the audio track of the first clip continues after the edit into the visual of the second clip, replacing the audio of the second clip for a good portion of time. A cutaway is a classic example of an L-cut. You can use the L-cut to help match visuals when you’re in a pinch. For example, clip one shows a closeup of a character who delivers a line of dialog followed by a pause and then another line of dialog. You decide to cut the second line of dialog after the pause and put in a different line. To sell this edit visually, you cut to a cutaway (i.e., a clip of a reaction shot of another character) just a few seconds before the end of the first line of dialog. The cutaway clip lasts a few seconds, simulating the pause, and we move to the next clip with the new line of dialog. The L-cut helps keep our pacing moving without any visual hitches. Using pacing tricks like introducing sound effects (or more talkative characters for that matter) and using quick and efficient cuts like the L-cut will help create pacing that is a right fit for your scene.

A good way to immediately draw attention to dialog and suspense is using a J-cut between two clips. A J-cut lets the audio track (i.e., the dialog) precede the connecting visual image. In doing so, the audience will hear the dialog of the next clip before seeing the source of a dialog. For example, sitcoms commonly change locations and scenes using this technique. The opening sequence is a wide establishing shot of an office building. We hear the manager speaking about massive layoffs as the visual pulls in closer to the office building. A few seconds into the dialog, the editor cuts to the source clip, revealing the visual that accompanies the audio. For those brief seconds on dialog preceding the source clip, your audience is anticipating the next shot. They are listening closely.

This J-cut technique doesn’t have to be reserved for opening scenes. When the dialog is reaching a critical point in the story, a well-placed J-cut will help build suspense. For example, a detective is questioning a suspect in a crime. You’ve edited a very tight and fast-paced A/B edit between the two characters. As you reach the big moment in the story, the detective finally has the suspect on the ropes and moves in for the kill, showing the damaging evidence against the suspect. The editor holds the video from the first clip showing the detective and then inserts underneath this visual the dialog from the suspect. After a little pause, the viewer hears the suspect’s voice start to tremble. The suspect’s confession begins, but the editor is still holding the visual on the detective for just a second longer, building the anticipation of the next shot. That’s the J-cut used in a critical juncture of a plot. It focuses the viewer on the dialog and meanwhile changes the visual pacing, too. All of these things have a great impact on the emotional impact of the sequence.

You can use these techniques for just about every type of format. A radio edit technique is a great method to produce compelling stories. Once you have the radio edit done, you can go back over and nudge things around a bit more to make them fit your visuals more precisely. Exercise some caution when you do this to make sure you don’t undo all that hard work.

Finally, it should go without saying that you need to make sure you capture your dialog as well as possible. And, don’t forget to take off the lens cap before you start shooting. Radio is great, but this is filmmaking.