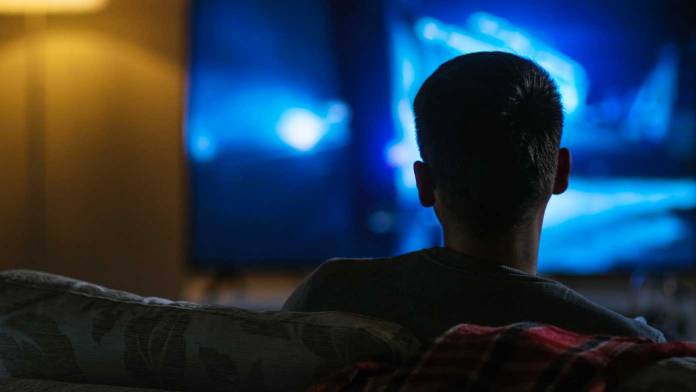 A great way to improve your skills as a filmmaker is to watch the best filmmakers do what they do best-make films.

Making films is an art form that takes a great deal of time to master. Unlike many art forms, it’s fairly easy to experience the best masterpieces. You won’t need to travel to the Smithsonian or Modern Museum of Art. You won’t need a tour guide. And, best of all, you can experience everything from the comfort of your sofa. While the best movie going experience is usually in a theater, it doesn’t take much equipment to have a great viewing experience at home. Real film schools are expensive-this film school will only cost the price of a few movie rentals or purchases.  And over the course of your studies, you’ll amass film tips like crazy.

If you are truly critical of the films you watch, you’ll get the most of them in an environment with the proper lighting and audio qualities. The light levels in the room should be optimal so that the contrast ratio of the display screen represents the images properly. A dark room is best, but not completely absent of light. Consider the audio properties of a room, carefully. If the film has surround sound encoding, it’s ideal to watch the film on a 5.1 channel speaker system. A quiet room that has been properly set up with the speakers will give you the best experience.

Keep an Eye AND an Ear Out

Simply watching a film is not good enough if you aspire to be a great filmmaker. It’s difficult to recommend ditching the popcorn, but you should do so in all seriousness. If you want to learn something, you’ll at least need to turn on your critical thinking skills. As you watch a film, continuously ask yourself why the filmmaker has made the decisions that have lead to these following changes:

Look at these changes in the film and think about whether or not you can explain why the filmmaker has edited the film in this way. Consider other observations, too. What are the actors doing and how does that have an effect on the story? Make note of how you feel during the film as a viewer. This is the best way to gauge the filmmaker’s intentions. For example, if you are feeling anxious and frightened you can expect a certain set of editing decisions to take place. In this scenario, one would expect to find a chilling set of sound effects and maybe some unusual camera angles. Make note of all these things and the pieces of the puzzle start to come together.

Many people like to study a particular director. This is a great idea as you can become familiar with a director’s style. Many times you’ll find that a particular director doesn’t fit your fancy. That’s perfectly acceptable. It’s a good idea to give something a try and learn from it. But, don’t suffer through a who collection if it does not stimulate your artistic interests.

Luckily for you, we’ve created a list of 10 films we think are ideal for the aspiring filmmaker. This is in no way a comprehensive list. Nor is it required reading for being a successful director. This list is just a good sampling of what’s out there. We always recommend, since film genres spread far and wide, that personal recommendations from friends are best. Nonetheless, here’s our list:

This is a film school 101 class in the form of a 124-minute thriller. There are many lessons a filmmaker can learn about pacing and building suspense. Also important, this was considered a rather low budget film (at least, by Hollywood standards). Yet, Spielberg was able to build a movie with considerable “bang for its buck” with some creative directing decisions.

This is a classic. And, the genesis of a very impressive series. If you like the first, you’ll love the rest of The Godfather movies and they are each impressive in their own right. Keep your eyes focused on the lighting and how that adds to character. There are also some pretty good time manipulations at work in this film.

This is another classic. There are a lot a great qualities to look for in this film. Keep an eye out for camera angles, specifically on the protagonists and antagonists of this film. This film also features some time manipulation techniques. And, it has one of the most famous movie lines of all times.

Dialog can dictate pacing and so many other editing decisions. This film is a great example of how to edit dialog. We nearly recommend watching this with your eyes closed, just to see (hear, rather) what we mean.

Star Wars is a classic example of all the decisions a filmmaker can make to enhance the antagonist’s character in the film. Count the techniques that George Lucas uses to make Darth Vader more and more sinister. And, then creatively apply them to your next film.

David Lynch could be one of the most successful, unconventional directors. Although, it’s difficult to measure one’s success when speaking of unconventional filmmaking techniques. Take a look at how this story is pieced together. It may change your perspective in what can make good storytelling.

This film is not an award winning film by any means. However, it has some of the best special effect transitions. They’re done so well that you hardly notice they are there. If you like creative transitions, you’ll find them in abundance on this film.

This is an incredible-looking black and white film. But, what you want to keep an eye out for is some of the unusual camera angles at the end of the film. Also think about how the music affects the editing decisions.

This film features some of the most unique art direction and it plays out in the film in interesting ways. Think about how a scene or props can interact with the story of the film. Also, there are some unusual shot sequences that replace an opening wide shot with opening close-ups. It’s a rather unconventional technique to open as scene. See if you can find them.

This film is another great “low budget” example that has a big creative idea. The editing and overall direction has moments of being overly expressive. It happens to be a theme throughout the film. Ask yourself why that is and try to make any connections with the characters of this film.

It takes a while to develop, not only your skills, but your tastes and style of filmmaking. For beginners, it’s a good idea to sample what’s out there and see if you can find something that inspires you. More important than that, however, is to stop watching and start doing.

Side Bar: Behind the Scenes

When buying or renting movies, look for those that have Behind the Scenes or Director’s Commentary on the bonus material. You’ll learn a lot about why the director staged a particular shot, made a technique work, or had to work-around a difficult, (or expensive) procedure. Yes, even Hollywood blockbusters have to consider budgets.