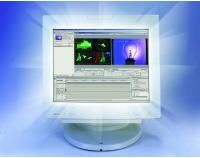 Your big video debut is only days away! You’re hunkered down over your edit bay cutting your scenes together and you’re happy with the way your show is coming together — except for one nagging thing. All your exterior scenes look really bright and when you move to the interior shots, they look too dark. It’s bugging you. How can you get your bright and dark scenes to match more closely?

Most modern camcorders have plenty of state-of-the-art circuitry that helps a videographer keep her shots exposed properly. In automatic mode, a well-tuned modern camcorder typically locks on to the proper exposure settings. And, many times, that alone is enough to balance shots pretty well for editing.

One of the first steps budding videographers can take to graduate from camcorder basics to more advanced skills is to go off auto and learn to control the picture parameters manually. In fact, manual control with its ability to handle problems that a machine cannot, is the difference between the pro and the typical home shooter. Camcorder brains often make mistakes exposing severely backlit scenes or spot-lit stages in dark theaters. From experience, professionals confidently handle these challenges.

And brightness challenges are everywhere. In fact, over or underexposed shots are so common that every editing package on the market has sophisticated tools to correct brightness problems in post. Of course we all know that post is literally the last place you want to solve problems.

For NTSC television in the US, the bottom limit of picture brightness was set at 7.5 IRE. This defines the “black level” or “pedestal” of a video signal as seen on a waveform monitor (Figure 1). At the top of the scale, 100 IRE means full brightness, full white or the white level (Note: not white balance).

When video went digital, the range of brightness was divided into 256 digital steps, from zero to 255. Our fundamental goal when exposing a scene is to make sure that what’s bright stays bright, what’s dark remains dark and that everything in between makes good use of the luminance bandwidth, those 255 levels the system provides. The key to success with all of this is in the standards.

Setting Up Your System

The basic tool we need is a signal called “SMPTE color bars.” Now be careful here. Some low-end programs and inexpensive video switchers or other devices will only output full-field color bars. While these can be useful for setting a color balance for a monitor, they won’t work for calibrating monitor brightness.

In Figure 2, you can see the correct bars for setting a monitor’s brightness. Color bars provide engineers with lots of information about the signal being passed through a system. The basic brightness information fills one small part of the test signal near the bottom-right of the screen, where you’ll find a series of three small horizontal black boxes. If the monitor is set incorrectly, you probably won’t see three bars at all, just a black space.

The right most of the three boxes is the key to calibrating your monitor for the correct brightness. It’s called the PLUGE (Picture Line-Up Generation Equipment) bar or pattern. The pluge is an area of 80% black. To the left of it is a bar of 100% black (7.5 IRE).

Calibrating the brightness of any TV or monitor is as simple as turning the brightness down until the a bar disappears and then inching the control up until you can just barely distinguish a difference between the three.

If your editing suite has more sophisticated video diagnostic tools like a waveform monitor (WFM), you can perform adjustments that are even more accurate. Figure 3 shows the screen of a waveform monitor reading the values of a video signal. If you feed those same split field bars to the WFM, the pluge would fall precisely at the 80% line.

We’ve also highlighted the 100 IRE line. If the brightness value of any part of your signal goes over 100 IRE, it’s said to be illegal in broadcast video terms. And if you’re hoping to get your work broadcast locally or nationally, illegal video is a very bad thing. Digital video cameras can never go over 100 IRE. Most editing programs have brightness limiting or clamping tools so that you can get your brightness levels into the correct range for broadcast.

It’s also valuable to check tapes you shoot with a waveform monitor. Notice how balanced and well distributed your signals look across the face of the waveform monitor. Large patches of deep shadow will show up as troughs on a WFM. Bright areas will spike higher. Looking at the display, you can see how well-balanced your shots are with respect to brightness and whether you’re capturing good mid-range tones, which is often an objective sign that a scene has been well-lit and has good visual depth.

Now that we’ve seen how the measurement tools work, let’s turn our attention to the post-production brightness controls in your editing software and examine how to use them to for video problem solving.

As you know, brightness raises or lowers the overall brightness level of the entire shot. Contrast, on the other hand, defines the difference between the brightest and darkest parts of a scene. A low contrast scene is all gray, while a high contrast scene has dark blacks and light whites.

Another common brightness manipulation tool, gamma correction, is available in many video editors. Roughly speaking, gamma focuses on enhancing or limiting the brightness of the mid-tones of a picture, a range that contains much of the pictures visual depth.

Playing with the brightness tools in your editor is easy and the results are simple to interpret and watch in real time. When you work with clips with big brightness or contrast problems and apply brightness, contrast and gamma filter adjustments, improvements are obvious. And if you’ve properly set up your monitor with the pluge, you can trust your eyes to give you an accurate reading of the results.

Using just these controls, you can correct many of the problems of over or under exposed shots in post. Many, but not all. That’s because in order to manipulate data, you need to have the data to begin with. Remember how we said that digital video cannot go above 100 IRE? You won’t be able to lower the brightness of anything at 100 IRE and recover any detail at all. Likewise, 0 IRE (or 7.5 IRE) blacks will show no detail whatsoever no matter how high you drag the brightness slider.

There will never be a control on any camera or in any magical editing suite that will be a real substitute for learning to shoot good pictures in the first place.

SIDEBAR: So What is a Radio Picture?

The IRE standard came out of the Institute of Radio Engineers: this stuff was figured out when there was no TV, hence no Institute of Television Engineers or even any television engineers. Nowadays, the IRE has been replaced by the IEEE (say “Eye-triple-E”) units, which means they’re established standards of the Institute for Electrical and Electronic Engineers. Everyone still talks about IRE anyhow. Now if we could just figure out what an RKO Radio Picture was…