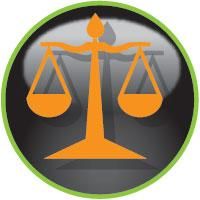 Don’t Be a Video Voyeur… Professional videographers should always be savvy about their subject’s privacy and space.

Recent cases involving “video voyeurism” have provided surprising revelations about general filming in public. How much privacy can individuals reasonably expect in public, and what laws apply to videotaping in places like parks, sidewalks or even fitting rooms and tanning salons?

Of course, you should avoid creating a nuisance with your equipment or staging, if you are videotaping a piece with characters and a plot. Do not endanger people, landscaping or animals. The best approach is to let daily life go on as usual while you make your video. Be respectful of people who do not want to be in your production; some people simply do not want to be on-screen, so just turn off the camera or edit them out. It is also important to be attentive to your own privacy: make sure you don’t film your address or your license number. Be careful also to disguise license plates on cars that drive into your movie.

Surprisingly, the law states that no one should expect privacy in public places. The First Amendment protects free speech, which means that no law enforcement official can prevent the filmmaker from pursuing his activity on the street or anywhere else. But that also means that no private person may interfere with the movie maker. Of course, good taste, respect for others and the desire to generate good will for your work all suggest that a serious filmmaker would avoid embarrassing people who enter the frame and exposing them to audience ridicule or censure. Cell phones and other barely-visible filming devices have made it easy to catch unsuspecting people in awkward or compromising positions and to broadcast the images anywhere in the connected world. But such filming is invasive, hostile and rude, even when it is lawful.

This may seem like common sense to anyone with manners and a minimal sense of honor, but legal cases involving the surreptitious taping of unsuspecting people in compromising situations has made the issue of privacy in public more liable to interpretation, and it is unclear how to curb this activity without violating the Constitution. Video voyeurism is on the rise, and you may not be safe even in your own home. People have discovered cameras in motel rooms, public locker rooms and showers, tanning salons and changing rooms, but also in private bathrooms and bedrooms.

In the late 1990s, a Louisiana couple discovered a neighbor had hidden a camera in their home; they were astounded to discover that the neighbor’s action was not illegal under state or federal law. Under pressure from several other families victimized by the same man, the Louisiana governor in 1999 signed a bill making such secret filming a felony. These cases are being handled state by state, so there is no consistent legal principle to refer to. In Florida, such taping is only a misdemeanor.

In Washington State, two men were convicted separately of taking secret fetish photos of women in shopping malls; one used a shoe camera to shoot underneath women’s skirts, another shot “down the blouse” pictures. Both men were found guilty, but the Washington State Supreme Court overturned both convictions on constitutional grounds.

YouTube has at least 27,000 videos tagged as “upskirt;” there are about 10,000 on Flikr. The Video Voyeurism Prevention Act of 2004 forbids photographing a naked person without permission. Women are most often the subjects of these privacy invasions, though professional male athletes have mounted lawsuits after finding hidden cameras in team locker rooms. Sentences can be fines up to $100,000 and a year in prison, but the law still fails to assert the right of anyone to personal privacy in a public place, even when engaging in a clearly private activity like using the restroom. Perhaps the most egregious exploitation of this absence of legal clarity is the Girls Gone Wild videos: college girls, partying at spring break or other venues where alcohol and drugs are easy to find, are encouraged to strip and/or dance for the cameras. The filmmakers argue that the girls consent to being filmed; critics, legal and artistic, wonder if consent is possible when the girls are inebriated and possibly drugged. Several girls sued the filmmakers for marketing the films online without their knowledge. The filmmakers have also been in federal court on charges they have consistently failed to keep records documenting that participants are of legal age, a point to keep in mind when the performer signs your release form.

It’s been a long time since TV viewers heard the words, “Smile, you’re on Candid Camera,” followed by avuncular host Allen Funt’s assertion that the show merely “caught people in the act of being themselves.” In those days, there was no World Wide Web and no tiny cameras hidden in shoes or gym bags. It was all gentle and consensual, and only mildly embarrassing. If people were not necessarily more innocent then, at least they lacked the means to act out the impulse for voyeurism as invisibly as we can today. As long as the law remains hazy, the products of such unsavory activities will continue to damage individuals and filmmakers who have an honest interest in creative self-expression. 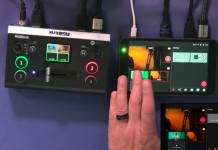