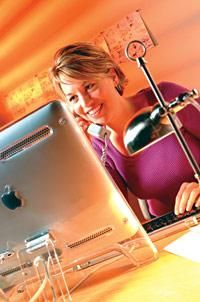 You may be eager to get out there and start recording your next video masterpiece. But do yourself a favor. Plan out all aspects of your production before you head out on location.Let’s say that you’ve planned a location shoot at a restaurant so you can get some shots for a production. You told the owner you would be there at 3 p.m. Suppose you have some other shots to do in the morning at several locations. If you didn’t prepare a schedule, you have no idea how long any of them will take. Each shot will undoubtedly take longer than anticipated, you forgot to allow for travel time, the crew is hungry (don’t forget time for lunch!) and when you finally get to the restaurant, you are two hours late. The owner now has to take care of the dinner crowd and you’re out of luck.


You didn’t get into video to become a bureaucrat. You bought your camcorder and gear to watch your visions materialize, to breathe life into ideas, to create a piece of truth where moments before there was merely air. These are laudable goals. The problem, however, is actually achieving them. And that takes planning.


Your time is valuable. Spend it like you would spend money. To make sure you get the most value from your effort, you have to do some preparatory work before your finger hits the Record button. There is a saying in the biz, "Everything takes longer than it takes." That means that no matter how well you plan, something will probably happen that you didn’t anticipate.


You can minimize the pain by doing your homework. Many professionals spend as much as 90 percent of production time in the planning process. Alfred Hitchcock was famous for planning his films in such minute detail that he found the shooting process dull. He had already seen the movie in his head and the rest was mere mechanics. You may say, "Hey, I don’t want to be bored when I’m shooting," to which I say, "Is your name Hitchcock?" All right, then.

If you’re serious about choreographing a video production from start to finish, you will need a script. It doesn’t have to be an elaborate document. In fact, it can be an outline scribbled on a napkin (although they have a habit of disappearing during lunch). Just make sure that the script helps you understand what needs to be shot and it will do the job.


Work with "split-format" (audio/video) scripts and "film-style" scripts. Split-format scripts are ideal for short projects, like 30-second commercials or industrial videos, while film-style scripts lend themselves to dramatic productions. You can easily use your word-processing program to set up a table and create a script that looks like Figure 1a. The same script done film-style would look like Figure 1b.


If you plan to write for the film industry, this format must be absolutely perfect or your manuscript will be tossed without a second look. There are software programs available that can make this process easier (See the Film Script Software sidebar).

Once you’ve written your script, you can begin to plan like a pro. First, break the script down into shots. In our example, we have three shots: one, a mailman walks up; two, close-up of a dog, and three, the dog attacks the mailman. Now it’s time to create the next document in our bureaucracy of video, the production schedule.


Using the schedule will help you during planning in many ways. You will know approximately how long it will take to shoot shot sequences, what props and equipment you will need, how many crew members to bring and when to break for lunch.


It can be helpful to take the split-format script table we illustrated earlier and add some more columns to it. As you can see, planning is all about detail. The script should tell you everything about each shot. Using this information, you can create a production schedule to illustrate how much time it will take to achieve the script’s needs. The far-right column indicates times for each shot. Here are some rules of thumb that will help you put numbers like this to your own schedule.