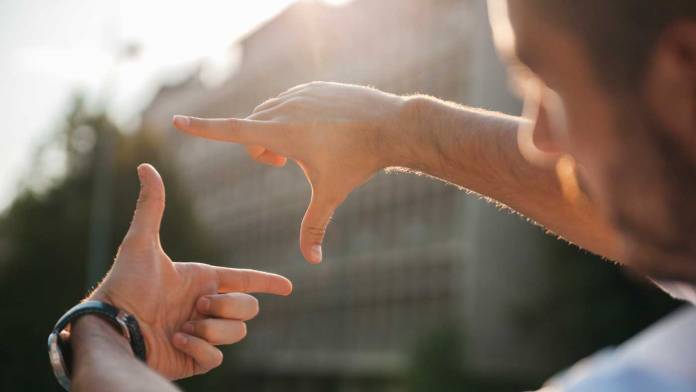 The preliminary work of pre-production is probably the most important work you can do to ensure a successful filmmaking experience. From what’s your story to where’s the glory is a journey every filmmaker travels, regardless of the scope and ambition of the film. Let’s walk through it.

Many screenwriters will begin the creative process by trying to express the core concept of their movie in 30 words or fewer. This is called a logline. A logline can be a brief but succinct summary of the script — great for pitching — or it can be the first baby step towards writing the screenplay.

See if you recognize the movie from this logline: “A meek and alienated boy finds a stranded extraterrestrial. In order to help the alien return to its home planet the boy must find the courage to defy authorities.”

Of course, that’s ET. There’s a lot going on in this sawed off expression of the movie. We know the main character, we know his personality and we know the obstacles that might keep him from doing what he’s gotta do.

The craft of expressing what your film is about in one or two sentences is worth learning. Screen story consultants suggest that until you hone this skill, chances are you’re not ready to pitch your movie. Whether your film is self-financed, crowdfunded or made through the grace of a wealthy uncle or two, logline crafting is an invaluable process because, at the end of it, you’ll have complete command of your film’s story.

It’s no secret that a snappy logline can get you higher up the food chain and that a well-pitched movie idea can get you from story to glory. Capture the curiosity of a producer with a convincing expression of your story and next thing you know, you’re doing meetings.

Paper Trails to You

A lot of pre-production activity is about developing production and management tools — documents and roadmaps people use to keep the project on track and moving forward. The most important of these is the script or screenplay. But, most writers will develop a treatment or an outline before detailing the action and dialogue in every scene of a script.

Your process might be to simply expand your logline. Write out several paragraphs, describing the main characters, the good guys and the bad guys and the action in major scenes the way you imagine it up on the screen. One screenwriting teacher I know has her students write a short story version of their movie before adapting it for the screen. Not a bad discipline, and certainly one way of shaping the story idea into a narrative with a beginning, middle, climax and end.

However you approach it, one to ten pages seems to be the current preference for treatments.

The Play’s the Thing

Once story research is complete, most writers will proceed to an outline. Think of an outline as the step between treatment and script. If you remember essay outlines, you’ll do fine with script outlines: Every bullet represents a scene. Write a short paragraph with a bare-bones description of the scene: the location, the action and the characters.

The outline will serve as a blueprint for writing the more detailed screenplay. Whereas treatments and outlines might have a sampling of dialogue to show how characters talk, the screenplay gives details about how characters interact and talk to each other. In a screenplay, every word of dialogue is written out.

There is no shortage of how-to screenwriting resources to sample from, including books, videos, workshops and screenwriters’ retreats and online communities. Plenty of excellent screenwriting software is available online and off the shelf. Tools like Final Draft and Movie Magic take care of all script formatting automatically.

A screenplay is a roadmap, not only for the twists and turns of your story, but also for what happens in production.

A scene description, the where, the what and the who, will tell you exactly what elements you need to shoot, have available or create for the scene: actors, wardrobe, props, vehicles, extras, special effects, animals, etc.

The way to manage all these elements for production is to break the script down. This means creating more paper that shows you at a glance what these elements are. Production management software, such as LightSPEED, Gorilla and Movie Magic Scheduling, does this for you by producing a breakdown sheet for each scene. The script breakdown sheet itemizes all the scripted elements you need on set on shoot day.

Breaking the script down shows you how long things will take — important information for making a production schedule and budget. Typically, a producer or first assistant director does this work. If you’re an indie filmmaker working with a skeleton crew and low to no budget, start learning how to break down a script yourself.

The script breakdown will give you a reliable picture of the scope of your film project. A good time to start looking for cast and crew is when you know the production schedule and budget. Based on what you need to make the picture and how much of a budget you have to work with, you can have honest and meaningful conversations with your collaborators about whether and when and how much you can pay them.

The reality of a first-time Indie filmmaker includes low or no budget guerilla filmmaking. If this is you, that doesn’t mean you can’t get more experienced production people than yourself to work with you. Here’s how. Don’t overhype your project and make unrealistic promises you can’t keep. Instead, pitch your project, sell the uniqueness of your story idea. Let prospective cast and crew know that you’re organized and have your production management act together. Hand them the script. Most people want to be involved in worthy and interesting projects with directors who are passionate about their films, even if there is little or no pay this time around.

Most people want to be involved in worthy and interesting projects with directors who are passionate about their films, even if there is little or no pay this time around.

If you want or need to look outside your immediate circle for people to work on your movie you can find them on classified websites, industry job boards that specialize in film, TV and video production. Two of the most popular online industry marketplaces are Craigslist and Mandy. On both sites you will find as many talented people willing to work for credit as you will seasoned pros.

Go to your city’s website for Craigslist. Under the GIGS section click on CREW. Here you’ll find people looking both to buy and to sell production services and opportunities. The site is patrolled by pros, semi-pros, students, a rainbow of hopefuls, many with films or shows on the go that need collaborators to make them happen or move them forward. The ads are free. Community chatter about Craigslist is that whether posting for crew positions or cast, the best policy is honesty. Be transparent. Let people know the production reality of the project. Your ad for cast and crew positions should state whether the job is fully paid, low pay or no pay. For indie and DIY filmmakers looking for actors and production technicians Craigslist is a useful place to start. But as with most things on the internet, buyer beware.

Mandy is an online film and television production directory. Like Craigslist, it’s also a production services shopping mall. Since Mandy classifieds only deal with film and television production, you’ll find a lot more variety and range in project scope and people’s experience than you would on other classifieds websites. Whether you’re looking for an on-line editor or a DP, a female lead or a script assistant, you can find collaborators in online listings on film industry websites like Mandy.

Most pro camera and sound people come with their own gear. If you’re on a shoestring, compare their rates with renting the gear only and having your team members operate it.

Writing out a shooting plan or a shooting script is the last pre-production activity before shooting begins. Think of the shooting plan as an enhanced screenplay or a shot list on steroids with details of what and how things are shot.

In a screenplay, scene descriptions describe the place and the action, whereas in a shooting script, camera set-ups, dolly moves, shot sizes and coverage are all written down.

An easy way to work with the plan is to make a production binder which is an integration of what is shot, (the screenplay) and how it is shot (the shooting plan). Mount corresponding pages of the screenplay and shooting plan on opposite pages in the binder for easy reference. Listen to experienced production people when they tell you not to plan too much for one day. Be realistic about how long a scene will take to shoot. Think about set construction or decoration, make-up, camera and lighting set-ups, rehearsals, the actual shoot and striking the set.

Pre-production is where the business of making your movie begins. Remember, there are many tools and resources online and on shelves that will help you with the most important phase of the movie making process. Due diligence during pre-production will make your filmmaking experience manageable, even satisfying. Without story you have nothing to shoot. Without production management tools you’ll get lost and shooting without a plan is like travelling without a roadmap in a foreign land.

The rules for screenplays are more stringent than for treatments. Screenplays are highly formatted. North American (read Hollywood) screenplays are approximately 90 pages long, about one minute of screen time for every written page and constructed in three acts of classic storytelling. Act I: Everything in the ordinary world of the hero is ok until about 30 pages in when an inciting incident propels the story in a new direction, things go sideways for the hero and for their community. By the end of Act I we know the main problem in the story — what needs to be done to set the world right again. Act II: Pages 30 to 60 are packed with action and plot twists. The hero and sidekicks are mostly busy fighting off bad guys or trying to overcome other kinds of obstacles to fix the problem. At the end of the act the action rises to a do or die confrontation or climax where hero and opposing forces fight to the death. Act III: The world is right again, the hero has been made stronger by overcoming their obstacles. The story is quickly resolved, loose ends are tied up and we are shown what’s changed to make the world right again. The End.

This cookie cutter template of a Hero’s Journey is familiar because we’ve seen it superimposed on many Hollywood action, sci-fi and fantasy thrillers. Think Star Wars, Lord of the Rings, Harry Potter, The Matrix. The Hero’s Journey has dominated training for screenwriters largely as a result of Christopher Vogler’s A Writer’s Journey, considered by many to be the screenwriter’s bible. Vogler took the core principles from Joseph Campbell’s 1949 classic The Hero with a Thousand Faces, about the basic pattern for universal storytelling, and applied them to screenwriting. George Lucas admits to the influence of Campbell’s work on his Star Wars films.