Audiences won’t buy into a movie, the story and the characters if the acting is not believable. It doesn’t matter how impressively staged the action is, how clever the plot or how dazzling the effects, if authentic human emotion isn’t up on the screen we lose interest. And that’s where good directors stand out. They’re superb at directing all of it—the camera, the action and the actors. The quality of the director-actor relationship can make or break a movie.

Now if you’re just starting out and maybe not even calling yourself a director yet, how do you get believable performances from your actors? We did some of the research for you to help you get started with the most common dos and don’ts about directing actors on set. But before you start shouting “action!” and yelling “cut!” let’s open the manual to where it says, “A director should always be prepared.”

The script is everything. Every director, including you, will bring a unique vision to a script or screenplay. Give the same script to ten different directors and you’ll end up with ten different movies. There is no template or formula for getting what’s on the page up onto the screen, except when it comes to preparation.

Always sit your actors down for a table read, first. Study how the actors’ characters interact. As they go over their lines, be prepared to readjust the script if words don’t flow well or lines don’t fit the character.

Nail down the script during pre-production. Sit down with your actors for a table read before cameras roll. And listen. Make sure that what’s coming out of each character’s mouth sounds believable. If it doesn’t, fix it right there and have everybody write it into their copy of the script. Actors will be happy to help you with this. If a line doesn’t sound natural to them, they’ll offer suggestions for making it better.

When shooting starts you’ll be busy making a thousand logistical and technical decisions so it makes sense to have complete command of the story and of all the characters prior to shooting. Even more important, help your actors achieve the same.

Spend time off set with your principle actors and work out the objective of every major scene and how it advances the story as a whole.

The purpose of a scene might be to signpost a plot turn or to establish a transformation in one of the characters. For example, “In this scene we see Mary lose her confidence and turn from leader and instigator to fearful and suspicious bystander.” You’ll be reminding actors about these transformations when shooting starts to ensure matching and consistent performances in subsequent scenes. A read-through of the script with the cast is a good idea for scene-by-scene story orientation. It also helps with working out subtext.

In a screenplay text is the dialogue and description of the action. Subtext is all the unwritten, but implicit stuff, the themes and metaphors against which the story unfolds. Subtext is also what’s going on inside the character, what he or she is thinking and feeling. Subtext will affect how a character behaves, how she speaks and moves.

The mantra for screenwriters is “What does my character want?” A director encourages actors to own the answer to that question; “What does my character want or need in this scene, in this situation?” You can start shooting with confidence knowing that all your players have studied and understood the roadmap. Once you’ve established the destination for story and characters, you can turn your attention to how you and your actors will get there.

One universally recommended ‘don’t’ for directors is to not show and tell actors how you want something played or how you want a line to be delivered.

Dustin Hoffman, award-winning actor (Tootsie) turned award-winning director (Quartet) says it best, “Allow us the freedom of failure.” Hoffman is expressing what screen actors cherish most when on set: trust.

A director encourages actors to own the answer to the question; “What does my character want or need in this scene, in this situation?”

Trust is the most important ingredient in the director-actor relationship. Trust is about allowing actors to strut their stuff and fully express their interpretation of the character. Crash director David Cronenberg appreciates what actors can bring to the table, “You’re watching something that you’re discovering, like found art. You have to let your actors help you. They love it when they are free to make mistakes.”

Trust is also about running a set that’s a safe space for actors to do their work. Depending on the script, you will be asking your talent to put themselves on the outer edge of their emotions. Patient directing supports actors’ willingness to take risks and gives them the confidence they need to take ownership of the role. When the performance isn’t working, the actor needs a director who is a collaborator, not somebody who will cave in under the pressures of location work and start yelling at actors.

Cronenberg concurs, “A director has to absorb the pressure of time and money but, still has to make the set a safe place, not a punitive place. Not easy to do.”

The ‘hurry up and wait’ conditions actors are subjected to on a film set, the technical brouhaha, and the demands of long shooting days can be distracting and undermine optimal performance. Following are some practical strategies you can use to help your actors be on top of their game. 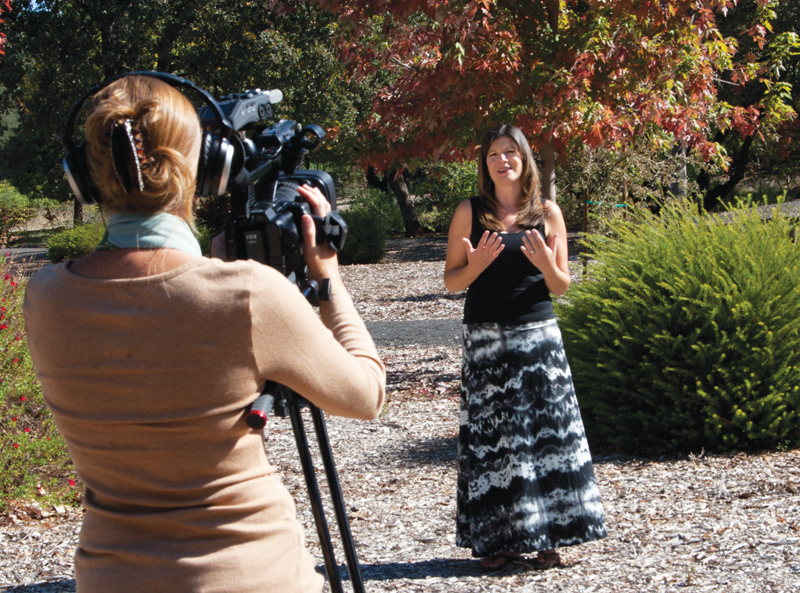 Taking It Up A Notch

A recurring theme we came across while researching this article was that directors who are serious about their craft should consider taking some acting classes. Knowing something about how film actors are trained to arrive at performances will give you powerful insight into helping them achieve natural and believable results. A director who has acted or taken some acting lessons will understand that the best way to be in the moment is to play off other people in the scene.

A director should give actors instructions about doing rather than being. For example, instead of asking an actor to be angry, ask her to fly off the handle; instead of asking her to be sad, ask her to break down. Working with Martin Scorsese on Goodfellas, Paul Sorvino recalls the director’s powerful use of the verb: “Acting is doing something. I threaten, I charm, I beg…what Martin does during the improvisation is encourage the doing of things.”

The internet is rich with content and videos of directors and actors sharing their experiences and insights about their respective crafts. Rifle through the film sections in bookstores and libraries and go online to educate yourself about the importance of the director-actor relationship to the success of a movie. Your movie.

If nothing else, take the following pointers to heart. They could be the springboard from where you will launch your career as director and collaborator in the filmmaking arts.

“The less you talk to the actors, the less you confuse their heads. Let them show you what they are doing with their characters.” – Milos Forman

“I don’t demand that actors conform to how I direct. Some want technical direction. Some want to talk about it and work through a scene until it comes out of them. The toughest thing for a director is not knowing what he or she wants.” – Steven Spielberg

“Actors are human lie detectors. You have to involve them in the creative process. Be honest with actors. They can see through your BS.” – Christopher Nolan

Trick of the Trade

To guarantee a natural performance by a non-actor have them eat something while saying their lines.

Many directors recommended that first read-throughs of the script are done without inflection. Have actors read their parts flat, monotone. Actors, especially inexperienced ones, can lock onto a line delivery and have a problem saying it any other way than how they first memorized it. Even during camera rehearsals, don’t insist on full-throttle emotional delivery. Over-rehearsing emotional scenes can suck the spontaneity right out of the moment once the red light comes on.

When casting non-professional actors consider making your selections based on type. For believability, cast actors whose looks and personalities already resemble those of the characters in the script.

Be a Good Fella

When Joe Pesci had trouble summoning the brutality of his hoodlum character in Goodfellas, director Martin Scorsese gave this advice to his actor, “Don’t act like these people, behave like them.”

Put that pencil to work!