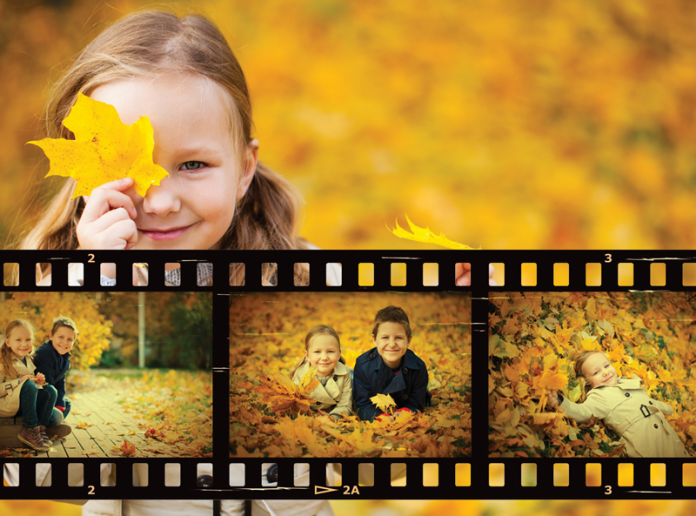 Storytelling is what humans are naturally wired to do. Additionally, we are all uniquely designed to receive stories. Our brains instinctively try to put images together to make sense of what we see. The art of visual storytelling is the ability to use images to convey a certain message.

Because video is a visual medium, it is one of the supreme storytelling formats. If you want productions that will stay in your audience’s mind, you must tell a story. This is true of the news, sitcoms, business presentations and even wedding videos. People may become interested by your stunning visuals and graphics, but the story is what will remain in their mind. On the flip side, your visuals can also contradict your storytelling. Using the wrong framing, lighting or music can actually send the wrong message.

Additionally, the ability to tell your story visually, without dialogue, can open up the entire non-English speaking world. Learning the art of visual storytelling can help you communicate your message to a new audience. Observation is the the key to learning visual storytelling. For example, large corporations often use the same advertising around the world by simply changing a few graphics.

An experiment in visual storytelling

To begin understanding visual storytelling, try this exercise: Turn your television to a drama that you have never seen and turn the sound off. Without hearing a single word, can you tell what’s happening? You may not be completely correct, but your mind will want to make sense of the story. How quickly do you begin to tell yourself the story?

Continue watching until you can tell who is the villain and who is the hero. How can you tell the difference? Is it a matter of lighting? Is there a difference in the framing of the shot? Start watching TV and movies in this way; watch for the visual story.

You will also find visual storytelling in the art of architecture. It seems that no one does it quite the way the pros at Disney do it. If you want to understand their storytelling, immerse yourself in the art at one of their theme parks. You see, as Walt Disney created his first park, Disneyland, the visual story was formats in his mind. He called upon the talents of cinematographers, lighting designers, art directors and more. He titled these professionals “Imagineers.” He charged them with creating rides and attractions that tell stories entirely with visuals and music.

Today the Imagineers will tell you that Disney’s tradition is even stronger now. Everything they do revolves around telling a story. The Disney pros say that even the shops and restaurants have stories. The story process for everything begins even before the design process. They apply the same concepts found in visual storytelling to architecture, interior design and ride design. As you walk around a park, or even one of the hotels, look for the angles and lighting. Ask yourself who is the hero and who is the villain? Where is the conflict?

The elements of a story

What makes a good story? Every story, whether visual or not, has to contain several elements or it’s not a story. A story needs a main character, preferably someone we care about. Second, the character needs to have some kind of problem or conflict. Finally there has to be a resolution of that problem.

This story arc was discovered by Aristotle thousands of years ago. The professional visual storytellers in Hollywood have been using this concept since the silent movie days.

The storyteller’s art is in how well he or she can make us care about the main character and draw us into the conflict. For example, in the original Star Wars, A New Hope, you begin to genuinely care about Luke Skywalker, and George Lucas kept us engaged with his quest. He did this with great visual storytelling. Luke was in his white clothes and Darth Vader all in black. Even the bright planet of Tatooine vs. the colorless Imperial spacecraft demonstrates the hero and villain of the story.

It’s a matter of trust

The eyes are the most basic visual element to be considered when building your story. Specifically look at your a main character’s eyes. We are all wired to look at a person’s eyes. It begins with nursing babies looking at their mother and we never stop throughout our lives. We gain information about other people by looking at their eyes. In building a visual story, the eyes are critical. Always check focus on your subjects’ eyes. It is mandatory for your audience to see the main character’s eyes in most scenes. Eyes in shadows are fine for a villain, but not the hero, unless you’re making a dramatic reveal, like in the Indiana Jones movies when Indy is first introduced. Consider lighting your subject’s eyes with small eyelights.

The placement of your lens to your subject’s eyes is important. The camera is the audience’s eyes. The viewer needs to be at the same eye level, or close to it, to establish trust. Watch the evening news and you’ll notice that the newscasters are always at eye level. In the very early days of television it was discovered that an audience must develop trust the newscaster. If someone is above the level of the camera, they are essentially looking down at the audience. You never want your protagonist to look down at the audience. It’s fine for your antagonist. We expect that. Think Star Wars again. Darth Vader was portrayed by the 6-foot 6-inch actor Dave Prowse. He always looks down at the camera.

Lighting your character’s eyes also plays a big part in the visual story. It is said that director Francis Ford Coppola deliberately didn’t light the eyes of his main character in The Godfather, Don Vito Corleone. Coppola kept them shadowed to make him appear more menacing.

Once we establish who our characters are and we begin to trust them, we need to get to heart of the story: the conflict. In telling a story with visuals, this may be difficult to think through and it does require planning. If your goal is to tell some of your story without dialogue, angles play an important role. Just as having a villain look down to the camera conveys a certain mood. Your subject’s relationship to a person or thing also communicates ideas and feelings. One common scene shows the main character looking up at something, then the camera pulls out and up to show what he or she’s looking at. This shows a conflict. The visuals show the obstacle that needs to be overcome.

Another important storytelling angle is the reaction shot. All of us do this more than we realize. We’re with a friend and someone insults them. We will instinctively look for our friend’s face for a reaction.

The reaction shot is used in dozens of ways like a crowd applauding or laughing, a tight shot of our hero’s eyes looking angrily at the villain, a bride’s mother tearing up, etc. A great reaction shot can add to your story by showing feeling. Of course, lighting can convey many moods as well. Lighting can change the mood of a scene from a happy stroll in the park to a scary, dangerous, trek through the woods. Same scene, same actors, just changing the lighting from high-key with little contrast to a low-key deep contrast look.

If you haven’t already thought of this, this is going to require planning out every shot of your story. If you are planning a completely wordless story, you will have to think differently.You will have to think in shots. As the camera records, think about what every scene says in the visual story. Visual storytelling will often rely heavily on a storyboard. A storyboard is a series of sketches that map out each shot. Don’t worry if you feel you can’t draw, it just has to make visual sense. The storyboard becomes the script for your visual storytelling.

Music also plays a key role whenever you are telling a story without dialogue. Although the concept of music and mood is a study in itself, music has a powerful effect to add to or take from the story.

As you are looking to enhance your project, pay attention to what your music is saying. One last journey to the galaxy far, far away; think about how you could tell Darth Vader was near because of the dramatic Imperial March. It just wouldn’t be the same if this classic villain was introduced with circus music.

Think about your choice of music carefully. Make sure the music conveys the right theme. For example, what does heroic music sound like? What does music do for a conflict scene? Watch your favorite movie and become aware of the music. You can learn a lot from observation.

If your goal is to create a completely wordless video or simply enhance the stories that you are already telling, become aware of the art of visual storytelling. Watch movies and TV with a new perspective. Watch how the various angles say something about what is happening in the conflict. Be aware of how editing and lighting plays a part. Become more aware of the music around you. Ask yourself how all of these change your mood and enhance the story. 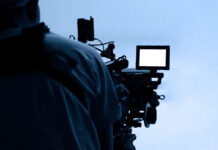 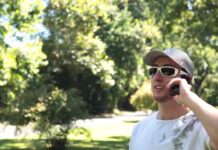