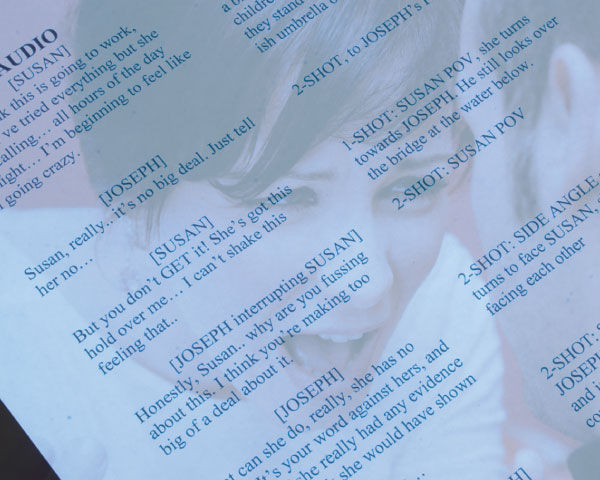 One of the accusations often aimed at scriptwriters is the charge of directing on paper. This is in the strictest of production worlds where writers write, directors direct, editors edit, etcetera, etcetera, etcetera. To overwrite the camera angles and the movements or to embellish the video side of the script with detailed descriptions is a no-no. Many directors consider it a sort of heresy – the writer inflicting his or her vision upon the project.

I received this criticism in a friendly manner rather early in my career when an imported director from Los Angeles came to my studio office with my script in hand.

“Good script,” he started with a compliment. “Although I’m used to seeing screen directions like LONG SHOT – CITY, you tell me what lens to use, how high off the ground the camera should be and the street corner to shoot it from.”

It was, of course, a good-natured exaggeration, but I got the point.

“Do it your way,” I said magnanimously.

And he did, very nicely, too.

Did I change the way I wrote scripts? Not as much as you might think. Frankly, I think directing on paper is an excellent way to create, especially for those just learning the craft of writing for the screen. After many years of practice, I’ve learned to adapt my style to whatever the production circumstances might be. If I’m writing for someone else to direct, I’ll do it his or her way. If I’m writing a show I’ll direct, I’ll direct on paper. If you’re relatively new to video production, I recommend it as an excellent way to hone both your writing and your production skills.

Many inexperienced scriptwriters are print-oriented and tend to think primarily in words rather than in images. If you are using a split-script format, you may then spend hours editing the narrative and the dialog side of the page and dismiss the video side with only a vague idea of a picture. In a worse-case scenario, you’ll have a meandering sound track that doesn’t quite go together with what is on the screen. A scriptwriter has to be aware that images and sound must have a harmony. You don’t write the sound track and try to find pictures to illustrate . . . or at least you shouldn’t. You learn to create sights and sounds simultaneously.

I started out in the industry as a writer-director-editor. In Hollywood, many of these jobs are separate, but in the corporate-industrial field of video production, many of us have such hyphenated duties. I construct a script, scene by scene, picturing each in my mind as I intend it to be on the screen. The actual production may occur a couple or three months after I finish the script, so my screen details are important reminders to me as to what I had in mind when I was totally immersed in the creation of the scenario.

Although I’m not constrained by these screen directions, I am reacquainting myself with my thought processes and able to put on my director’s hat with a great degree of confidence. Quite often, I will make some significant changes as I direct, adapting to circumstances and inspirations, but the core of my production is right there on the pages of my script. Another reason for ample description in the screen direction is that I’m writing primarily for my clients and not necessarily for the production personnel. I plead guilty to writing somewhat dramatic scene descriptions that will evoke the visual mood of the program. Since the images are more powerful than the narrative words, I want the client to clearly see the scenes on the script as I do. If a few adjectives added to the picture portion of the script will help the client visualize the production, I’ll put them in.

See the Story in your Mind First 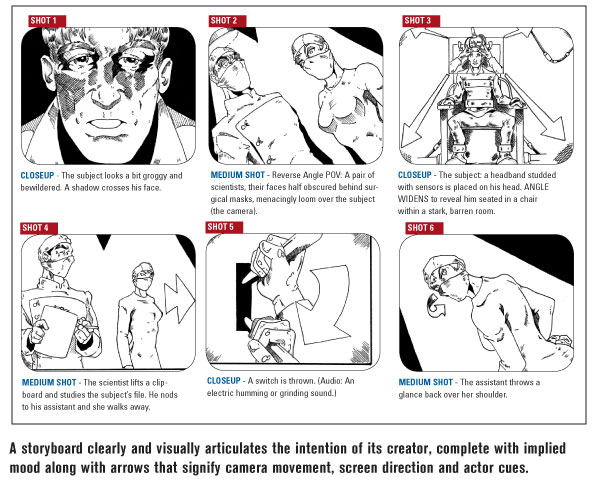 Far from decrying directing on paper, I recommend the practice as a sure means for you to become totally involved in the production, of turning all of your creative senses into the look, the feel and the impact of the program. You have to play the program in your head in the writing stage before you play it before cameras. Before you can direct on paper, before you imagine, before you visualize, you have to do your research and not only on the subject matter. Chances are your production will be shot on location. It is of tremendous help if you know the lay of the land for exteriors, the sizes and shapes of building interiors. 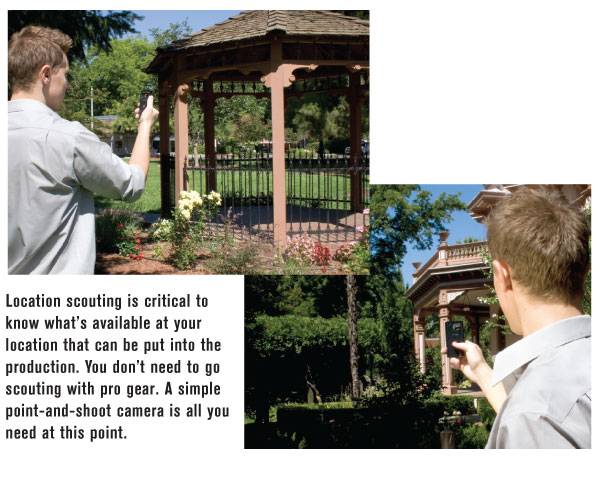 If at all possible, the writer should tour the area, inside and out, where the program will be shot. Once familiar with each locale, you then tailor imagination to reality. Sometimes, site scouting is a problem, especially if the program involves travel to a distant location. The budget may not allow for an in-person visit. Even so, it is important to get some idea of what the place or places will look like Get a detailed description by phone, mail or e-mail. Ask someone with a consumer video camera to scan the areas for you. Even still photography prints will do. Ask for existing photographs, or ask a contact to shoot some for you. You might tell the contact to shoot a panoramic view – the edge of one picture starting where another ends.

Hone Your Skills: Be Part of the Support Staff

One final thought: it is essential for any scriptwriter to know his or her trade. I’ve directed scripts by other writers, including a very few who obviously didn’t know the mechanics of the business. This ends up with the director rewriting the script to make it playable, and that takes a lot of time and effort that rightfully was the responsibility of the writer. A writer doesn’t have to be a camera operator, a lighting expert, or a sound or video engineer, but it helps greatly to know what production people do. I think it’s a fine idea for a fledgling writer to work on a crew – to help put daylight gel on exterior windows, to log scenes and takes, to help rig lights, to push the dolly – whatever it takes to get the feel of the process of production. Then, when you write your script, call upon that knowledge to incorporate your production experience into the program.

Not everyone will agree to the concept of directing on paper. Naysayers will tell you that a film or video production is a director’s medium and screen directions should be indicative rather than specific. I don’t entirely agree. To me, the program begins with the writer’s vision and especially so if you’re also the director.

As you continue your career, you’ll learn to adapt your writing style to the situation required by the client and production personnel. While you’re getting there, as you learn to think pictorially, putting those images on paper is a great help in training yourself to become a great scriptwriter. Try it – you’ll like it.

Jerry S. Drake is a retired writer-director and an author of western novels.