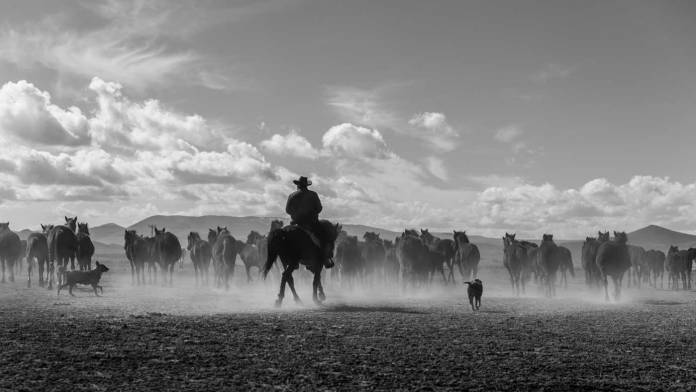 If you see visions of your first Indie Film, or you’re just having fun with the kids, making movies can be fun. Whether it’s a Thriller, a Western, a Comedy or a Romance, they all have one thing in common: they follow a specific Genre.

Genre is not an exact science like chemistry. But what exactly makes a Drama or a Thriller?

The most important step we must take as directors before attempting a genre film is to define what a genre is and then to understand its conventions.

Genre, a French term, derives from the Latin genus, generis, meaning “type,” “sort” or “kind.” So the short answer, when related to motion pictures is: genre is a type of film. A slightly more thorough definition is a well-known film type with immediately recognizable plots, props, locations, subject matter and/or technique.

We, in America, generally agree on the elements of Westerns, and on the components of a Gangster flick. As filmmakers we need to know these components of genre so we can build the specific look, feeling, and concept of the type of film we are striving for. Whether you embrace these “rules” of genre or reject them, you need to know them and your audiences’ understanding of them to correctly communicate your message. We need to break the genre down, understand it, replicate it and (we hope) inject our own artistic flare to make it legit. I’m going to leave the artistic bit to you; here is a breakdown of the conventions that makeup some of the more common genre films.

Locations and props unmistakably mark a Western. The sheriff’s jailhouse, saloon/brothel with swinging doors (and large window for throwing cowboys out of), dusty streets and rolling tumbleweed pretty much describe 99 percent of towns in a western. For backdrop add open desert with a distant mountain range, cactus, the large outcrop of rocks (for ambushes) and the occasional Indian village. Don’t forget horses, guns, bullet belts, leather (boots, trench coats, rifle holders, etc.) whisky, stagecoaches and trains. The characters are often two-dimensional (the case for many genres): The good guy, the bad guy, the incompetent sheriff, the loyal stay-at-home-with-the-kids woman, the fiery prostitute, and the neighboring Indians. Deep love themes are rare, excessive violence abounds and perhaps most interestingly, Westerns regularly explore issues of morality and loyalty. This genre includes The Great Train Robbery (Edwin S. Porter, 1902), The Good, the Bad and the Ugly (Sergio Leone, 1966) and Unforgiven (Clint Eastwood, 1992).

Drama constitutes probably the largest genre because it encompasses a wide variety of films with many sub-categories that include Melodramas, Epics, Biographical and Romance films. Dramas are serious films portraying realistic characters, settings, situations and stories. The main plot usually centers on conflict and this conflict can take just about any orm including current issues, societal ills and almost any injustice imaginable. Dramas
include On the Waterfront (Elia Kazan, 1954), All the President’s Men (Alan J. Pakula, 1976), and Traffic (Steven Soderbergh, 2000).

Comedy is easier said than done. In my opinion, there are far more bad Comedies than good ones. Just as a very small handful of your friends have the ability to make you laugh until your stomach hurts, so too with producers, directors and actors of this genre. How do you make a good Comedy? Make it funny (I can’t tell you more than that. Ask your friend that makes you laugh until you cry why they are so funny and I think you will get a similar curt answer). Sub-genres include Slapstick, Verbal, Screwball, Black/Dark comedy and the Parody/Spoof. Some of the better Comedies include Some Like it Hot (Billy Wilder, 1959),
Airplane! (J. Abrahams, L. Nielsen, J. Hagerty, 1980) and Best in Show (Christopher Guest, 2000). Bear in mind, however, that what I think is a good comedy will not necessarily be unny to you; comedy, as a genre, is very audience-specific.

These genre films involve the underworld workings of mobsters, bank robbers, violent criminals, and general thugs. The main sub-genres are Film Noir, Gangster and Detective/Mysteries. Crime/Gangster movies generally show the secret life of a solitary underdog who must rob, steal, outwit and strong arm his/her way to the top only to fall back down in the end (usually in a bloody way). The films are usually morality tales of young immigrants or other outcasts who can’t follow the “legitimate” avenues to the wealth, status and material possessions that make up the American Dream. Movies include The Godfather trilogy (Francis Ford Coppola, ’72, ’74, ’90), Scarface (Brian De Palma, 1983) and Natural Born Killers (Oliver Stone, 1994).

These films often blend suspense with other genres such as Action, Crime, Western or Horror. The audience sits on the edge of its seat through these overly exciting, nail-biting, shoulder-tensing, hair-pulling 90-minutes of anxiety building towards a life-threatening climax. These adrenaline-pumping films cross a wide swath of plots, character types and settings as the genre itself crosses many boundaries. Thriller/Suspense ilms include Psycho (Alfred Hitchcock, 1960), The Shining (Stanley Kubrick, 1980) and Saving Private Ryan (Steven Spielberg, 1998).

The goal with a Horror film is to entertain by placing viewers in their deepest nightmares (or inventing new ones for them). Recent films rely heavily on jump-out-of-the-dark scare tactics accompanied by a terrifying music/silence combo and/or outrageous computer-generated special effects. I prefer the subtler tactic of fearing what I can’t see, as in Jaws (Steven Spielberg, 1975) or Alien (Ridley Scott, 1979). Both of these films, like most every horror film, rely heavily on sound effects and music. A few examples of the Horror genre include Frankenstein (James Whale, 1931), The Exorcist (William Friedkin, 1973), Se7en (David Fincher, 1995) and Underworld (Len Wiseman, 2003).

Musicals and Dance movies were once known as Broadway on film but have since branched out to include more recent popular music forms (from Elvis Presley to The Ramones to Saturday Night Fever and The Blues Brothers). This genre usually relies on heavily choreographed, spontaneous outbreaks of singing and often times outrageous dance moves. The early pictures were over dramatized and often escapist in nature. Though this genre boasts an impressive body of work, the Musical has mostly fallen out of fashion of late with a handful of exceptions. Films include The Jazz Singer (Alan Crosland, 1927), The Wizard of Oz (Victor Fleming, 1939) and Chicago (Rob Marshall, 2002).

Capitalizing on society’s fears of–and fascination with–technology and the great unknown, Science Fiction films, usually set in the future and/or in outer space, are recognizable by their futuristic gadgets, alien life forms, light-speed space craft, and plots and scenarios that are outside our normal comprehension. The dramatic settings, both onboard spacecraft and on distant planets, usually require healthy budgets or, as in the case of The American Astronaut, (Cory McAbee, 2001) artistic ingenuity. Plots all too often build toward total annihilation of the human species only to be saved in the final seconds by the film’s hero(s). Films include Metropolis (Fritz Lang, 1927), The War of the Worlds (Byron Haskin, 1953) and The Matrix (Andy & Larry Wachowski, 1999).

What makes squeezing films into “types” very different from the clearly defined sciences such as chemistry are the many subcategories, crossovers and the films that don’t fit into a genre. Some academics claim there are over seventy genres plus subcategories.

Some film professionals don’t like the restrictions placed on the art form by having a biology-like system of classification (kingdom, phylum, class, etc.). Whether you embrace this system of classifying film or not, it helps to know the conventions of genre that your audience and critics have already agreed on in order to make judgments on how you will or will not direct your film.